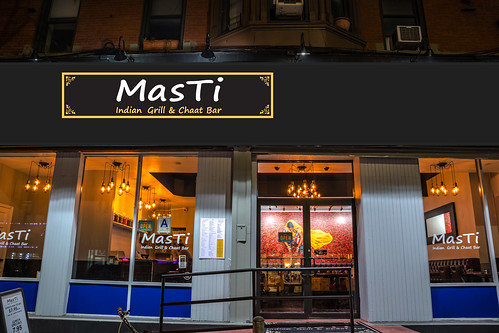 Masti Indian Grill and Chaat Bar, located in Brooklyn’s Williamsburg neighborhood, specializes in the Indian street food called chaat. It is the only New York restaurant which serves tanjy (which means “little sour”) chaat. Many curry dishes are on offer in addition to the house special black pepper curry. Vegan dishes are featured too. 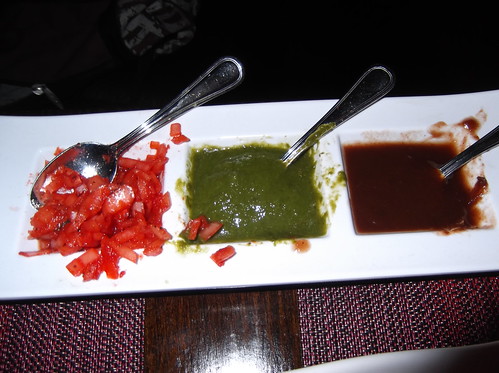 Upon arrival I entered a dark and intimate square room and listened to the relaxing Indian music playing in the background. Chandeliers adorn the ceiling. Spice jars are lined up on a shelf above the bar. Yesterday’s popular culture again came to my mind in terms of the upholstered chairs surrounding tables in the middle of the restaurant which evoked the one Archie Bunker sat in on All In The Family. The large bright picture of an Indian woman holding spices located on the rear wall enlivened the interior. 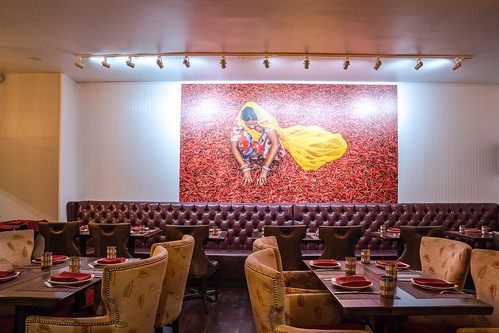 My server provided a rapturous description of the Biryani entrée with rice, vegetable, meat, and shrimp. All the entrées are all priced under twenty dollars. When perusing the menu, I was bemused by the special dinner called Oh Calcutta Chaat.  I immediately caught the reference to the 1969 infamous play, Oh! Calcutta!, in which naked actors appeared on stage. Luckily diners are free to order this dish while fully clothed! 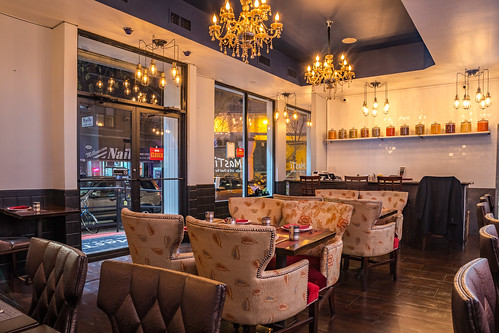 I was first served flat crunchy bread resembling Indian matzo accompanied by sweet green cilantro sauce, spicy brown sauce (called taramarine sauce), and red peppers. The Lasoni Gobi appetizer contained chicken, red and green peppers, and onions. The chicken was at once crunchy and not overly breaded. The spicing was tangy but not mouth burning. The portion was so big I thought that it was a main dish. 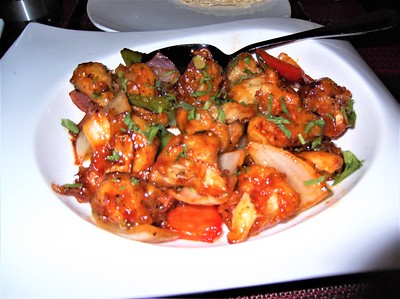 I ordered the chicken dishes of Tandoori Murgh and Murgh Tikta. Both entrees consisted of succulent chicken which seemingly melted in my mouth. I love the red tandoori color which appeared to be particularly emblazoning set against the background of the interestingly shaped white plates. The heaping bowl of basmati rice was particularly satisfying as an accompaniment to the chicken. 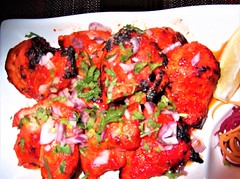 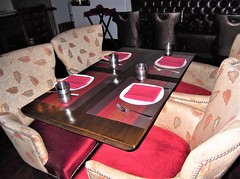 The servings were huge to the extent that I asked for a doggie bag for my nonexistent Indian-food-craving canine. I am not sure if it is gauche to ask for a doggie bag. But I am glad that I did because these were among the best chicken dishes that I have ever eaten. Do go to Masti and replicate my wonderful experience! 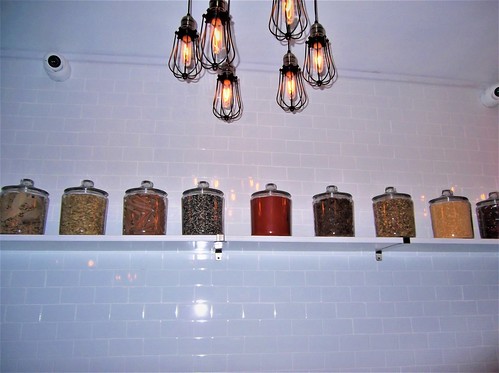