Home/Food and Beverage/#BDOYL: Thrillist’s Best Day of Your Life!
Previous Next We celebrated the longest day of the year at Thrillist‘s second annual Best Day of Your Life (#BDOYL) holiday. While we thought last year’s festivities were pretty awesome, this year Thrillist stepped it up by taking over the East Village with tons of food and drinks along the way. Bar crawlers were given a handy map and punch card to navigate ourselves through the East Village. As I was hungry from the anticipation, after checking in at Webster Hall we made pir way first to Dos Toros Taqueria for a carnitas taco topped with creamy guac. The second stop was to the Nugget Spot for some bacon-covered nuggets dipped in honey. Over at Double Wide we enjoyed loaded tater tots with a side of beer and airbrush tattoos. Definitely a good way to start the day. Juke Bar served up a delicious mint julep at the bar and in the back corner served up BaoHaus pork buns. Already World Cup celebrations were underway with football paraphernalia. Percy’s Tavern also screened the games all day, drawing a large crowd of fans.

Empire Biscuit served a custom Thrillist biscuit with pork and just a touch of veggies to make you feel better about yourself. Showtime’s new show Ray Donovan hosted a whiskey tasting with snacks from Landhaus bacon and custom-rolled cigars, and guests went head-to-head (in a pool) with pro-boxer Riddick Bowe. At Bar13, Johnny Appleseed hosted a “Sweet & Intense” lounge with hard apple cider ice luges, a pig roast, performances by Sunnyside Social Club, and the Bumbys were offering up “fair and honest” appraisals of your appearance. In another turn of events, over at Beauty Bar an Elvis impersonator sang cover songs while we guests enjoyed red headed cocktails and cotton candy. For yet another change of pace, hula girls dances among guests enjoying tiki cocktails and spring rolls at Jeepney. One of my favorite spots was The Roost, a speakeasy-esque bar in the back of a coffee shop. We enjoyed a strong espresso cocktail with Insomnia Cookies. To wrap things up, our last stop was at the Brazen Fox where Stoli hosted a dance party with music by DJ Fingersmith. The boozy ice pops from People’s Pops was just what we needed. Throughout the day, Thrillist folks rode around on bikes delivering Joe’s Pizza to #BDOYL participants who needed a snack on the go. Just another day celebrating with Thrillist!

Photos via Thrillist by Christos Katsiaouni, and by Socially Superlative 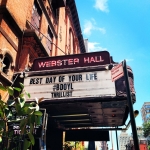 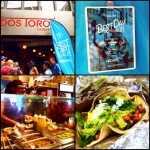 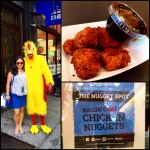 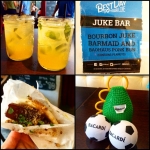 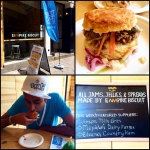 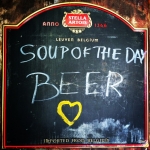 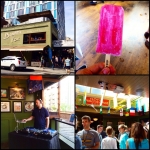