Amirpour was feted at a champagne reception at a spectacular garden rooftop in New York City; and received a monetary grant of $10,000 to help finish her new film, The Bad Batch, the follow up to her critically acclaimed feature film debut,  A Girl Walks Home Alone At Night.

Rooftop Films is a non-profit organization whose mission is to engage and inspire the diverse communities of New York City by showcasing the work of emerging filmmakers and musicians.

In addition to the Summer Series – which takes place in unique outdoor venues every weekend throughout the summer – Rooftop provides grants to filmmakers, teaches media literacy and filmmaking to young people, rents equipment at low-cost to artists and non-profits, and produces new independent films. 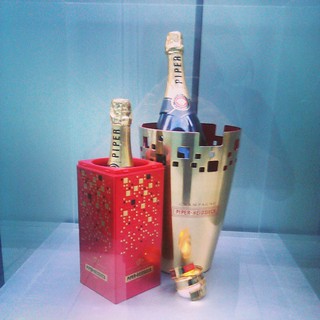 The reception was perfect as guest mingled on the stunning NYC rooftop while enjoying perfectly chilled glasses of one of the world’s most awarded champagnes. “Piper-Heidsieck has a long history of supporting the cinema, and we’re delighted to continue this tradition by recognizing Ana Lily Amirpour as the first-ever recipient of the Piper-Heidsieck Feature Film Grant,” says Romain Pianet, Senior Brand Director for Piper-Heidsieck. The best quote of the night came from Ana Lily Amirpour, when she stated, “I always wanted to hold one of these giant checks.”

Piper-Heidsieck also has a long history as the favorite champagne brand of the cinema set, as the sparkler of choice for Hollywood’s boldest, most boisterous and beautiful figures. Marilyn Monroe famously declared, “I wear Chanel No. 5 when going to bed, and wake up to a glass of Piper-Heidsieck.”  In addition, the iconic red-labeled brand has been the official champagne sponsor of the Cannes Film Festival for the past 20-plus years. 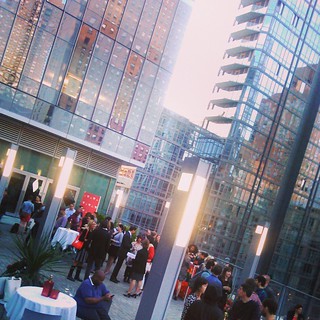 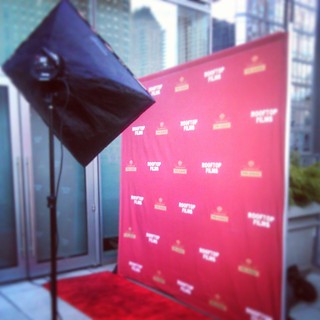