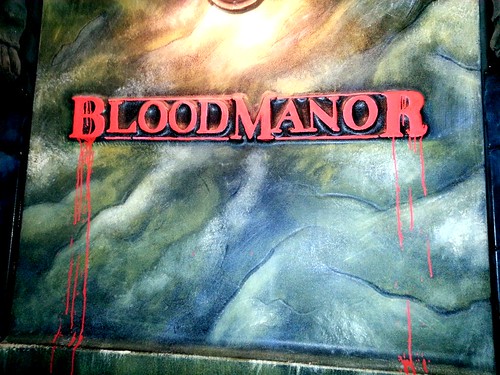 This past Monday, I I had the pleasure of going to the press preview for this year’s Blood Manor.  It is by far the best Horror House they have EVER produced. So this year is the year… you NEED to go this Halloween.

The pre-event before we were lead to the Blood Manor took place at S.O.B.’s on Varick Street. Dracula’s Blood was the drink of choice and should you still be hungry for something sweet, candy was spread around countless tables. As we had gotten our drinks in our hand the characters came in from Blood Manor. And they gave it their all. Having gone to this event before I thought I was prepared, but boy… did I have to think again! I was frightened up to several times and my husband was fleeing away from all of them in the hopes that he would not be scared. 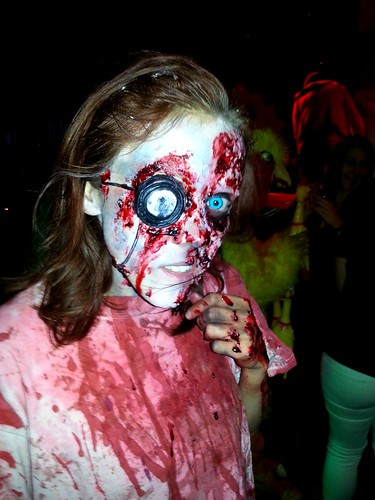 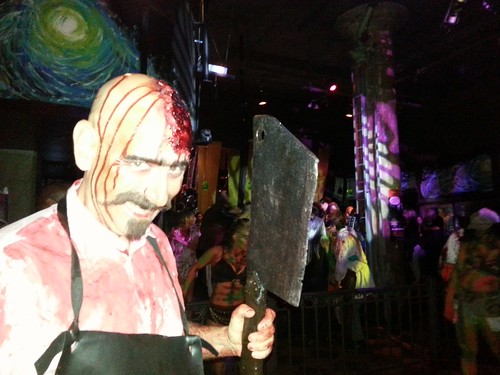 The characters had the best makeup and their acting was superb. They were not scared to either be really creepy up close or be a little naughty and give you a spanking. With 20+ actors breathing down your neck with creepy sounds or sharp instruments in their hands you are easily scared. 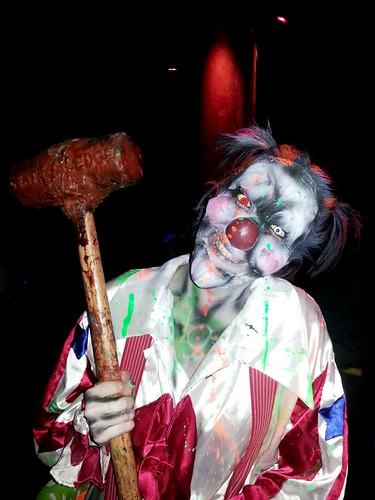 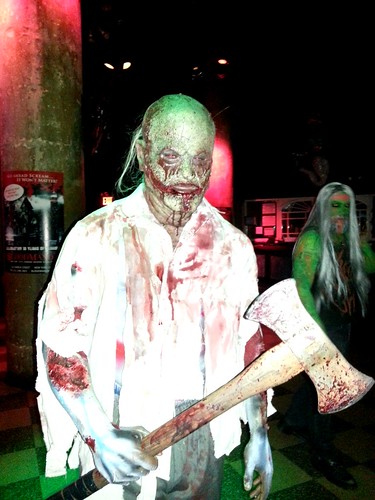 The house has many new rooms in a combination of old rooms that they have just done so much better this year. I have many favorite rooms, but I do not want to spoil it. 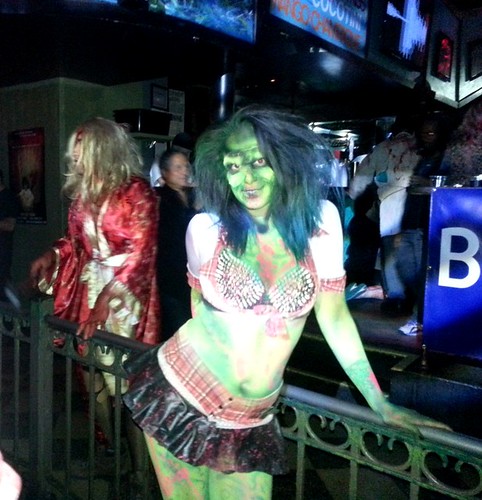 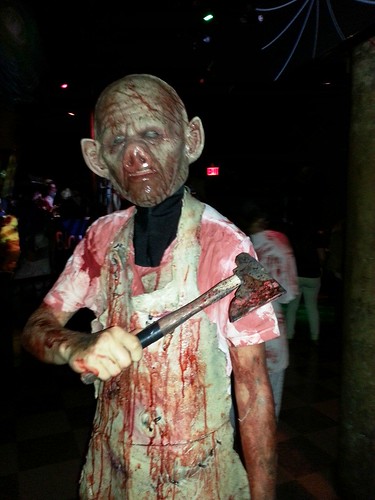 This year the doors open on October 3rd and the last day will be on November 8th. The new timed ticket entry this year will give shorter lines and therefore a reduced wait outside. Celebrating 10 years of terror, Blood Manor managed to do the best Haunted House I have ever experienced. 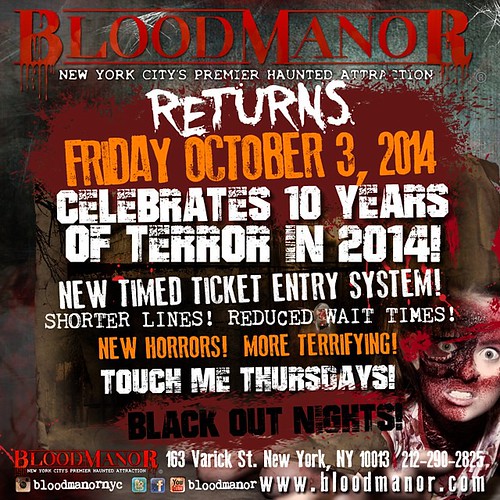 You simply have to go this year, but be aware there is no escape…

For dates and times, to buy tickets, or for more information, visit bloodmanor.com.

Photos by Line for Socially Superlative and from Blood Manor 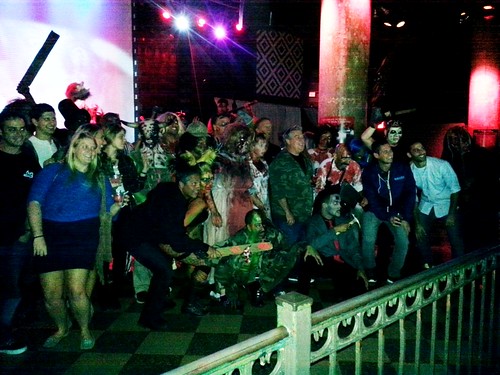