The Dining Experience is Sky High with Mile High 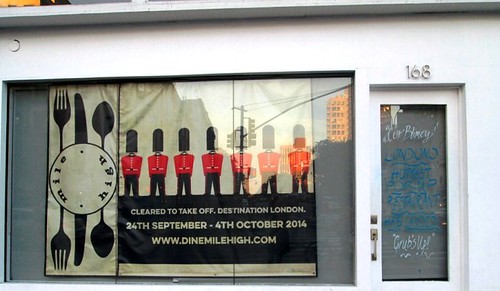 Mile High, a themed pop-up dinner from Shuttlecock Inc, touched down in NY this week, and Socially Superlative was lucky enough to get a seat on board. The airline, comprised of the Templeton cousins and friends, has gone to such locations as Gothenburg, Beirut, Sicily, Mozambique, and Andalucia in the past.

For NY’s travel itinerary, they decided to do a London-themed voyage, a trip they couldn’t do in their native city. Initially the $120 price tag seems steep, but once you realize this is an experience and not just a dinner, the cost is more than justified. 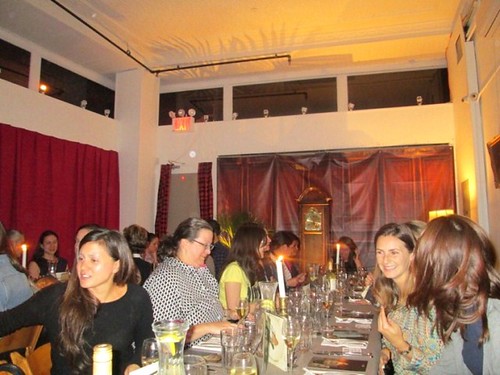 The team transformed OpenHouse Gallery on Bowery to resemble a 1950s airline check in, lounge and what looked like an elegant gentlemen’s club of the past, complete with passports and personalized tickets. The captain and crew members stayed in character and each had a back story as they interacted with the crowd. It was so convincing at some points that attendees were wary of mentioning anything from modern day in conversations. What is Facebook?! 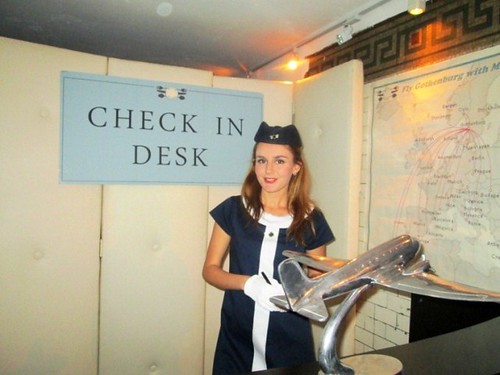 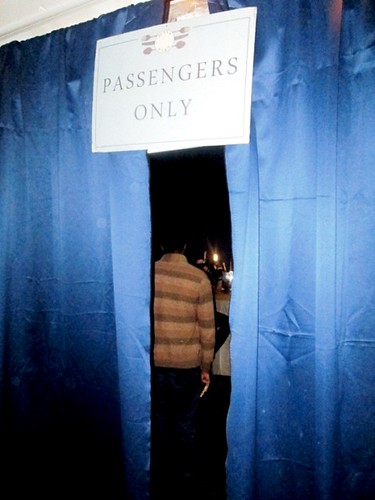 You can attend solo or with a guest, but like  most trips, you will end up chatting with your fellow travelers, especially after a couple glasses of Tattinger Champagne, which goes down very smoothly. Much like a luxury airline lounge, there are snacks to be had before boarding, so flight attendants passed out nibbles including Pork Scratchings with Tarragon Aioli Dipping Sauce, Beet and Goat Cheese Soup and Duck Rillette on Crostini.

Their attention to detail did not go unnoticed.  Jazz oozes through the speakers and they even had Penhaligon’s products in the bathroom. The captain introduces the crew with a shtick that you would expect from the funniest shows on Broadway, but you’re still at an event on Bowery.  And all of this transpired before dinner. 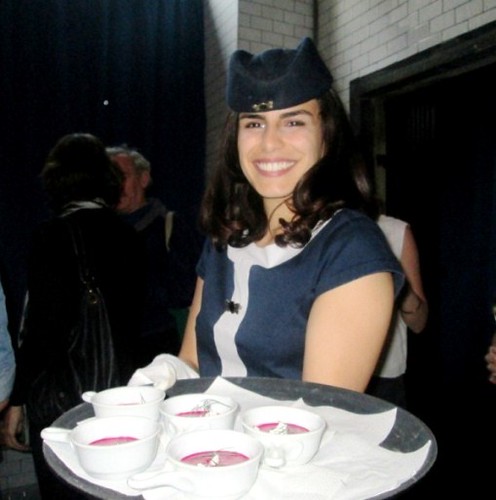 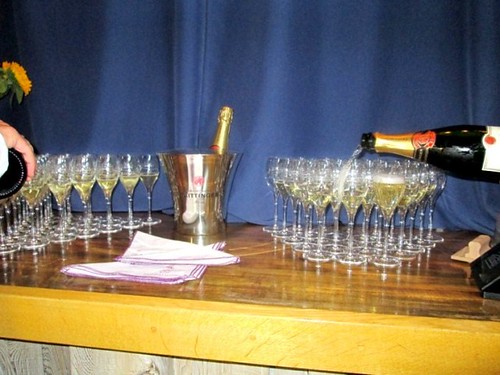 The main attraction included more crew interactions, some amazing food, quite possibly the Macarena, and a surprise finish. The dinner was authentically British and consisted of four courses. Takeoff of the meal was comprised of tender Smoked Duck Breast with Pickled Walnut and Chicory.

Moving along in-flight, the Confit Sea Trout with Oyster Emulsion was very light, while still packing a lot of flavor. Braised Pork Cheeks with Lentils and Watercress rounded out the savory portion of the meal with a hearty composition, the epitome of a fall dish. The finale, a Treacle Tart with Clotted Cream, was the perfect ending to a lovely meal. Want to know what the surprise was? You’ll have to attend to see for yourself! 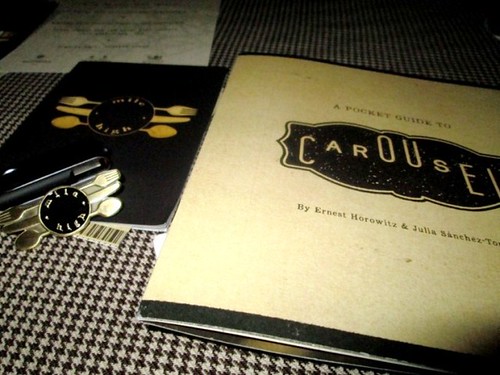 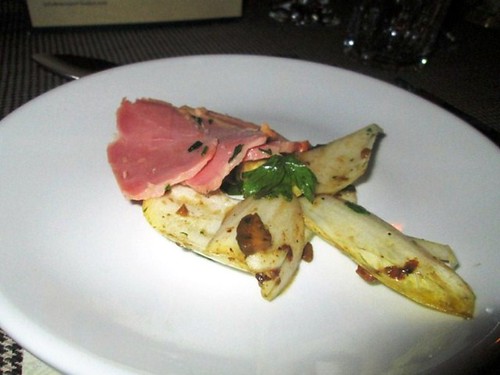 After dinner, guests are not rushed out, but invited to have a night cap back in the lounge while one of the crew members spins songs that you would expect from that time era. Chatting with the flight crew one more time before departing for your next destination is encouraged. 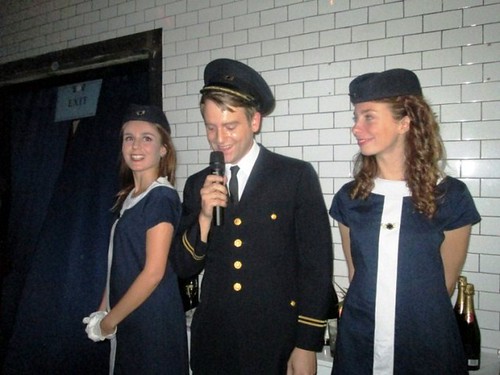 As someone who travels quite a lot, I was impressed by what Mile High had to offer and how effortlessly they transported guests from NY to London without actually making the journey or time traveling. By bringing the experience to the states, Shuttlecock Inc have proven this is not just a flight of fancy.

The dinners are only taking place until October 4th, so I urge you to plan a getaway with Mile High before they head back to London. It was refreshing to see such young talent accomplish so much and we’re excited to see what they’ll tackle next. The team did promise they’re trying to plan a flight back in the Spring, but the destination will, of course, be different. Until then, I will wear my mile high pin with pride. 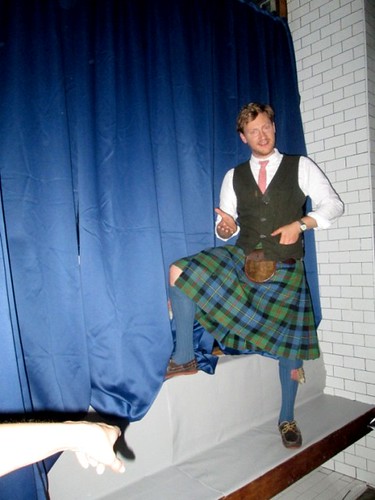 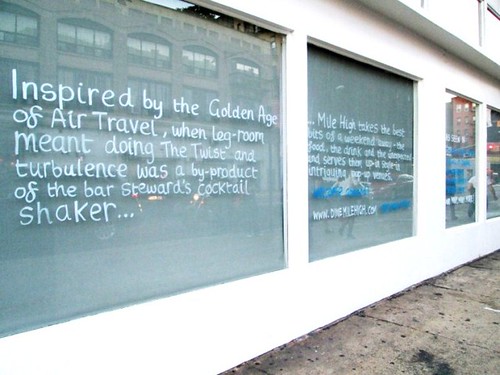