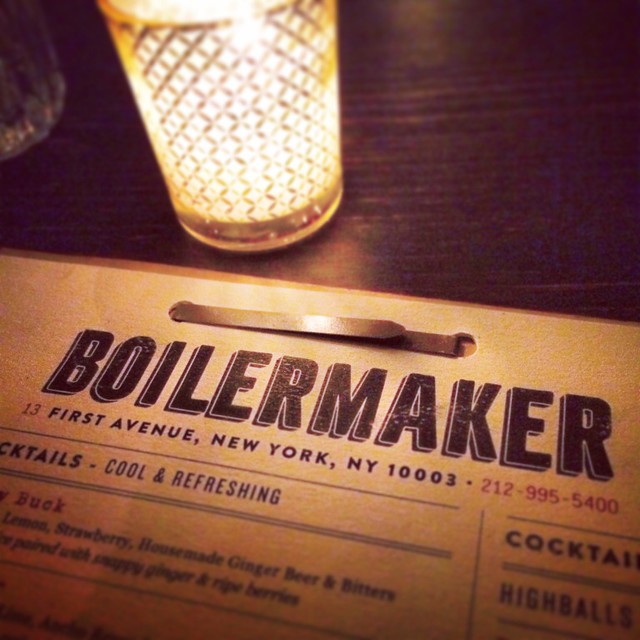 When we heard there was a new joint in the East Village that serves both craft cocktails AND craft beers on tap, we were dubious.  Throw in a tasty burger starting at $7 and we were downright cynical.  Could Boilermaker be THE REAL DEAL??  We recently explored and couldn’t help but be impressed. 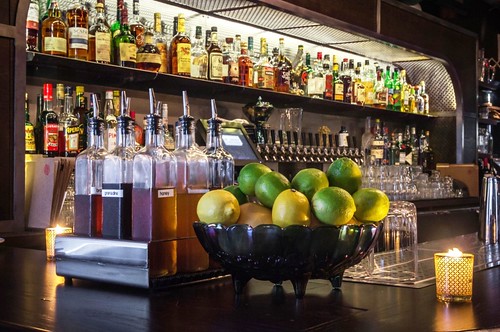 History Lesson: A shot and a beer chaser was the drink of choice for factory workers during the Industrial Revolution, and the combination took on the name of its most loyal drinker – the “Boilermaker.” With prices and an interior that hark back to that time period (décor features burlap, wood and metal surfaces), this place will easily become your new favorite chill spot. Boilermaker’s prices range from $10-11 (cocktails), $5-8 (beer), $7-11 (burgers).

YES – we are saying that you can take a date and get out for less than $50 in Manhattan. 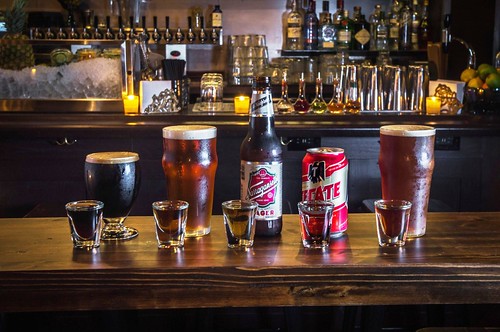 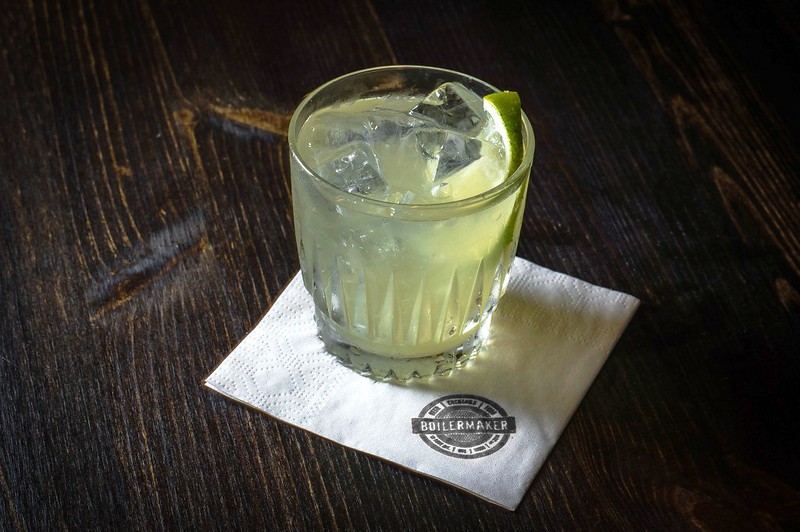 BOILERMAKER by the numbers:

Chef Miguel Trinidad rounds out the mix of masterminds behind Boilermaker, creating a menu inspired by the best burger joints in the country. Here’s the kicker – that burger is not going to cost you the equivalent of a one week subway pass (ahem, unnamed tavern on Minetta Street). 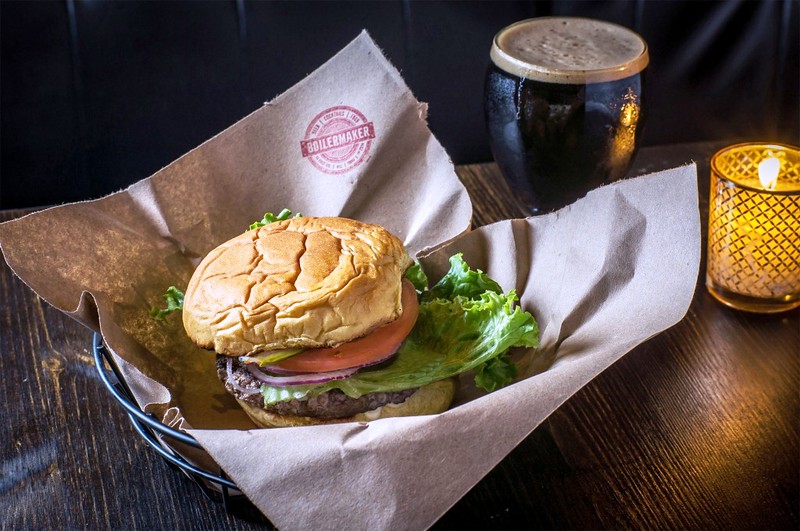 Chef Trinidad recently won Time Out New York’s Battle of the Burger, so he has serious street cred.  His hand-pressed 4-oz burger can be enjoyed with an array of extra toppings and mayo blends.  But the piece de resistance has to be the truffle mayo–we can’t stop dreaming about it!  Don’t forget some savory sides and dessert. 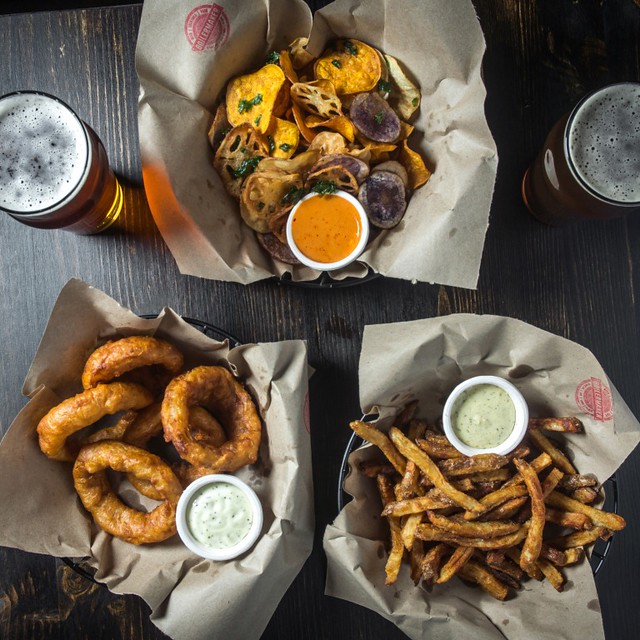 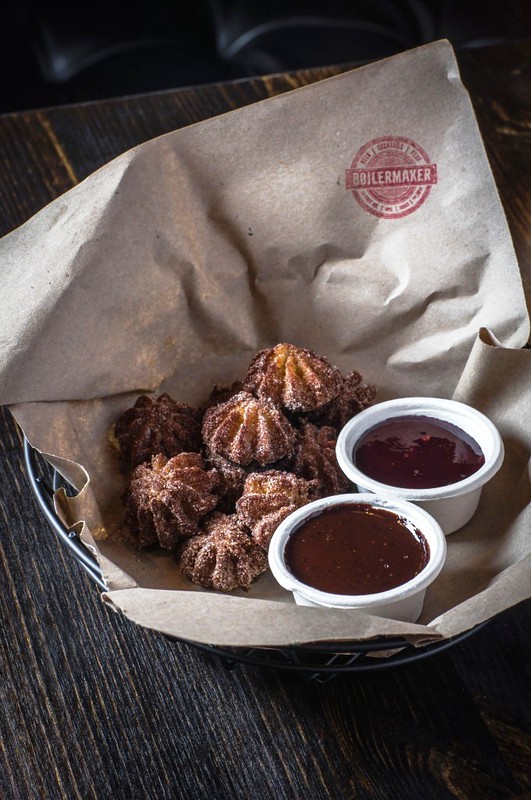 Open 7 days a week from 5pm – 2am on most nights, and 4am on Thursday, Friday, Saturday, we have your perfect weekend game plan right here:

Go to Boilermaker for the drinks.  Stay for the food.