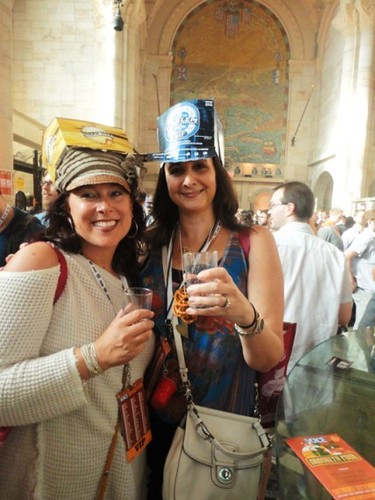 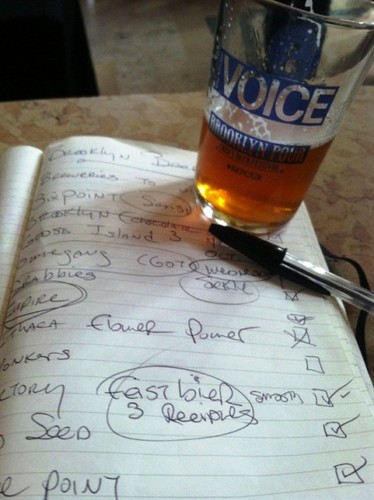 For the last 4 years, the Village Voice has sponsored the Brooklyn Pour, an event to honor the popular and fast-growing craft beer industry in the New York area.

As Brooklyn is now home to several well-known breweries, such as Sixpoint and Brooklyn Brewery, where better to hold the event?!  The amazing Skylight One Hanson event space, located inside the world-famous former Williamsburg Savings Bank, was the setting for the festival. 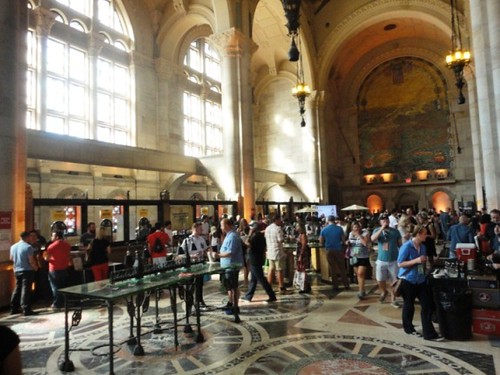 The festival offered up 2 floors (3 if you had a VIP pass) of beer, cider and choice liquor & wine. The outdoor area included local food trucks from NYC Original Pizza, Gorilla Cheese and Phil’s Steaks. The Brooklyn Pour featured not just excellent drink samplings, but also various forms of entertainment, social media and music. 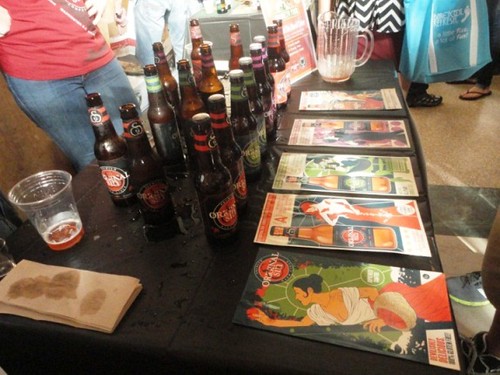 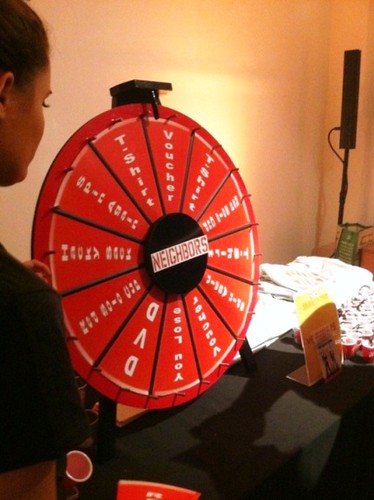 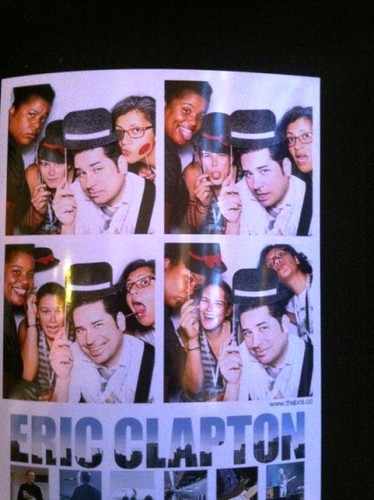 The VIP floor was small, but featured the best view of the day. VIP’ers were treated to a Whole Foods Market “swag bag” of various goodies, my favorite being the “bottle mustache.” Also featured were complimentary snacks from SCRATCHbread, Ovelia Psistaria and Paulaner Brauhaus.

So, now for the beer!

While I could go on and list all 125+ breweries featured, I (sadly!) did not have the ability to consume every single one of them. Here’s a list of what I thought were the highlights of the afternoon. 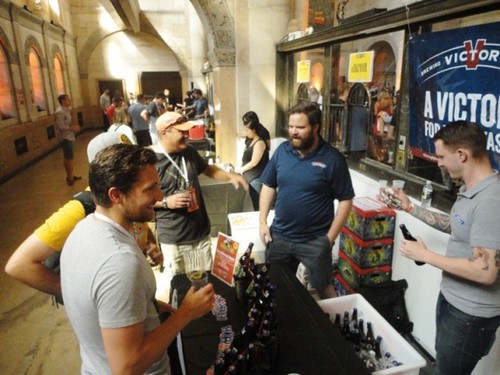 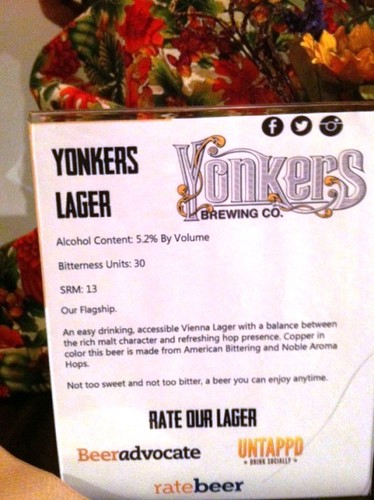 Ommegang – “Scythe & Sickle”
While I was praying to the Gods of the North, unfortunately they did not have the new Game of Thrones-inspired beer, Valar Morghulis, on tap. It will only be sold, as previously, in bottles. I was able to sample Scythe & Sickle, an-amber ale with a malt flavor to it. Not too strong – and carried great flavor with a nice aftertaste.

Brooklyn Brewery – “½ Ale”
½ Ale is a new addition to the Brooklyn line – a red-labeled beer (which I first mistook for their Brooklyn Blast) – less intense and smoother – like a light beer. 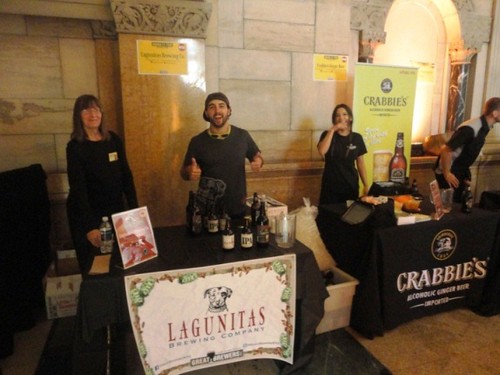 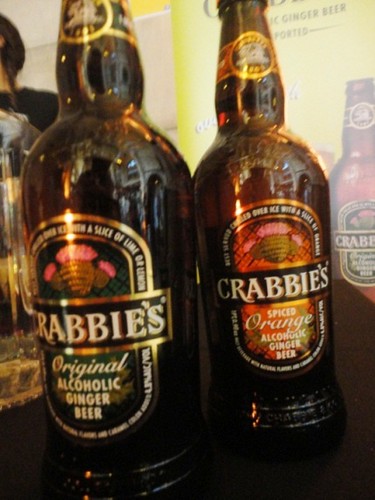 Lagunitas – “Nighttime”
Lagunitas Brewing Company sported a stout named “Nighttime” that was surprisingly good and not too rich.

Crabbie’s
Known for their assortment of ginger beers, Crabbie’s gave us new ideas about how to use their products with tequila, vodka, and bourbon to create different flavors. Their table display featured different recipes for “Dark & Stormies,” which are usually made with rum. 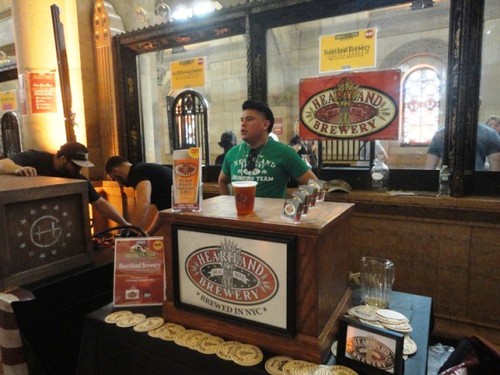 I made it a point to try all the seasonal beers, specifically, Oktoberfest and Pumpkin Ales. My top pick of the day was Heartland Brewery’s “Smiling Pumpkin Ale.” It has a small, but not over the top kick, smells great, and goes down smooth. It made me wish I had a growler on hand to take some home!

Here are a few other excellent seasonal offerings:

Also, here are my favorite breweries and their beers:

Overall, this was a very well run event. I gained a lot of beer knowledge, and had a lot of fun!  Although the price of admission is slightly high (between $55-$85), this is a worthwhile event for anyone who loves craft beer. Highly recommended! 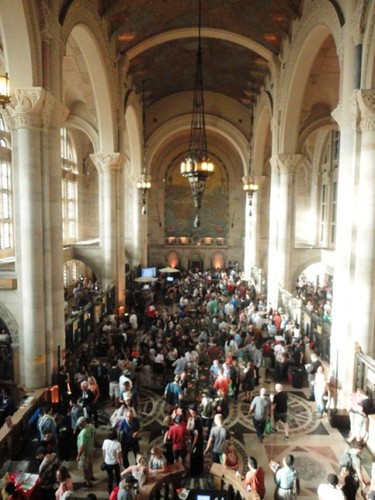 If you’re thinking about attending next year, here are a few things to know:

With Wit and Charm!