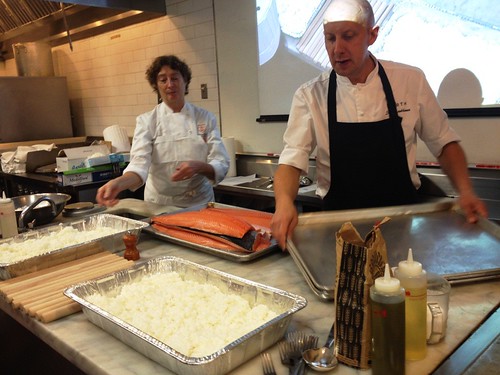 How best to spend a dreary, rainy Saturday afternoon? By having one of those experiences that solidifies how truly spectacular living in New York City can be: partake in a cooking class inspired by traditional Finnish grandmothers’ comfort foods.

In celebration of the NORTH Festival in NYC, world famous Finnish chef and owner of Michelin starred Chef & Sommelier in Helsinki, Sasu Laukkonen, shared his vast and detailed knowledge of how to artistically craft some old fashioned country treats: gravlax with dill cucumbers, karjalanpiirakka, and meat pies. 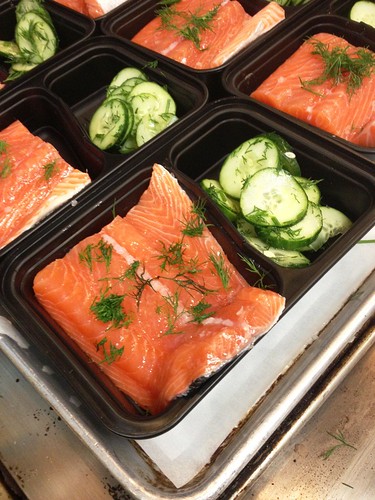 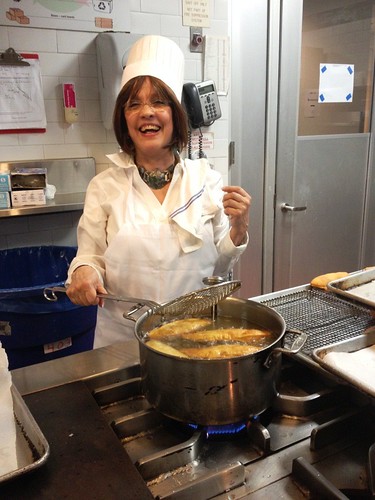 Presenting to an enthusiastic audience of 20 at the International Culinary Center, Chef Laukkonen expressed his attachment to and admiration for his grandmother’s cooking and how he connects with the nostalgia it represents of his happy youth. He started with an extensive conversation about how to purchase and prepare filets for gravlax, a popular and surprisingly simple Finnish dish of cold-cured salmon.

After we inspected the huge filets for bones, we simply salted the skin side, flipped it and dusted sugar on the flesh side (to seal in the moisture), and then we salted the flesh side. In 24 hours’ time, a the fish was succulent and flavorful, ready for consumption complimented by a delightfully fresh cucumber salad we made with only vinegar, sugar, and dill. 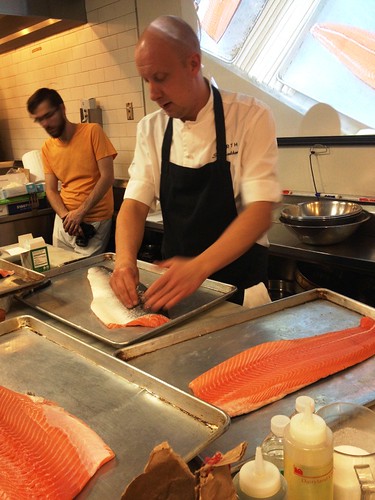 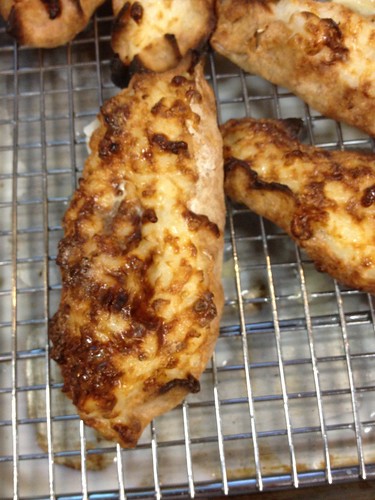 A snack that Chef Laukkonen couldn’t get enough of was the karjalanpiirakka, a rye flour open-faced savory tart. We made the dough from scratch using local rye flour, rolling it out in to paper thin oval sheets before plopping a big spoonful of milk and rice porridge in the middle. Just a few pinches around the edges of the tart, and the goodies were ready for a quick 15 minutes in the oven. After baking, the dough had hardened and crusted up surrounding the steaming porridge in the middle. The last step was to dunk the little pockets in to a warm milk and butter wash before letting them sit for a few minutes. Just as they were, the karjalanpiirakka were uncomplicated and delightful. But with the option to top them with munavoi, a mixture of hard boiled egg and butter, the little treats were taken to a whole other flavor dimension (where those with heart problems should not tread)! Chef was so excited because he hadn’t eaten karjalanpiirakka in over a year, and apparently the ones we made tasted exactly as his grandmother used to make.

And to keep things relevant, there were indeed two Finnish-American grandmas in the class who led the helm of the meat pie frying operation. Again, we made the pastry dough from scratch, this time using white flour. The turnovers were stuffed with a simple ground beef, rice mixture, and parsley mixture, and the dough was flipped over and pinched up all around the edges, just like its famous Latino cousin, the empanada.

The class was a great introduction to old style Finnish comfort food, and, despite his world-class accolades, it couldn’t have been taught by a nicer, more relatable guy.