The National Arts Club | Charles James: Beneath the Dress 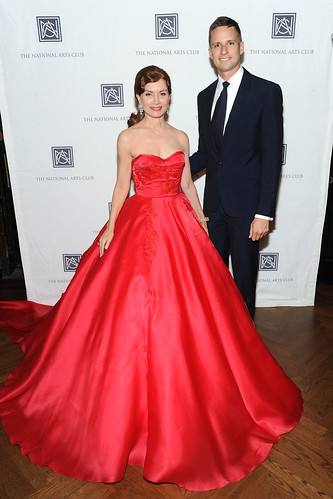 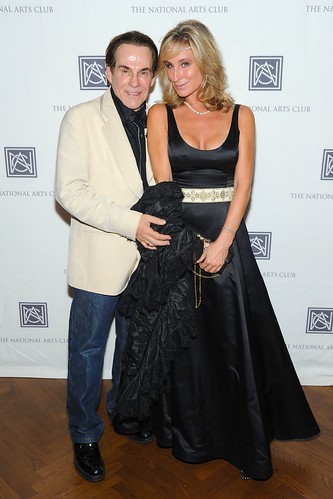 The National Arts Club on Gramercy Park South was the venue publicist and society columnist R. Couri Hay chose to hold his cocktail party to celebrate the opening of the exhibition “Charles James: Beneath the Dress. “ 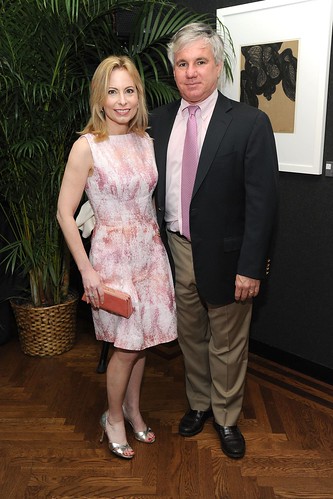 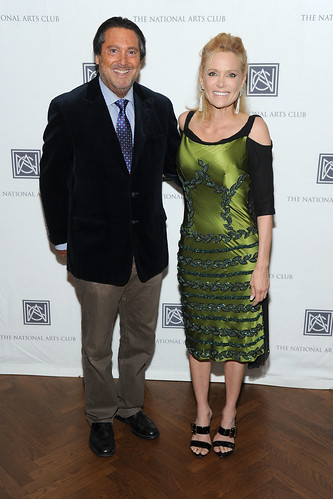 The attendees were engrossed with watching over the top well dressed people meet and greet in an exceedingly crowded room. The stand out people watching event occurred when Jean Shafiroff entered in a jaw dropping red gown whose skirt circumference almost filled the event space and seemed to be bigger than my apartment. I saw Hay pick up her train, look under it, and exclaim “well this IS ‘beneath the dress’.”  Twice during the evening, I—and several other people–almost tripped on said train. In contrast to Shafiroff, “Yue Magazine” editor Chiu-Ti Jansen stunned as a quietly elegant social x-ray attired in a diamond flower patterned tiara and a tight solid pink gown set off by a black flounce. 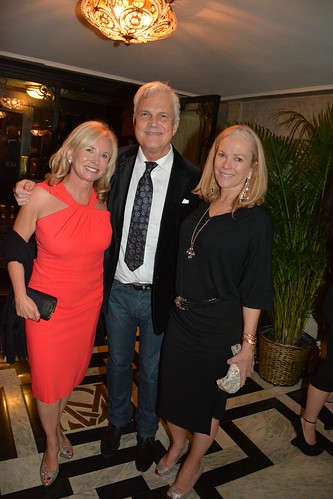 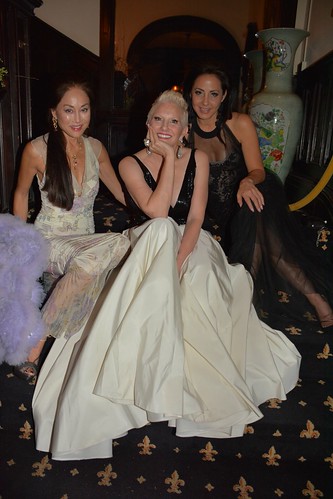 Exhausted and almost succumbing to my second near train wreck trip, I sat on a bench located directly behind Hays holding court at the Arts Club parlor entrance. The very attractive blonde navy blue velvet gown clad woman who was holding Hays’s arm, and resembled a young Gabor sister, sat down next to me. The following conversation between me and the woman (who I later found is Janna Bullock, the person who the “Daily News” called a “high-flying Manhattan socialite and notorious townhouse flipper”) ensued.

Bullock (while making a very surprised face and pointing to an attractive young man): “No. He is Couri’s  lover. And Couri was the lover of Andy Warhol.”

Having no idea that I was speaking to a notoriety-sodden real estate tycoon, I honestly admitted to Bullock that the scene unfolding in front of me was a galaxy far far away from my usual social purview. She was lovely to me and she took me under her wing.

“Are her diamonds as big as the Ritz earrings real?” I asked.

“Yes. With Hearsts everything is real,” she answered.

I capped off the evening by watching Ramona Singer cavort around the parlor on the arm of an attractive man who was definitely not her husband Mario. And I heard Countess LuAnn, who wore a knee-length black and white dress and beige knee-high suede boots, say that she was “under dressed.”

It was time for me to return to my real life which involved preparing a lecture on Edith Wharton’s depiction of New York society for my undergraduate English students. Unlike me, Wharton would have felt very much at home while attending Hays’ Arts Club cocktail party.