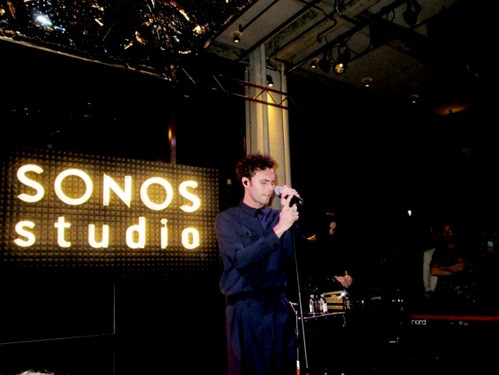 A hush came over the crowd at NYC’s Sonos Studio as Mikky Ekko began singing “Stay,” a song he penned that was made famous when he dueted with Rihanna.

Sonos’ pop-up music installation and intimate concert venue took over the upscale co-working space, Neuehouse, this past week. Concerts and workshops occurred weeklong, but on this particular night, the talent was the aforementioned Ekko and Australian dance DJ duo, Flight Facilities. (Adrian Grenier was even circulating the room after supporting the Skins performance.) 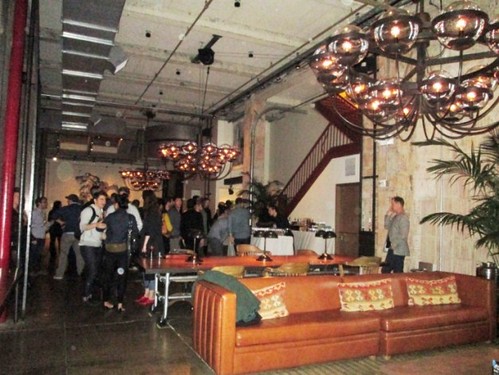 KCRW’s Creative Director and Show Host, Jason Bentley, hosted the night and asked both acts questions about their upcoming albums. It was interesting getting back story on Mississippi native Ekko, who initially was only interested in making songs for himself and then the opportunity with Rihanna came along. He spoke about turning down a last minute opportunity to perform with the pop star on SNL, but then accepting the coveted spot at the Grammy’s where, “they let me sit so you couldn’t see my knees shaking.”

When describing his upcoming album, “Time,” Ekko made it known that he likes the bitter with the sweet and how his songs will reflect that. He spoke about his experience working with hip hop producer, Clams Casino, and the production style of hitting a song as fast as you can, like lightning. “What’s important for any writer is not compromising your perspective,” was advice Ekko left the audience with and stressed how important it was to find his own unique voice during this album’s journey. Ekko’s musical style is a unique and honest sound that audiences will hopefully be receptive of. Pre-orders for “Time” will begin in November. 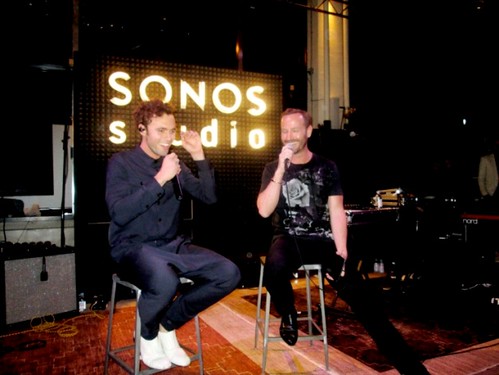 While attendees were content in just watching Ekko from the sidelines, it was a struggle for Bentley to keep concert-goers from having a full out dance party during Flight Facilities album preview and Q&A, one that he ultimately lost! The duo made up of Jimmy Lyell and Hugo Gruzman, have a unique sound that is difficult to describe. Bentley hit the nail on the head though when he described the album content as “anthems for the broken hearts club.” Hugo added, “I think we found every brokenhearted singer and made them write a song.”

Two of the songs, “Two Bodies,” and “Crave You,” were very personal to the girls that wrote them, Emma Louise and Giselle respectively, so the producers had no part in the writing process. When it came to “Sunshine” with Reggie Watts though, it was a collaborative effort that took place in the local neighborhood of Brooklyn. Their title track, “Down to Earth,” was played live for the first time on the NYC Sonos Studio stage to immediate rave applause. 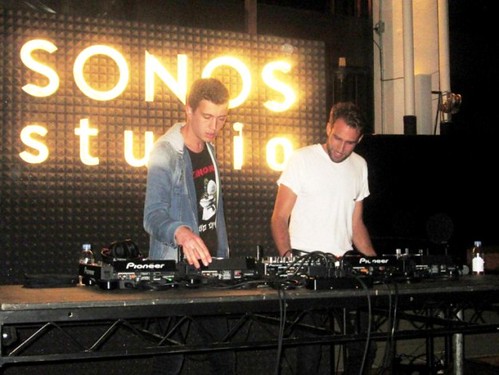 As far as music styles, it seems like there’s not much this ambitious pair won’t tackle. For “Clair De Lune,” what started out as a “self indulgent” eight minute song, ended up being their highest charted Australian single to date. The team also admitted that they like the pop genre and are not ashamed of it, an attribute that became clear when they remixed the Pointer Sisters’ “Automatic” with Kanye West’s “Stronger” during the session. Jimmy said it very simply and eloquently when he commented, “a good song is a good song, full stop.” We couldn’t agree more.

We thank Sonos for giving New York an intimate performance with these up-and-coming acts and an in-depth look into the creative process for their impending albums. Mikky Ekko is back in New York on November 16th with alt-J for a sold-out show at Beacon Theater and Flight Facilities will be at Webster Hall on December 6th (you can get a tour ticket and album bundle WITH a branded travel kit on their website!), so be on the lookout for those shows. They are bound to be a treat.