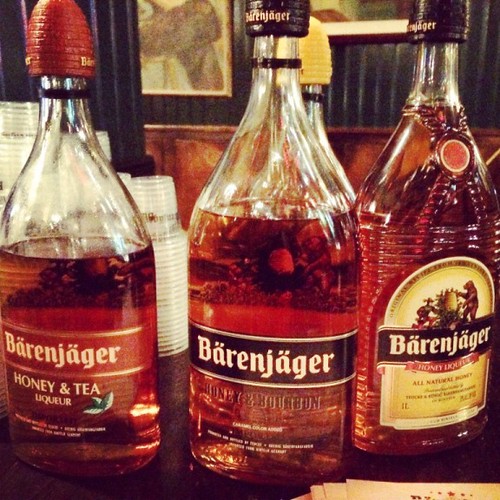 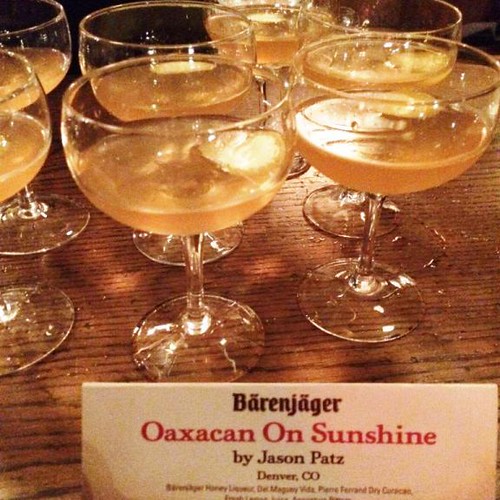 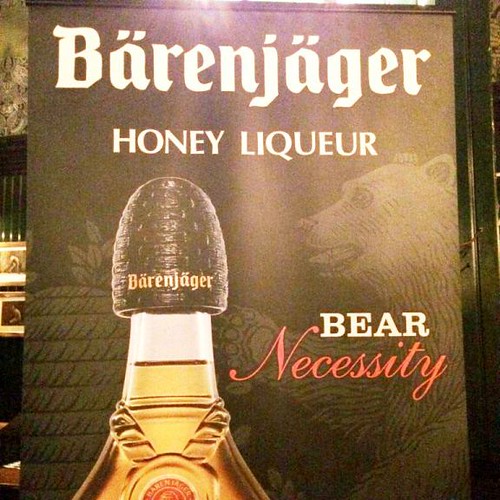 The six contenders were picked out of 450 submissions across the country, and vied for the grand price of an all-expenses paid trip to “BEARlin,” Germany, in addition to a $1,000 cash prize. A panel of esteemed cocktail judges were there to knight “America’s Best Bartender” for the grand prize, but attends also got to put in their vote and “Bee the Judge,” awarding the people’s choice cocktail winner a $1,000 prize. 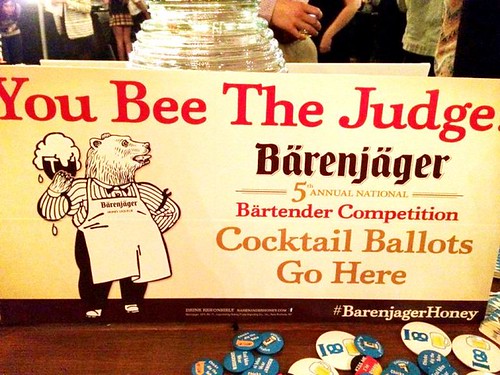 Naturally, the theme of the evening was OktoberFest, complete with Lederhosen, Bavarian Pretzels with Bärenjäger honey mustard, sweet sausage links, live entertainment from The Autobahnanz’s, and cocktails. 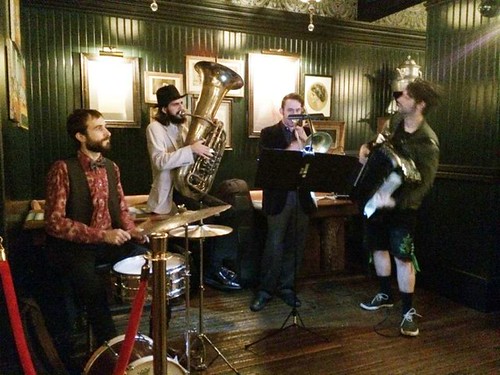 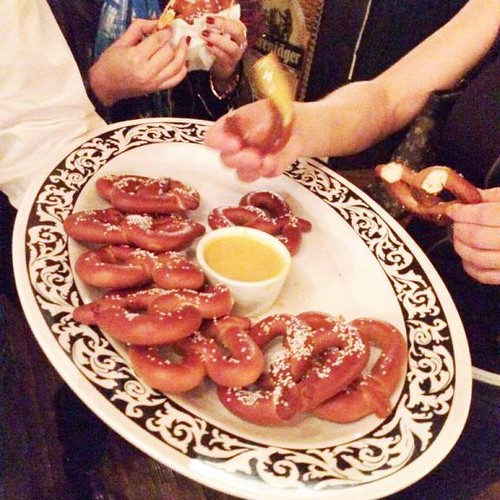 The six finalists were:

There was an expert panel of judges presiding of the decision of who to crown as “America’s Best Bartender,” rating each cocktail based on creativity and execution. The judges include: 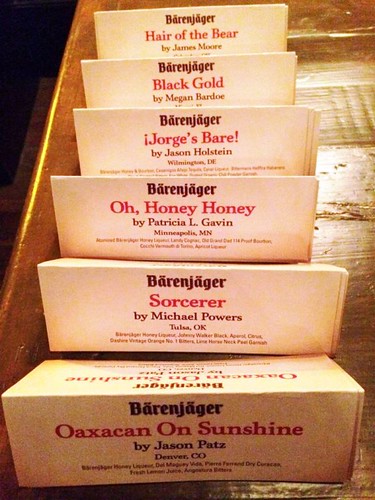 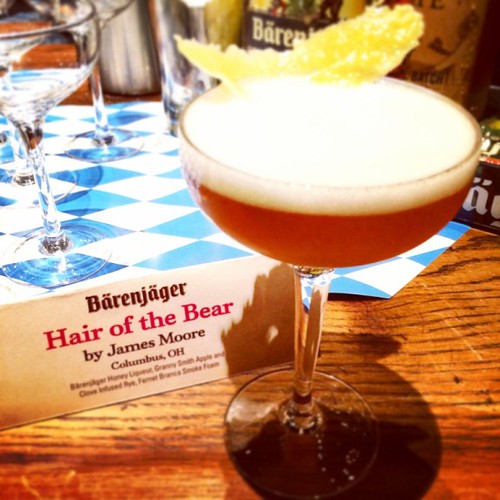 The cocktail that won over the panel of judges was Black Gold by Megan Bardoe:

In a mixing glass, add all ingredients except the cherry garnish with ice and stir. Strain into chilled coupe. Garnish one Filthy Food Black Cherry in bottom of the glass.

The “Bee the Judge” audience favorite, and also my pick, was the Sorcerer cocktail by Michael Powers:

Shake and double strain into a chilled Nick and Nora glass. Finish with an expressed lime horse neck peel. 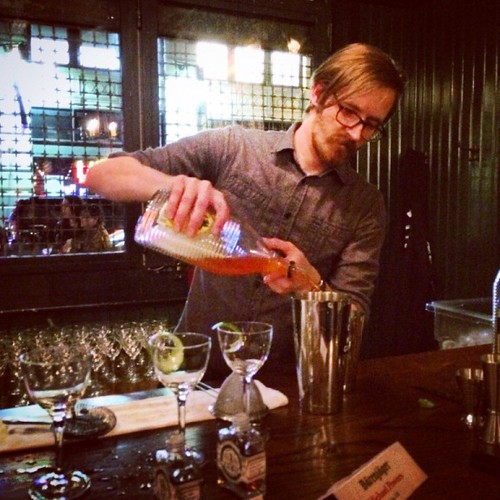 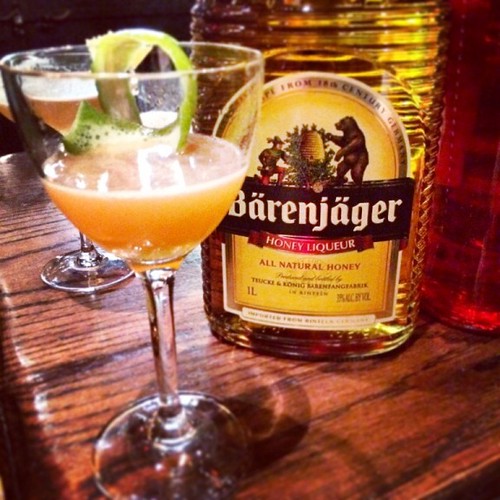 For more information on Bärenjäger, visit www.BarenjagerHoney.com or keep up with them on Facebook at: www.facebook.com/Barenjager.