What’s scarier than trying to walk through Times Square during rush hour?  Not much, but Times Scare gives it a decent shot with their year-round Haunted House.

Being big horror enthusiasts, my girlfriend and I decided to check it out. Upon entry you’re greeted by a fairly disturbing matradee who welcomes you to the hotel, and then guides you down a long dark hall which you walk down before he slams a door behind you and locks it. Now you are on your own, or so you think… 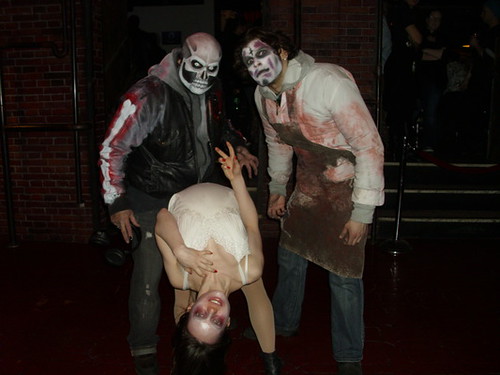 I don’t want to spill the beans here with the gory details, but rest assured you’ll be plenty spooked by the assorted ghouls running around with one purpose: to scare the living sh*! out of you!  I love clowns, but when one starts running after you with a chainsaw, it makes me think twice about ever going to the circus again. 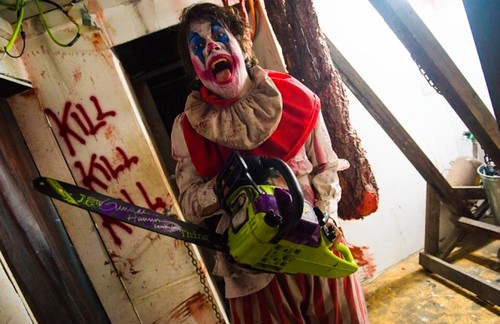 The entire maze takes just under 20 minutes, if you survive. If you do, I recommend checking out their creepy Kill Bar where they have daily happy hour specials until 8:00 PM. They also serve food at the Crypt Cafe. 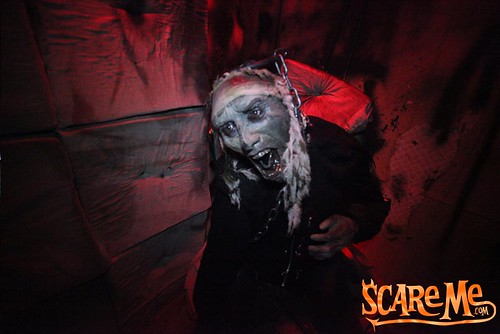 Or, if you’re dirty perverts like us, you should go downstairs to the oldest remaining peep show in Madhattan, Show World Center. Being a Native New Yorker, of an age old enough to remember Times Squarepre-Disney, I won’t deny having peeped in a time or two.  But be forewarned, the place is literally haunted by the ghost of Yvonne Hausley, a former peep-show girl who was brutally murdered in 1991 by the sadistic killer Benjamin Pedro Gonzales, aka ‘The Savage‘. He killed at least three women across the US, and was finally caught, convicted, and sentenced to 29 years to life. Personally, I think he should have gotten the electric chair or firing squad, or at least be turned into a eunuch, like Theon (oh, I’m sorry – Reek.) 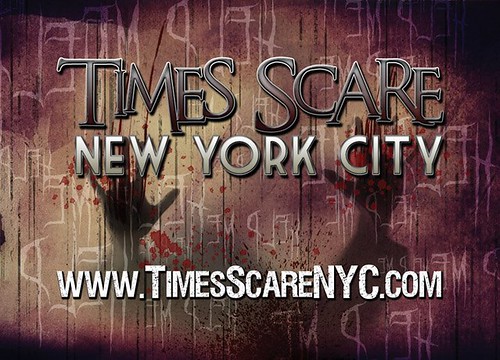