Spain Finds Its Great Match with Wine, Food and Design 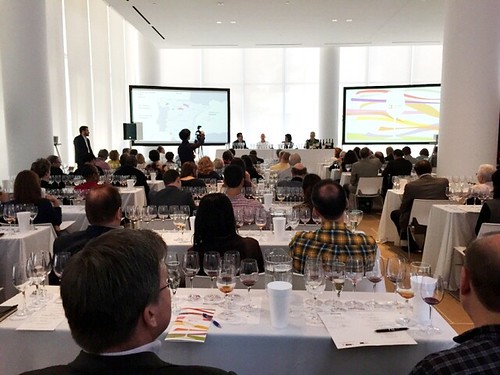 The 21st Annual Spain’s Great Match event took place in the iconic Frank Gehry designed IAC Building in October. The event introduced the public to the best of the best of Spanish culture in the categories of food, wine, and design.

Earlier in the day, the 30th Anniversary Wines from Spain trade seminar took place with Steve Olson, Wine & Spirits educator. Later in the evening, the consumer event began, and that’s when Socially Superlative came out to enjoy the experience. 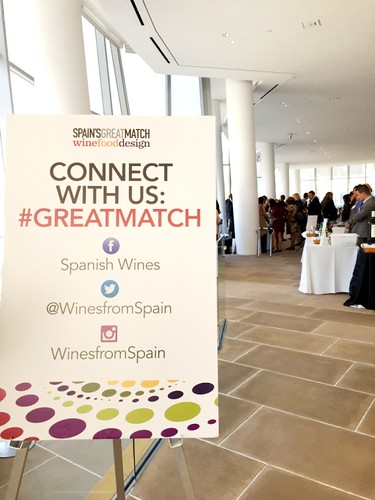 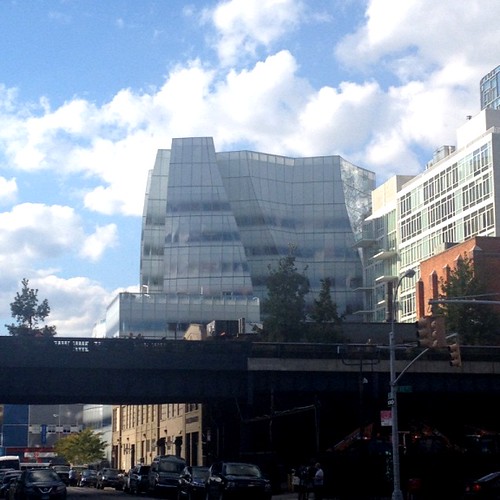 The setup for the evening included a Cava Bubble Lounge, to incorporate the wine companies whose offerings added a little bit of effervescence. Two that stood out were the Campo Viejo Brut Reserva and Brut Rose varieties and the Anna brand’s offerings. The first wine table, Bodegas Muriel/Garcia Figuero/Valformosa, also had sparkling options, which were so good I took info to go!

On the Red meets White Terrace, Sommelier and author, Marnie Old, educated attendees on tasting notes and what wines pair best with different types of foods. She introduced guests to what Ribera del Duero calls “Spain’s New Power Wine Couple,” Rueda White and Ribera Red.  Cheeses from Spain was also in this area, sampling their most flavorful offerings. 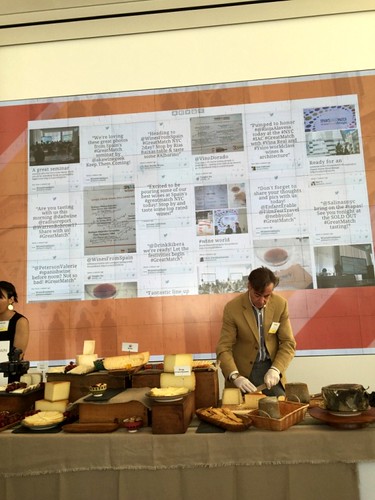 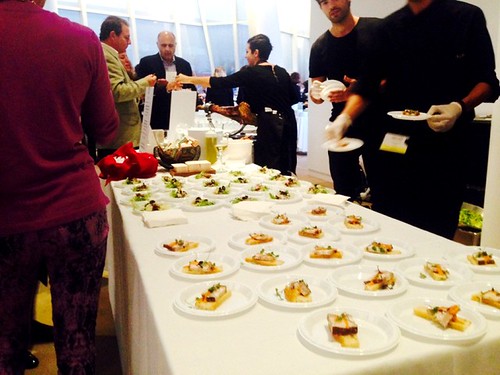 In the main area of the event, wines galore almost outnumbered the amount of attendees! Finca Hispana was one brand that stood out that had a large selection of wines, sangria, and had both bottles and cardboard boxes!  Olives from Spain offered up easy recipes that would work at any cocktail party and would partner perfectly with Spanish wines. Goya also showcased some appetizer ideas made with their products.

Local NYC restaurants were on hand to showcase some of their Spanish dishes. Cochon 555 NYC winning restaurant, Tertulia prepared tapas-style dishes for the guests, including a hearty lentil salad. Socarrat Paella Bar had big vats of paella that were so popular that they were empty almost as soon as the event opened! As much as those restaurants stood out, Casa Mono took the cake for best dish of the night, with their Alchachofas de Jerusalen con jamon y gazpacho blanco al vinagre de Jerez or Jamon and sunchock pintxos with Autumn gazpacho and Moscatel Sherry Vinegar. The dish was so flavorful and perfect for the season, I went back for seconds and thirds! This was definitely a part of the evening where I wrote down restaurants to revisit outside of this event. 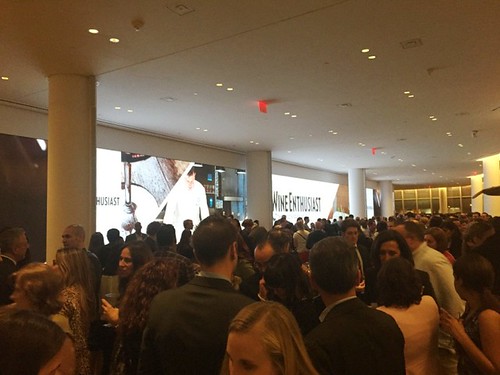 Spain’s Great Match is an event that has taken place for over two decades with good reason. The occasion is informative and educational, while still having that level of being a foodie and wine connoisseur event. We look forward to see what companies we may be introduced to next year.