Getting to Know the ‘Poison Cauldron’ with Atlas Obscura 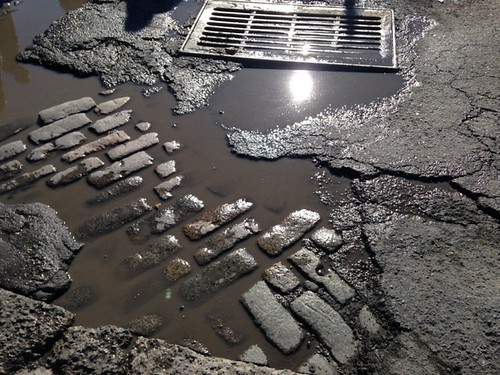 “This is not the world you know.”

So began Mitch Waxman’s eloquent (and often hilariously witty) recount of the storied history of Greenpoint along the shores of Newtown Creek, a tour organized by Atlas Obscura’s Obscura Society of NY.

Less than five blocks from the charming storefronts and “tragically hip” restaurants of Greenpoint (not to mention the million dollar condos encroaching from Williamsburg) the “Poison Cauldron” slinks ominously, and mostly unknown. 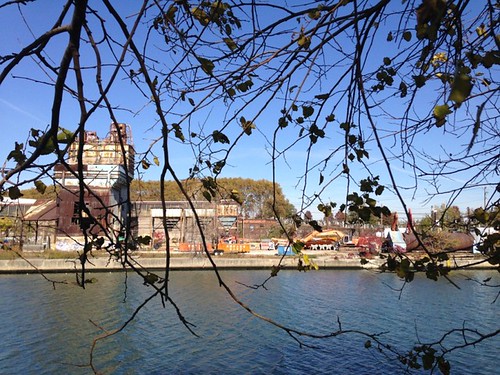 On one hand, it seems a sinister bastion of slowly churning industrial waste, leaching god-knows-what into the surrounding earth and atmosphere. On the other hand, it seems a tragically wretched victim of circumstance – once a “vital wetland” along a clear flowing tributary of the Hudson that just happened to be in the wrong place at the wrong time. Now, it is an area that is more or less ignored, despite still existing as a hub of working industry in New York City – as Mitch put it: the true, gritty, belly-button center of the metropolis.

We were a group of a dozen locals that had gathered in the crisp, bright morning, last Saturday, to “get to know” this intriguing if foreboding part of the city. Mitch’s guidance was wonderfully engaging—taking us from the early whaling days of Newtown Creek, right up to its current mix of wasteland and stark power plants. 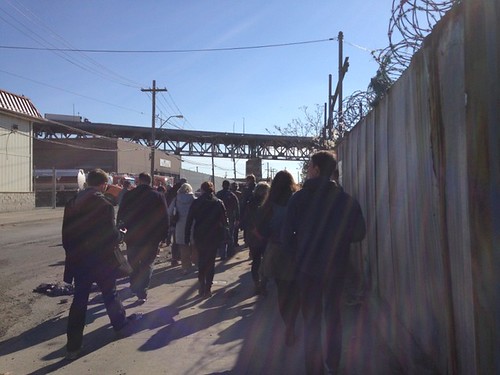 It was the production of lamp oil that first industrialized the surrounding marshes and later Rockefeller easily took over with fuel oil and gas production, under Standard Oil. Mitch waxed poetic on the brutal history, evoking the horrific litany of “post apocalyptic” fires that plagued the area, where “tidal waves” of burning oil rolled across the neighborhood. Standard Oil, he noted of one fire in 1919, rebuilt completely in 90 days, a clear illustration of the staggering wealth and power the industry commanded.

In more current times, the Greenpoint oil spill of the late 1970’s remains the second largest in history (only behind the BP spill in the Gulf of Mexico). Resulting in over 52 acres and more than 17 million gallons of oil under the streets of Greenpoint, the disaster is shockingly under reported and still being cleaned up. Despite this bleak revelation, there is also a strong contingent of grassroots organizations in Greenpoint, that are unwavering in their commitment to fight on behalf of the neighborhood’s citizens, their health and their environment. 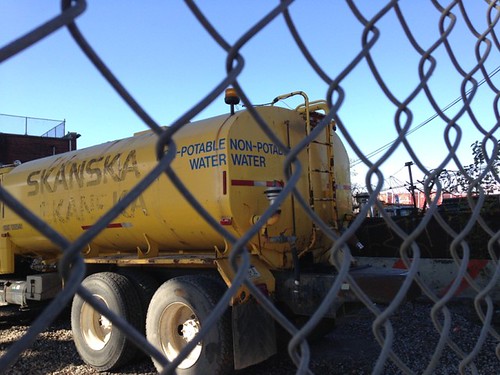 Meandering down the barren streets of warehouses and chain link fences and under the Kosciuszko bridge, the low rumble of overhead traffic and the occasional earthquake of a passing Mack truck seemed to echo the dysfunctional rumble of the area’s future. As our group rounded a corner and almost magically appeared in the serene refuge of McGorlick Park, one of the neighborhood’s prettiest and home to a fantastic farmer’s market, the proximity of the Poison Cauldron to the stylish and quaint, family-oriented neighborhood became starkly clear. 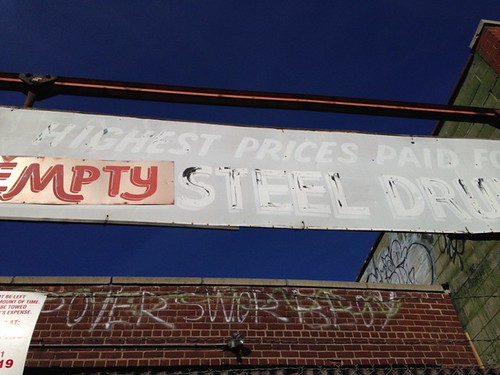 It’s been a long time since a 2-hour stroll within 10 blocks was so illuminating.

Unfortunately, this particular tour was the last of its series, as the Kosciuszko Bridge is soon to be demolished and rebuilt. However, The Obscura Society of New York and Atlas Obscura have many fantastic and intriguing events up their sleeves.

Keep track of upcoming Atlas Obscura’s Obscura Society of NY events on their website, by following them on twitter, as well as on our events calendar. You can also follow Mitch Waxman on twitter (and be on the lookout for him in Atlas Obscura’s events, as he makes frequent appearances).

For more information on the grassroots movement to help the neighborhood, visit: newtowncreekalliance.org