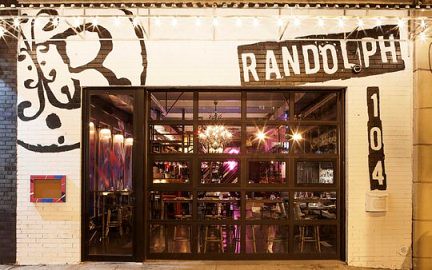 Why, oh why, didn’t anyone tell me it was ‘pants optional’ at Randolph Brooklyn’s new Bottomless Brunch in Williamsburg?  Not one to shy away from baring my briefs, I decided to keep my trousers on for my first visit to this hip new eatery.

Formerly fashionista Cynthia Diaz’s Bar Celona, Randolph Brooklyn is the third offering from the Randolph Group, who have two other places in Manhattan. 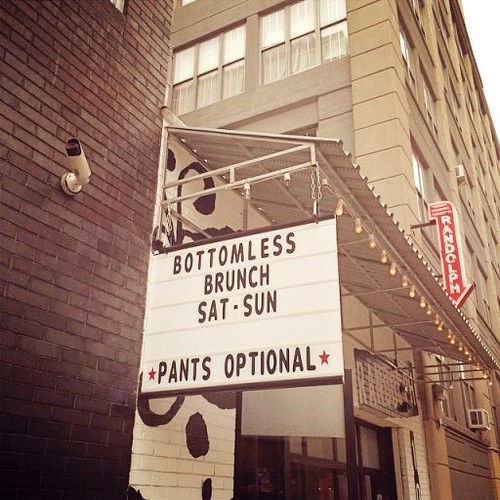 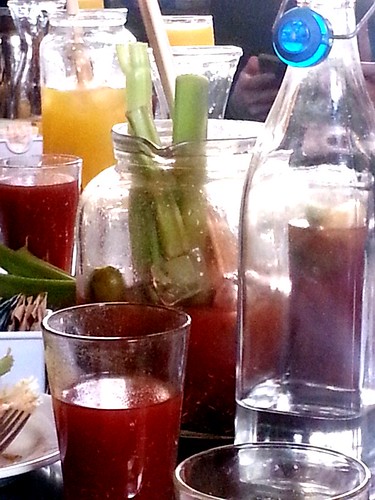 My girlfriend and I were very impressed with the brunch we had.  For just $29, you get to choose from twelve different options, including the Short Rib Benedict, Shrimp n’Grits, and Eggs Florentine, and get to wash it all down with your choice of a bottomless Bloody Mary, Screwdriver, or Mimosa.

As we were invited to a special media brunch, we got to sample a lot of stuff on the menu, and when we finally left we were a bit tanked. My favorite was the breakfast nachos, but my girlfriend preferred the challah french toast. 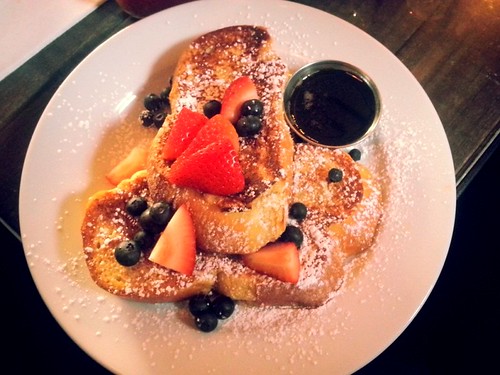 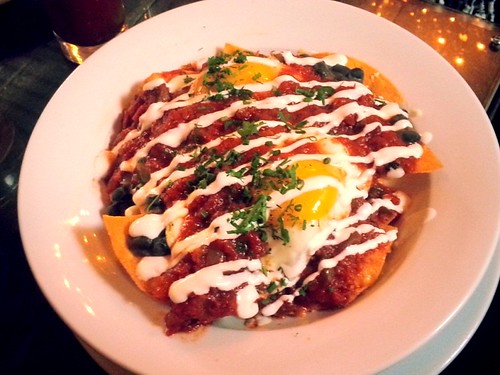 The crispy grits were also darn fine, with a nice spicy kick to ’em. So were the warm biscuits n’fixings, which came with three different housemade jams.  I only had a bite of the fried chicken sandwich, as by this time my stomach looked like it was carrying unborn twins, but damn, it was good! 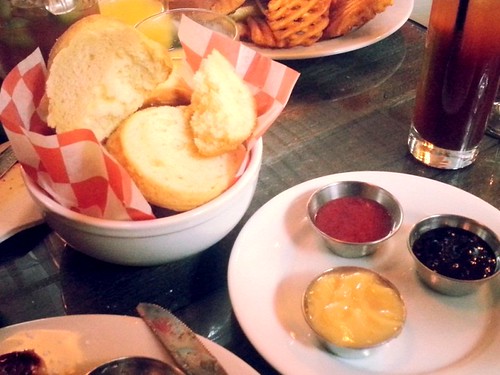 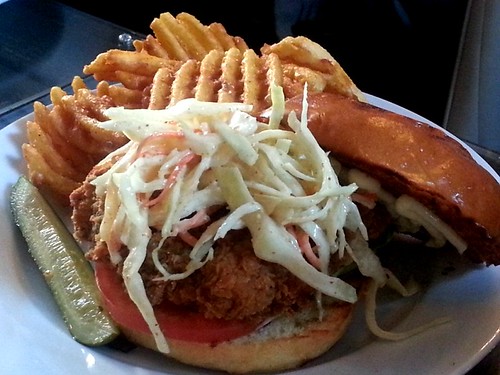 It was nice to sit and relax afterwards with my bottomless Mimosa, which my server was very attentive to keeping bottomless. My other half is a Bloody Mary fan, and she did rather well at keeping Mary busy, polishing off a few too many glasses for an early Saturday afternoon. 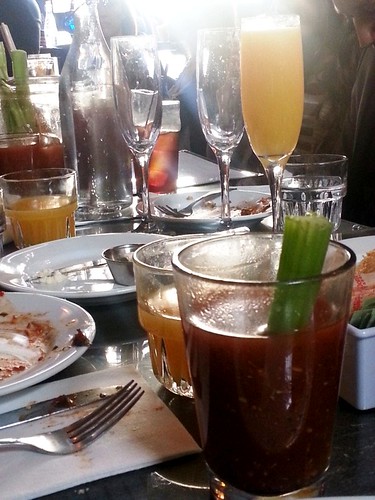 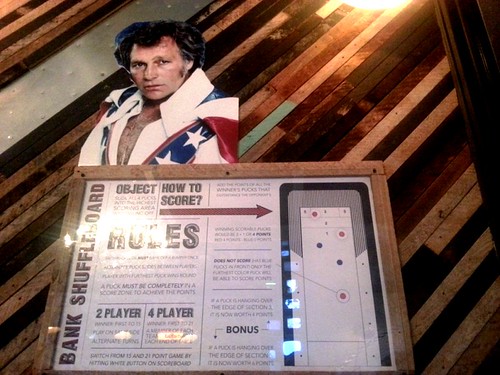 We finally dragged our heavy butts up and decided to play a game of shuffleboard, which, wouldn’t you know it, is FREE! And, guess what? So is the Pac Man machine, which has over 30 different games all in one. Quite literally, there’s no reason to go to Barcade anymore.

We liked the ambiance of the place too – anywhere that has a kool picture of Evel Knievel hanging underneath a huge french fry is gold in my book. Butt next time I’m leaving my pants at the door… 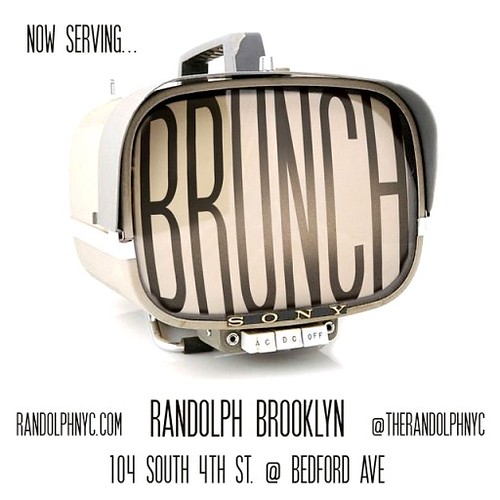