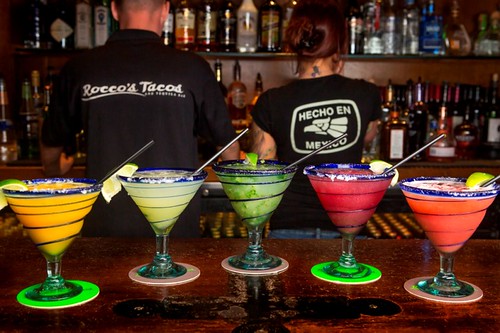 Coming to us from Florida, Rocco Mangel and Big Time Restaurant Group are excited to announce the opening of the first New York location of Rocco’s Tacos and Tequila Bar. To add to the excitement of the prospering Downtown Brooklyn neighborhood, Rocco’s opened their doors on November 14th, welcoming a slew of hungry New Yorkers.

This is the sixth location of Rocco’s Tacos & Tequila Bar, with four restaurants in South Florida and one in Orlando, and boasts large square footage while being in close proximity to the Barclays Center. Similar to the Florida locations, the Brooklyn restaurant is decorated with authentic Mexican flair and Rocco’s signature star-shaped, punched-metal lantern chandeliers. The vibrant, lively atmosphere adds additional flair while dining on authentic Mexican cuisine. 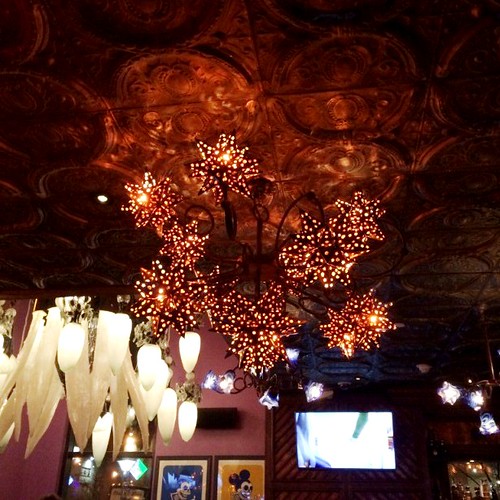 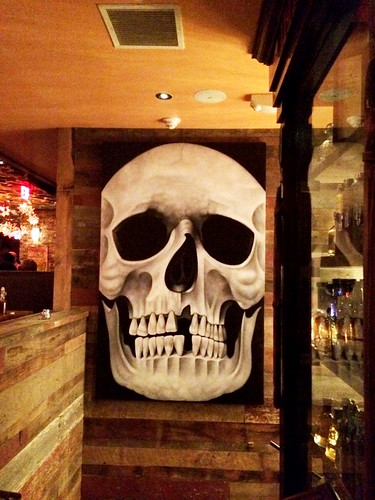 We were lucky enough to meet Rocco in person, and he shared his enthusiasm of his restaurant with us. “I’m beyond excited to introduce the Rocco’s Tacos brand to the New York market,” says owner Rocco Mangel. “Growing up in Long Island, I always hoped to open a restaurant in my home state. Brooklyn is a thriving borough that I love and I’m confident that we will be a great addition to the city’s vibe and dining culture.” The kitchen is helmed by Executive Chef Marc Trujillo, and we were excited to get started on our dining experience at Rocco’s. 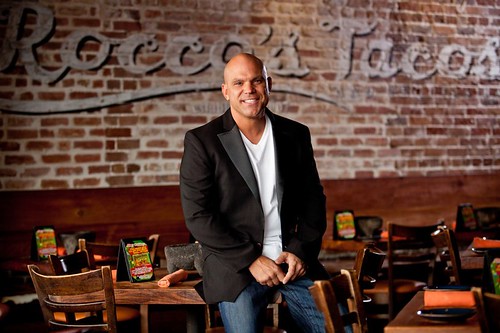 There’s no better way to start a meal than with some cocktails. Rocco’s boasts over 330 varieties of tequila and are masters of margaritas with over 10 varieties. From blood orange to strawberry basil, you’ll find great options for every margarita lover. We went with Rocco’s Rocco Rita with Patrón Silver, Citronge Orange Liqueur, and Rocco’s housemade sour mix. Upgrade to a pitcher and share with friends.

For a change of pace from tequila, try also the Mexican Mule made with Tito’s Handmade Vodka, Gosling’s Ginger Beer, and fresh lime juice. 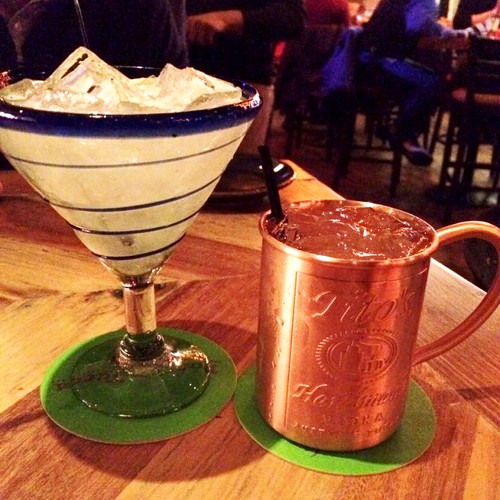 Patrons should most definitely get the guacamole, where you choose your own spiciness level, they bring out a portable station, and then they mix and mash the guac right in front of you. You cannot ask for guacamole more fresh than that! 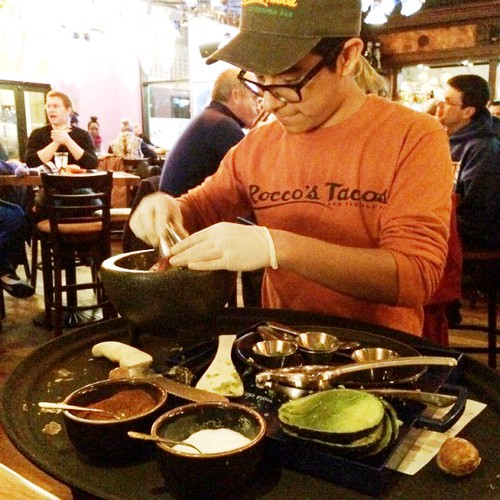 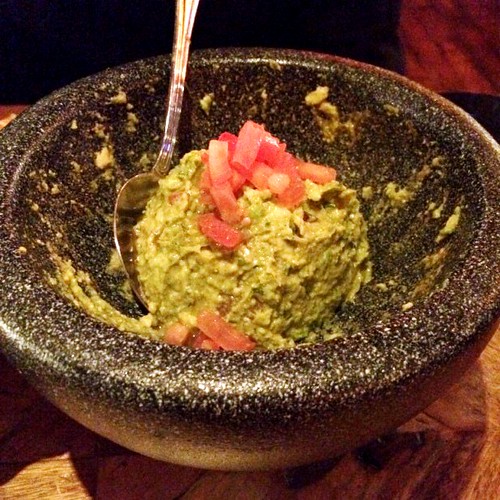 We were given Rocco’s hot sauce to accompany our dishes. It was amazing, so naturally we asked what the sauce was made out of. Of course, this delicious sauce is a proprietary recipe, so there is no chance for me to make this at home.

Try the Elotes, the Mexican staple grilled corn with cotija cheese and Rocco’s spices. Another delicious starter was the plate of Jalapeño Rellenos, stuffed poppers with cotija cheese, lime crema, avocado ranch, and cilantro. We loved the option to mix and match tacos. The blackened pescado fish tacos were delicious, and the cochinitas achiote slow roasted pork was recommended by our server and was incredibly flavorful. 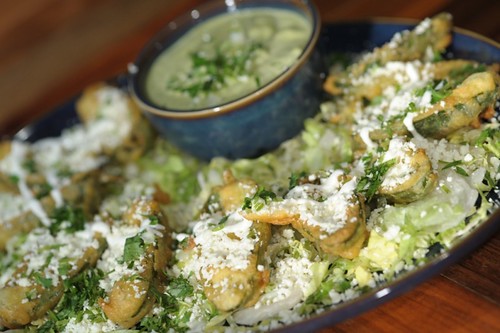 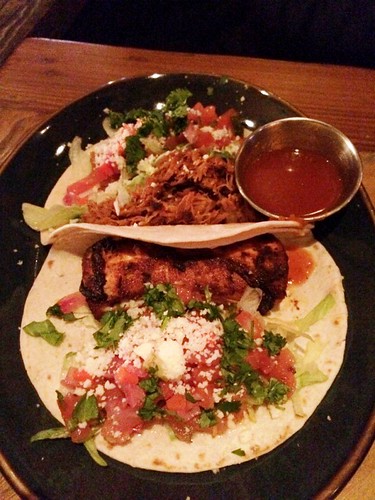 For their entrees, Rocco’s is known for their Molcajetes, which are Rocco’s version of a fajita baked and served in a lava rock bowl and served with flour tortillas, lettuce, pico de gallo, cotija cheese, guacamole, and sour cream. These are recommended to be shared, and you can choose a meat variety, an assortment of seafood, or get the best of both worlds with their Surf and Turf option.

Another recommended dish is the Wet Burrito con Rojo, and with a name like that we had to check it out. The massive burrito comes with black beans, red rice, lettuce, cotija cheese, and choose from chicken, beef, or pulled pork. It looks like a beast on a plate, and it comes drenched in melted cheese. You definitely will not be left hungry. 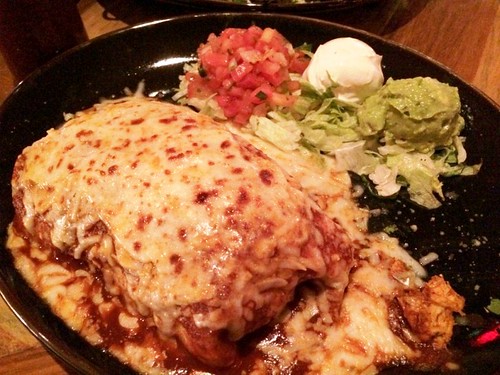 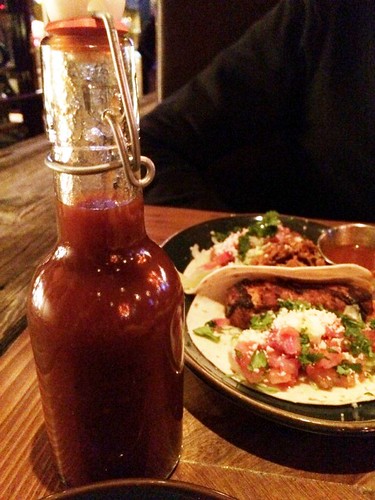 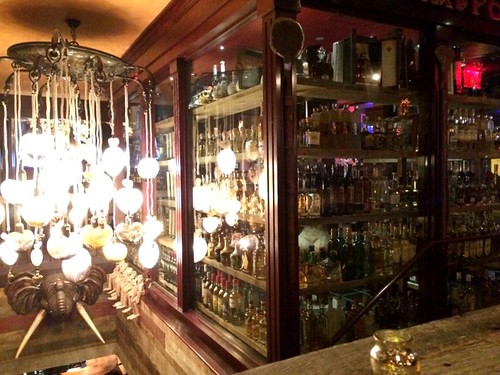 About Rocco Mangel: From busboy to restaurateur, Rocco Mangel is synonymous with tacos, tequila, and good times. Born and raised in New York, Rocco grew up in the restaurant business studying his grandfather’s prowess as general manager of New York City’s famed Copacabana Nightclub. In 1997 with only $200 in his pocket Rocco headed south to West Palm Beach, Florida where he got his first break as a busboy at Big City Tavern, part of the Big Time Restaurant Group. Little did he know that this minimum wage gig would one day lead him to partnering with Big Time to open Rocco’s Tacos & Tequila Bar. Nine years and countless trips to Mexico later, the well-researched visionary opened his first restaurant, Rocco’s Tacos & Tequila Bar, as co-owner and managing partner with Big Time Restaurant Group. Rocco’s commitment to success extends beyond his restaurants and into the communities they serve. Over the last three years he raised $62,000 for Susan G. Komen for the Cure with his annual Taco, Tequila and Tatas Tuesdays. He has also contributed time and energy to several other organizations.