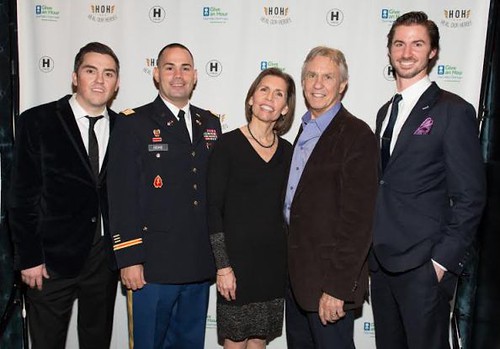 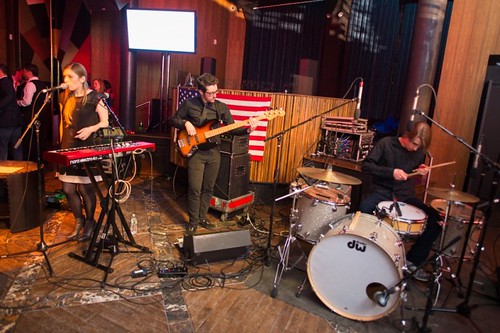 HOH founders Everett Weston and Patrick Bolchoz formed the organization after a mutual friend sadly took his own life last year due to PTS. The event took place at Haus in Tribeca and raised money for Give an Hour, a nonprofit 501(c)(3) that provides free mental health services to military personnel and their families. 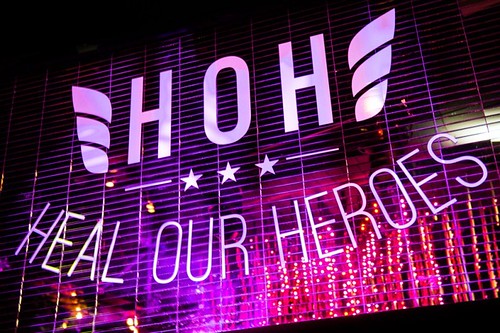 Dr. Barbara Van Dahlen, founder of Give an Hour and one of TIME’s Most Influential People in 2012, spoke about the work being done by Give an Hour and highlighted her involvement in the documentary, The Runner & The Therapist, directed by multi Emmy award winning film producer, Charlie Stuart. After the film’s trailer played, America’s Got Talent finalist and Sony Music recording artist, Emily West, performed a soulful rendition of Sia’s “Chandelier” and concluded with an a cappella performance of “God Bless the U.S.A” in which the packed crowd joined her in singing. 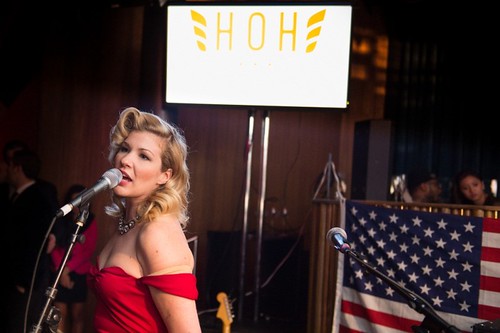 Guests enjoyed passed hors d’oeuvres, wine from Luc Belaire Rosé, and a silent auction filled with notable items such as a private jet voucher on Magellan Jets, a one-of-a-kind Gershwin Award Bill signed by Billy Joel, a 5 night stay at a chateau in France, various pieces of signed sports memorabilia, and many more. 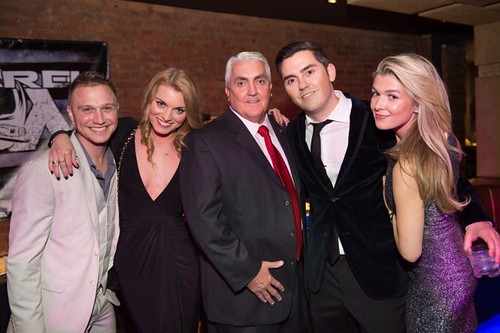