Mashable Media Summit 2014 Brings Out Big Names in the Industry 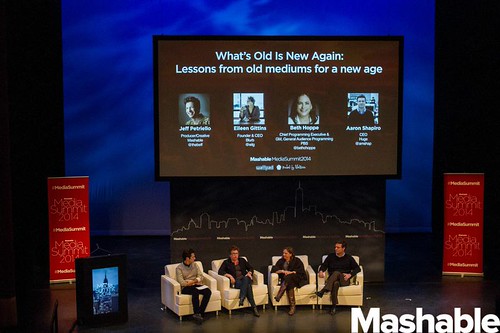 Mashable has quickly become a household name in the apartments of what Mashable refers to as “the Connected Generation.”

A 19-year-old Pete Cashmore originally launched the site in 2005 in his house in Aberdeenshire, Scotland. Nine years later, right on the heels of their Social Good Summit, the media trailblazer brought out impressive names from varied facets in the industry for their Media Summit. The day focused on a dissection of the state of media, yesterday, today, and in the future. 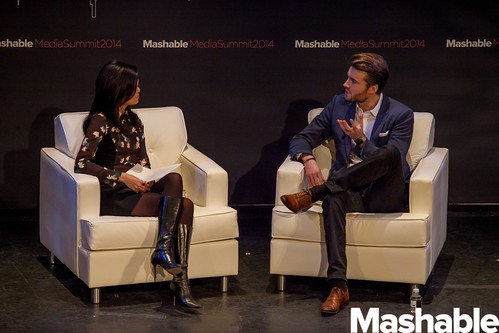 Some highlights included Joanna Coles, Editor-in-Chief for Cosmopolitan, being interviewed by Stacy Martinet, CMO of Mashable. When describing the current state of the magazine and how she’s positioning it, Coles described how she wants every issue to feel like an event. “I want young women to have a media they can trust.” The magazine takes their fact checking very seriously because they know for some young women, this is their only source of education for certain serious topics. 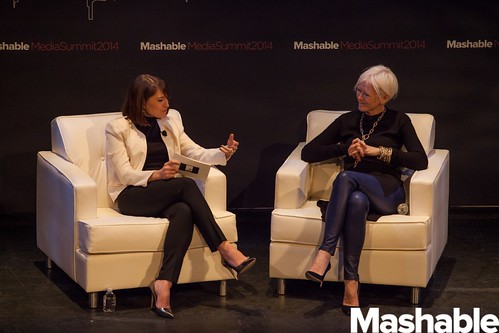 The conference also brought out some non-traditional names that still had some input to add about where media is headed. Model and philanthropist, Coco Rocha touched on the emerging wearable tech trend, which was fitting given her background in the fashion industry.

The inspiration for Orange is the New Black, the “real” Piper and Larry,” Piper Kerman and Larry Smith, were also on hand to talk about their real life experiences and the power of storytelling. 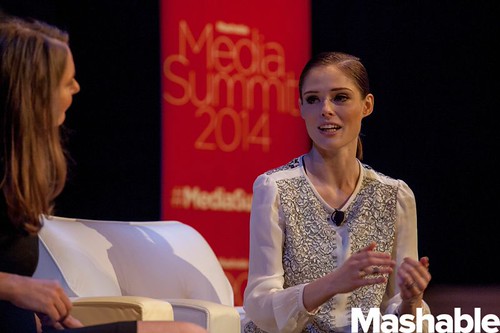 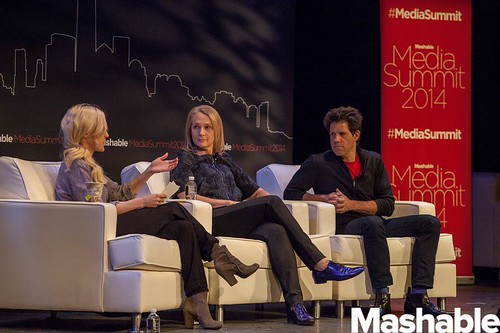 TV host, Wendy Williams has had a very successful career thus far, including 25 years in radio and six years on her TV show, which is now broadcasted in 52 countries. She had a commentary on how she tries to keep her life personal outside of the show, even though in this day of age people leave very little untouched, especially with sharing personal lives on social media. She also feels that with everyone being connected at all times, mobile devices are training kids to be poor in-person communicators. 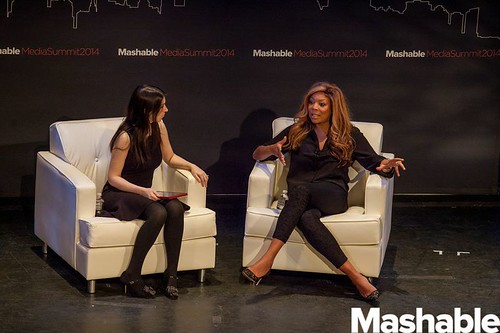 Possibly the most popular session, and I say that because people continued to come up to him to tell him so for the remainder of the day, was Rick Smolan, the National Geographic photographer who captured images during Robyn Davidson’s famous journey across the Western Australia dessert. Davidson’s autobiography became the basis for the 2013 movie, “Tracks,” where Mia Wasikowska and Girls’ star, Adam Driver, represented the pair. Smolan even introduced a book they had put out in conjunction with the movie, incorporating technology from HP. The book allows digital devices to play snippets from the movie when it hovers over specific photos. The day was really was a who’s who for people who are relevant in today’s culture. 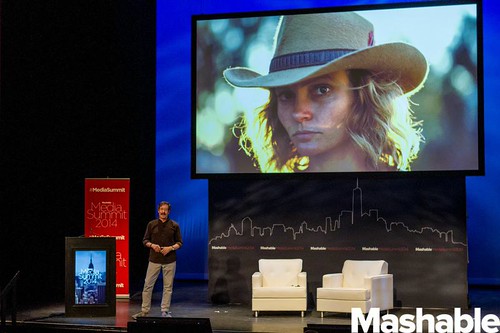 Betty Lui, Editor-at-Large for Bloomberg Television interviewed Cashmore regarding his take on the State of Media in 2015. He made valid points that many in the industry are observing, but few are actually acting on. Mashable is aware that “speed to mainstream is almost instant” in media and instead of trying to stay on top of big news, the outlet is, “predicting where the news is going to go.”

Regarding this strategy, Cashmore brought up Mashable Velocity. The thought process behind this, he explained is, “What’s the story right now and what’s going to be the big story among our community later in the day.” Haile Owusu, Mashable’s Chief Data Scientist, also touched on this technology. His interviewer, the New York Times‘ Chief Data Scientist, Chris Wiggins asked, “Do you let other companies use your secret sauce,” and it turns out that this investment is helping out more than Mashable. 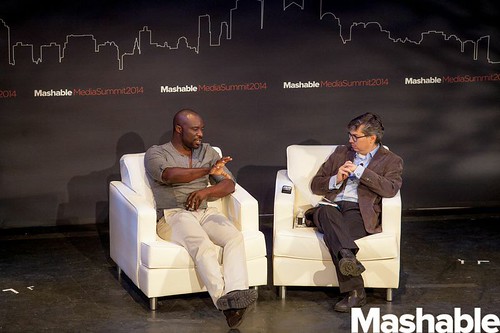 As far as those media companies that are frantically trying to find the balance between print and digital, Cashmore knows that Mashable does not have this legacy issue and their website can be more agile in that way. As far as advice for publishers going forward, Cashmore urges, “Just focus on great content, don’t just focus on a mechanism that will make your content viral.”

This just scratches the surface of ideas that were circulated during the conference! I was very impressed with the program and speakers at the Media Summit and look forward to what other media-related events Mashable will be contributing to the industry.