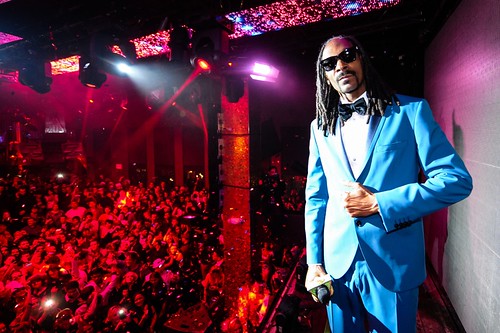 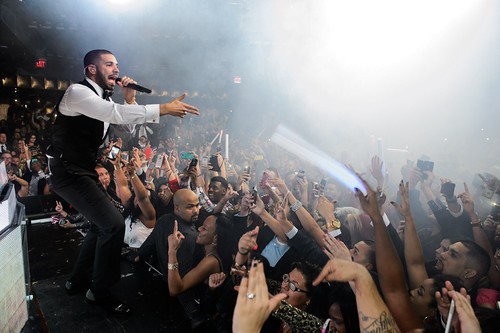 A tux-clad Drake held court at Marquee Nightclub inside the Cosmopolitan of Las Vegas, counting down the last moments of 2014 and personally handing out shots to fans at the front of the stage before wowing the sold-out crowd with a medley of nearly a dozen songs, including “Started from the Bottom”, “We Made It,” and “Trophies.” Taking to the mic he told the packed club “If you love somebody you’ve got to show them some love right now. This is the time.”

He brought his dad Dennis along with other family and friends up on the stage as he finished his performance from the draw bridge above the crowd. DJ Politik provided the soundtrack for the evening as club goers, including fashion designer Alexander Wang partied in the tri-level nightclub and outside on the pool deck under the temperature controlled Dayclub Dome. 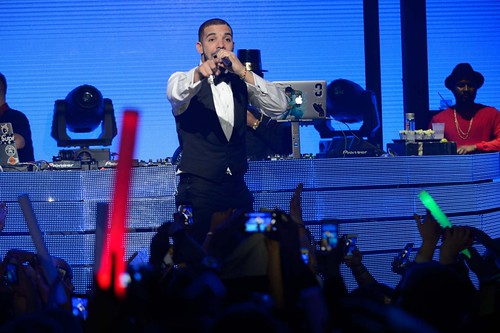 Gearing up for New Year’s Eve, Drake was spotted dining at TAO two nights in a row.  On Tuesday the rapper met up with music producer Irv Gotti and friends at the Asian bistro for TAO-TINI cocktails, hot and sour soup and Mr. Wong shrimp. Later that night he headed to Marquee’s Boom Box Room for the club’s Hip Hop Until The Ball Drops pre-New Year’s Eve party. On December 31st, the restaurant opened up the private dining room and served a special menu for Drake so he could fuel up for the big night. 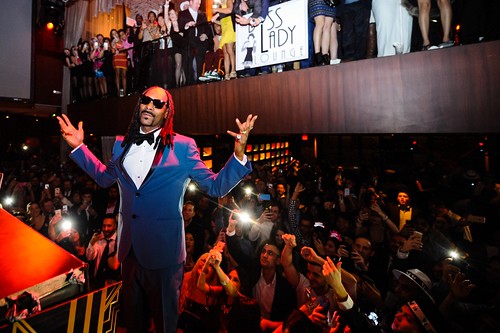 Snoop Dogg manned the DJ booth at TAO Nightclub at The Venetian for the last Snoopadelic Cabaret of 2014. Serving as Master of Ceremonies, Snoop greeted the crowd in the downstairs Boss Lady Lounge before heading into the club where he led the dressed-to-the-nines revelers in the countdown and then performed songs including “The Next Episode,” “Gin and Juice,” and “Drop It Like It’s Hot.”

The entire venue was transformed into a 1920s speakeasy and Snoop was presented with a special limited edition Shine Bright six liter bottle of Moet & Chandon Champagne that was paraded through the crowd.  Andre Johnson, wide receiver for the Houston Texans was also spotted at TAO. 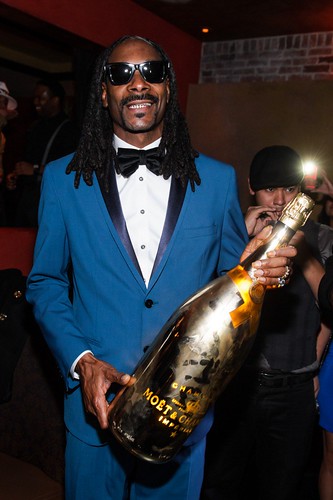 At LAVO inside The Palazzo, DJ Khaled was on hand, toasting the arrival of 2015 with a performance of hits such as “All I Do Is Win” and current favorite “Hold You Down.” He later made his way to TAO where he joined Snoop in the DJ booth.