Send a Packed Party to Your Favorite People 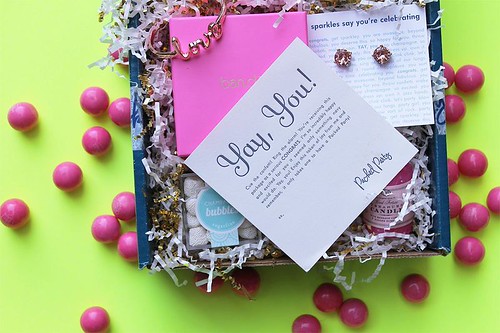 Looking for a fun, quirky, yet thoughtful gift? Send a themed party package straight to someone’s door with Packed Party. 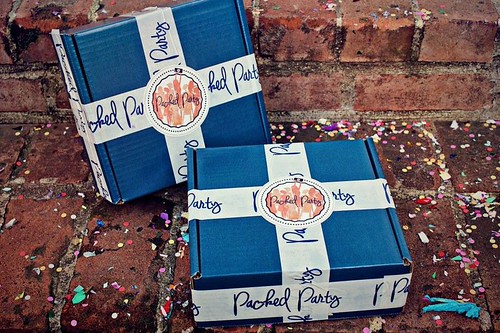 Packed Party is a simple and unique way to give a party in the form of a personalized gift box. From birthday and bachelorette party celebrations to the “You Don’t Need Him Anyway” break-up consolation pack, you can send a box for pretty much any reason, or for no reason at all. 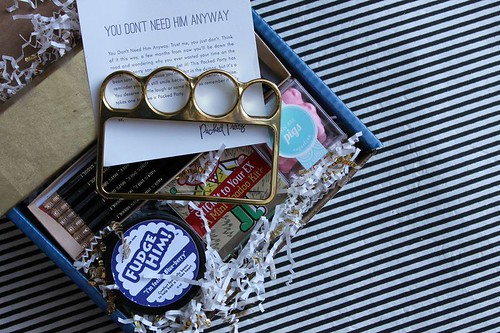 Each packed party comes with four to five hand-picked items centered around the theme, which include:

Starting at $45, these charming boxes are great gifts for specific occasion and to stand out among the rest, and it’s a fun surprise each time.

We miss you, too, bitch. 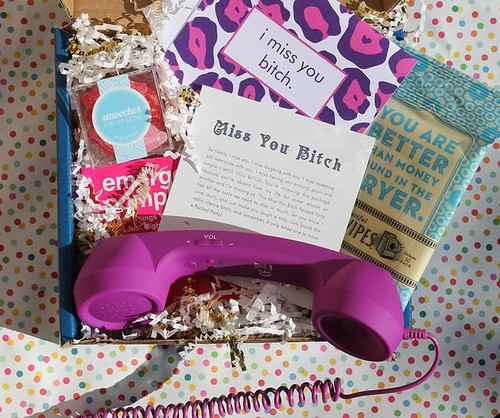 Packed Party was established by Jordan Jones when she was 23 years-old. She had just recently moved to San Francisco not knowing anyone to work for a tech company in Silicon Valley. Feeling a bit lonely in a new city where she didn’t know anyone she was on the phone with her mom who told her she was having a Pity Party for herself and to go to bed. Jordan did, and woke up that same evening with the concept of sending yourself an actual Pity Party and party package to throw a “party for one”. Jordan stayed up all night conceptualizing the idea, coming up with the name Packed Party, how she wanted the logo to look, what she wanted to name the packages and what she’d include inside them. She sold the idea to her father the very next day who said he’d invest a bit of money in her to get started.Off she went working both at the tech company in the valley and doing Packed Party at night, she had no friends after all so it became her life. Packed Party grew and quickly over social media platforms like Instagram and BuzzFeed after Jones posted a story about what she was doing in third person. The story went viral and so did her Instagram before she was even technically selling the packages.