Champagne! One word says it all. This is where you will find that the rich heritage of the land and the warm hospitality of the winemakers have created a unique realm of happiness.

Founded in 1785 by Florens-Louis Heidsieck, Champagne PIPER-HEIDSIECK has been synonymous with quality, culture, boldness and style for over 250 years. 2014 marked the year that internationally acclaimed winemaker Régis Camus celebrated his 20th anniversary with Champagne PIPER-HEIDSIECK. The brand has grown to become synonymous with France’s long cultural history, quality and luxury. Under the guidance of Régis Camus the company is notably one of the world’s most awarded champagnes.

To celebrate this occasion nearly 200 people came together at Lightbox in NYC to raise a glass in celebration of Chef de Caves Régis Camus’ 20th Anniversary with the House. Guests enjoyed hors d’oeuvres from Great Performances and mingled throughout a virtual vineyard which featured 360° of imagery from Reims, PIPER-HEIDSIECK’s headquarters in the Champagne region in France. The centerpiece of the soiree was the uncorking of a special Nebuchadnezzar (equivalent to 20 bottles of Champagne) of PIPER-HEIDSIECK, which featured a blend of Brut wines from 1996, 1998, 1999, 2004 and 2006. Oh! C’est bien! 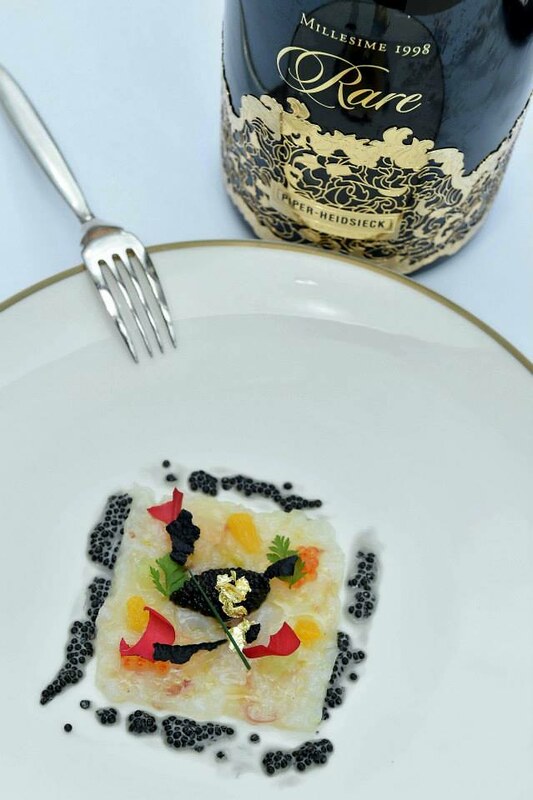 Joining PIPER-HEIDSIECK in 1994, Régis Camus has shepherded the House to great acclaim, thanks to his expert blending skills, attention to detail and passion for the process of winemaking. The celebrated Chef de Caves has increased the share of Crus from the Côte de Bars, while building a larger winery and creating a collection of reserve wines, all while staying true to the PIPER-HEIDSIECK tradition of quality and excellence. As Chef de Caves states:

“It seems to me that I belong to the multi-specialist cellar master genus whose members concentrate not only on pure oenology, but also on the entire process of winemaking. We have the same kind of reasoning: absolutely everything counts. Style and quality are the result of many subjective decisions taken throughout the process as a whole, from harvesting right through to shipping. Therefore, one must be multi- talented, know what one wants and accept no compromise whatsoever as far as quality is concerned.”