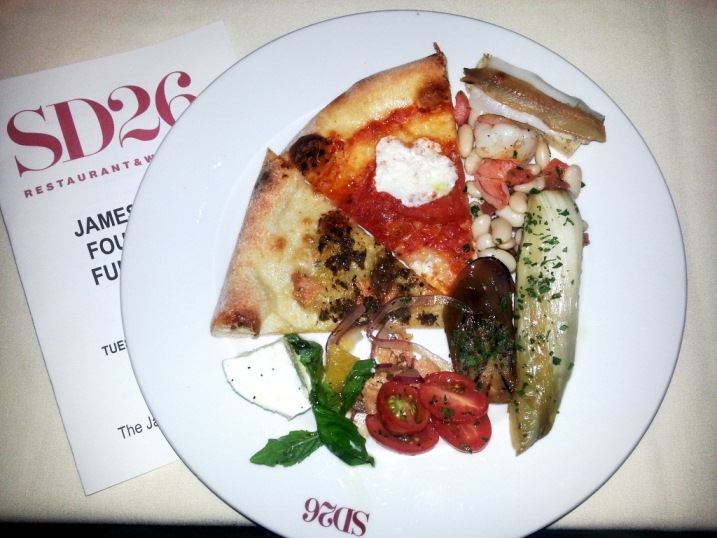 My girlfriend and I were invited to attend the 5th Year Anniversary of SD26 and the launch of the Tony May Scholarship for Italian Culinary Studies in partnership with the James Beard Foundation.  What an exceptionally exciting and delicious evening it was! 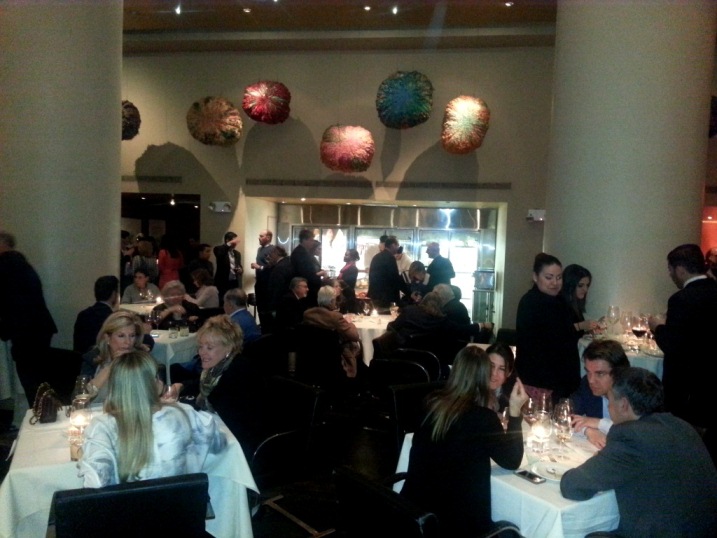 Executive Chef Matteo Bergamini and his team created a smorgasbord of delectable treats that catered to every palate. The roasted whole suckling pig porchetta was one of my favorites, along with the Tuscan style trippa. The Sicilian caponata was fabulous, as was the paccheri. And that’s just for starters. 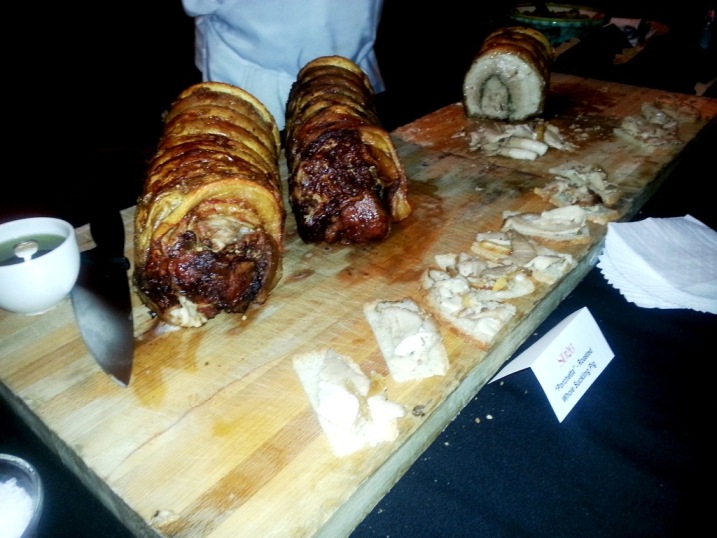 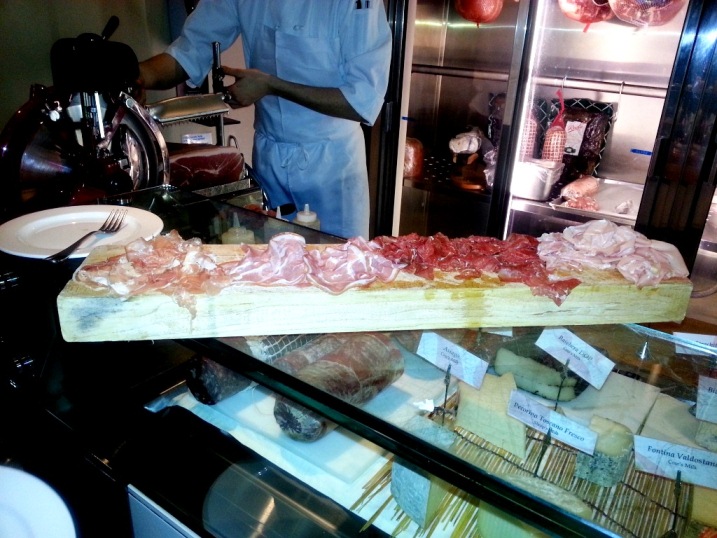 Throughout the night there was live jazz from the Hoffman Basentini Ensemble featuring Alice Ricciardi and DJ Leo from Rome.  After drinking a few of the special signature cocktails – our favorite was the Fig Gimlet – my girlfriend even got me to ‘dance’, although I don’t define what I was doing as dancing in any definition of the word, but more of a butchering of it. 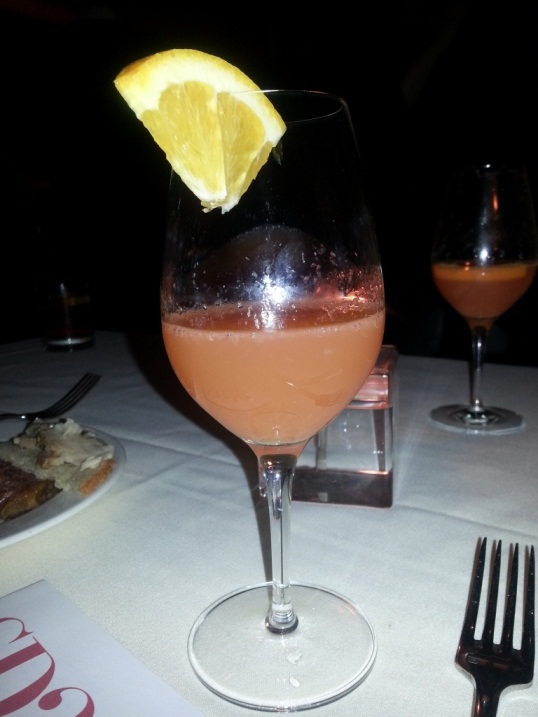 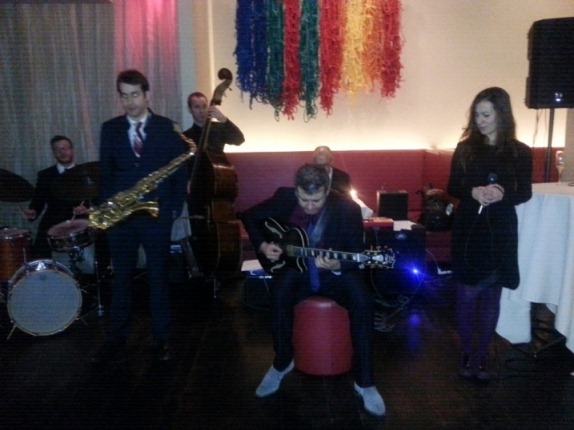 In the cellar, all were invited to pizza-making tutorials by SD26’s own Pizzaiolo.  We’ve never had pizza so fresh, literally made before our eyes. It was difficult to stop eating, but then we still had to explore their vast selection of fine wines, and explore we did. As an uneducated wine drinker, the Sommelier was very good at explaining the nuances of the wines we sampled, and, had I not been a bit impaired, I might have even learned something. 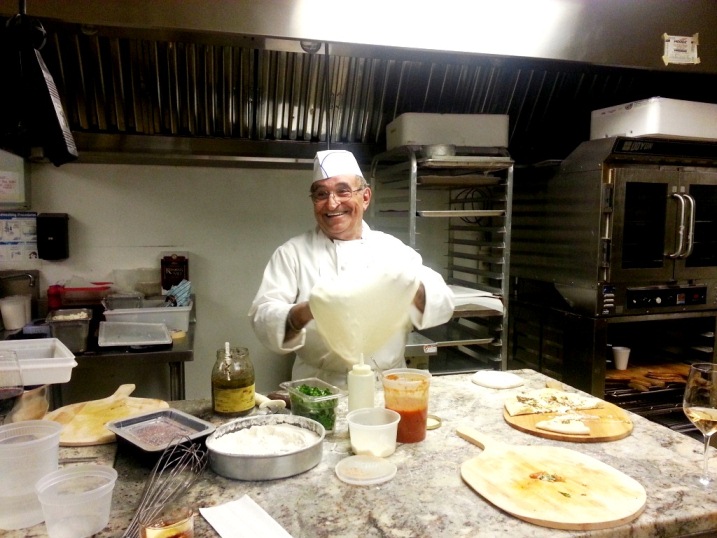 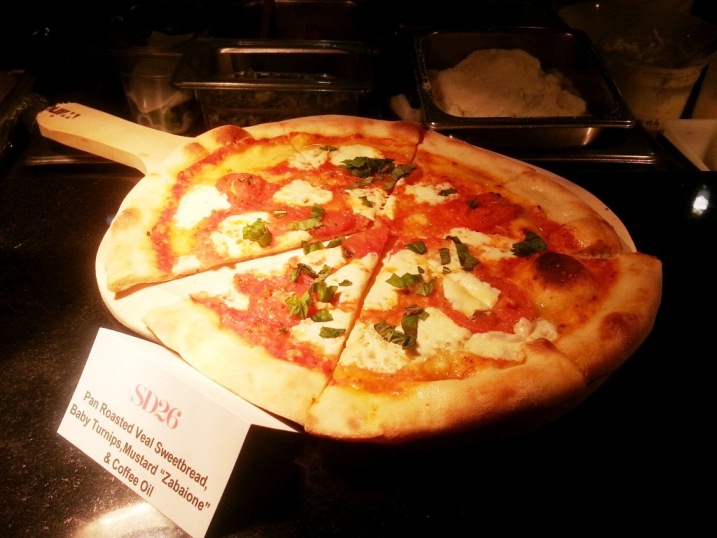 SD26 is owned by venerable restaurateurs Tony and Marissa May. Everyone who attended the evening received a copy of Tony’s book, Italian Cuisine: the New Essential Reference to the Riches of the Italian Table.

There were also some great raffle prizes, including a Marchesa by Lenox collection valued at over $3,000, and a $500 BuonItalia gift certificate. Proceeds from the event went to benefit the James Beard Foundation and its Scholarship Fund. 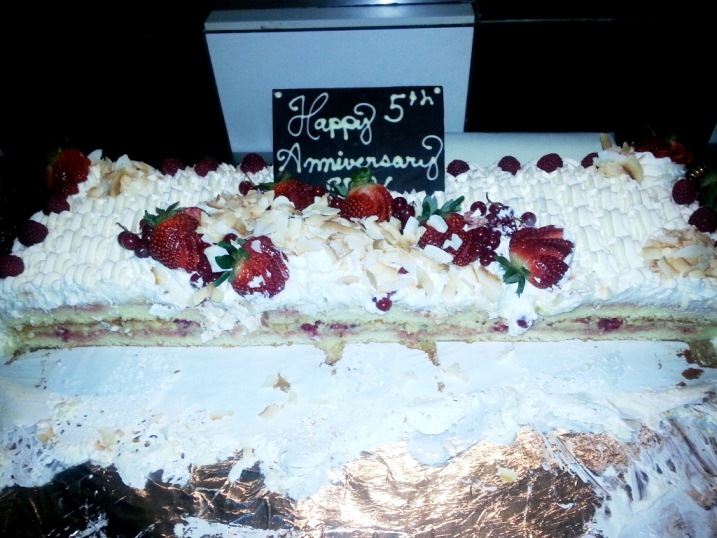