Film Screening: Maps to the Stars 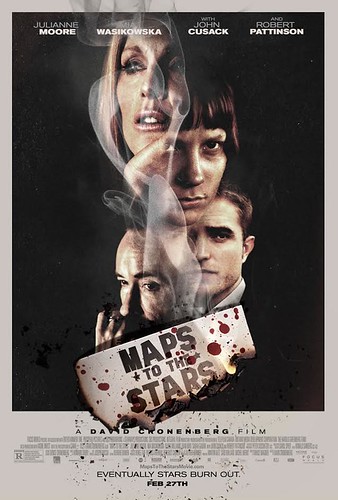 As a HUGE horror movie buff, David Cronenberg is one of my favorite directors. Known by many fans for helping create the body horror sub-genre, which explores people’s fears of bodily transformation and infection, his newest film, Maps to the Stars won’t disappoint.

My girlfriend and I had the opportunity to see a special pre-release screening and we Loved It. Maps to the Stars is a darkly comic tour into the heart of a Hollywood family chasing celebrity, one another, and the relentless ghosts of their pasts. 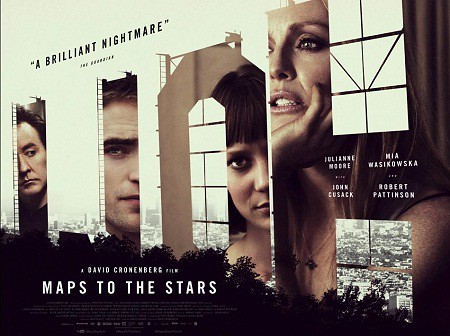 Julianne Moore gives an exceptional performance as the famous but aging and quickly-fading actress Havana Segrand, which recently won her the Best Actress Award at the 67th Cannes Film Festival, and a 2015 Golden Globe nomination.

The rest of the cast deserves mention too, for all their performances, in my humble opinion, were spot on. I really enjoyed John Cusack as Dr. Stafford Weiss, the TV psychologist, and Mia Wasikowska as Agatha, his estranged pyromaniac daughter. I can’t say much more about the film without giving anything away, but suffice it to say that whether or not you’re a fan of Cronenberg I’m sure you’ll enjoy this deeply dark but comedic film. It makes my family look like angels, and that’s saying a lot… 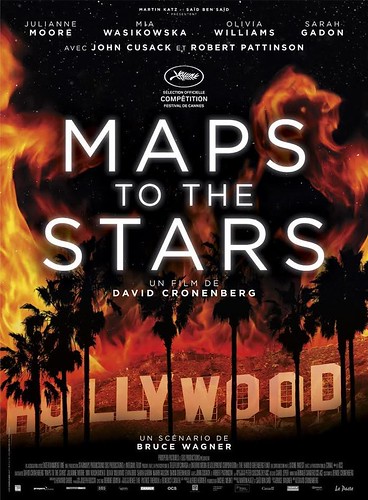 Maps to the Stars will be released in the US in Theaters, On Demand, and iTunes on February 27.

Maps to the Stars
www.MapstotheStarsfilm.com