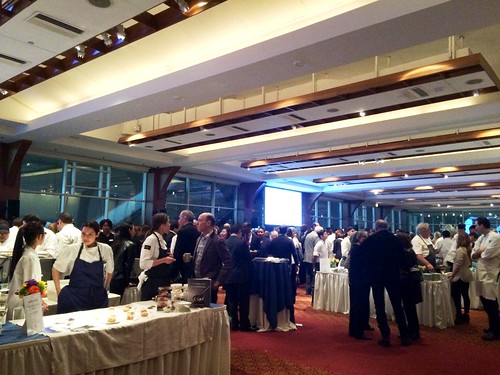 Earlier this week on Tuesday, March 3rd, hundreds of New Yorkers trekked out through the snow/sleet/hail to celebrate the Careers through the Culinary Arts Program‘s (C-CAP) 25th Anniversary Benefit held at Pier 60.

C-CAP’s mission is to promote and provide career opportunities in the foodservice industry for underserved youth through culinary arts education and employment. It is an astounding and life-changing service for all those have been part of the program at any point during the past 25 years. 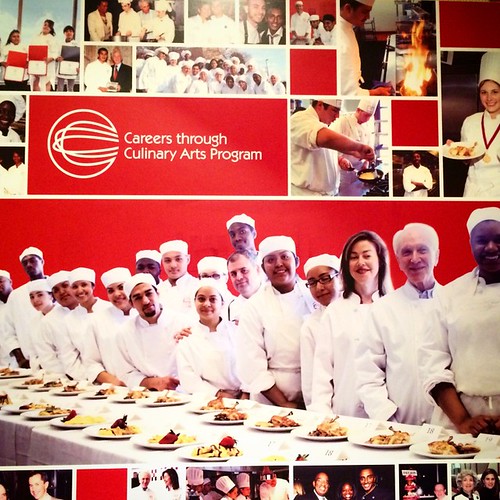 For this momentous occasion, this year the night honored two amazing men in the culinary industry: Chef and Restaurateur of The Cecil and Minton’s, Alexander Smalls, and Former Chairman & CEO of Time Warner, Dick Parsons.

Smalls and Parsons were recognized for their great work in the Harlem community and for their support of C-CAP and celebrated alongside the city’s hottest chefs, including Daniel Boulud, Dan Barber, Michael White, Marcus Samuelsson, and more. 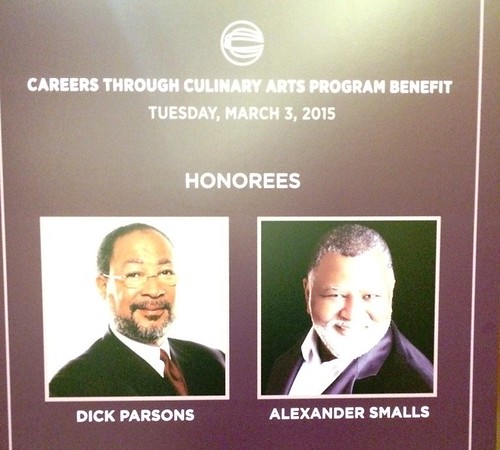 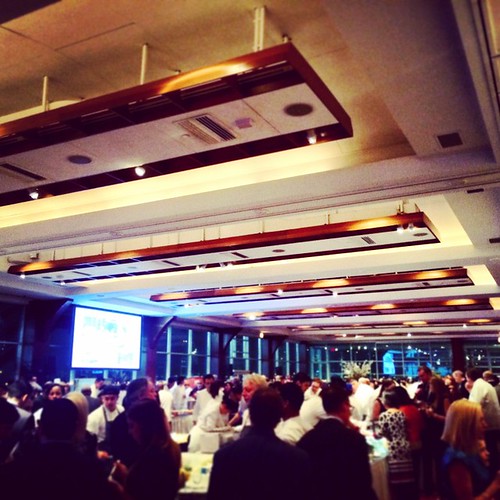 The benefit was a grand tasting event that gave guests a taste from all the city’s best chefs and their star apprentices, including C-CAP high school culinary students. Proceeds from the event went to support C-CAP in providing scholarships, education, and career opportunities.

The emcee for the evening was WCBS TV News Anchorman Maurice DuBois, who welcomed Richard Grausman, Founder & Chairman of C-CAP who shared his story on his commitment to the organization.

In addition to a silent auction feature dozens of amazing items – including vacation packages, fine dining options, culinary classes, and even tickets to a sold out Lady Gaga concert – there was also a live auction run by Jamie Ritchie, CEO & President of Sotheby’s Wine. These extremely coveted auction items included a week-long culinary trip to Italy, a private dinner party for 30 people at Minton’s, and the opportunity to be part of Marcus Samuelsson’s test kitchen. These three live auction items raised over $40,000! 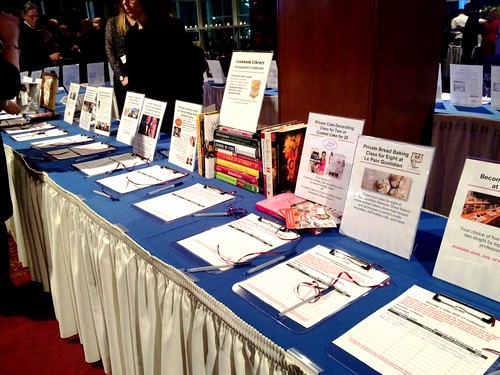 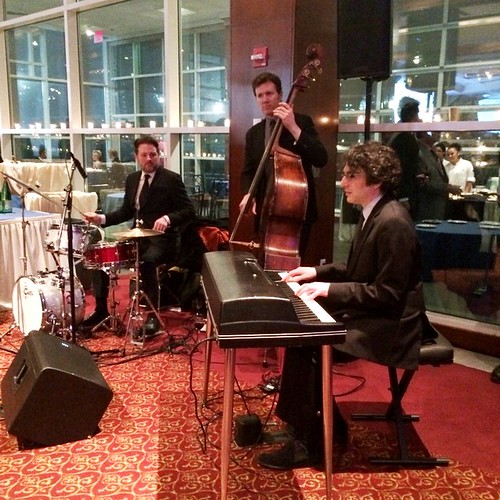 Now, about the food. There were too many standout chefs and dishes, and here are just a few of them to highlight.

To start, we circled around for some light appetizers. Eggs played a big part during the night, including a duo of custards served in egg shells from Abigail Kirsch and the warm egg custard with green asparagus and sea urchin from Benoit.

For those with a more refined palate than mine, Daniel served pheasant terrine with foie gras and pistachios. For a more general palate, there were dumplings from Talde. Though dumplings are pretty unphotogenic, the taste of the pretzel pork dumplings with chives and a side of spicy tahini mustard more than made up for the boring photo. 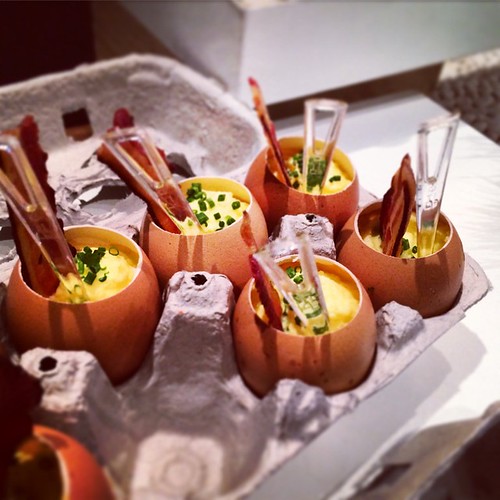 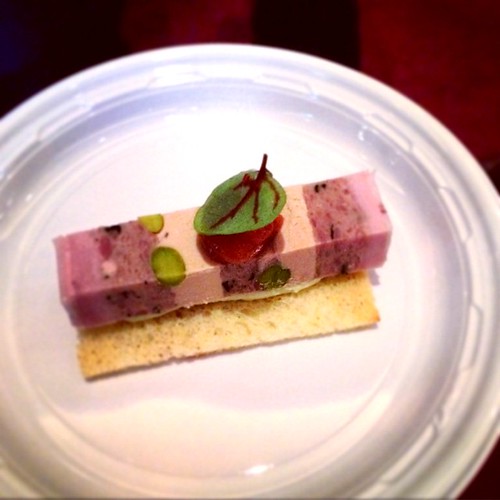 There was a great balance of seafood among all of the dishes. The Cecil served a curry crusted cod with kimchi rice porridge, and Oceana served up two giant Venetian-style Alaskan Weathervane scallops that were almost a meal on their own. One of our favorites was from The Sea Grill with their creative and interactive “CAN build your own” chirashi sushi. 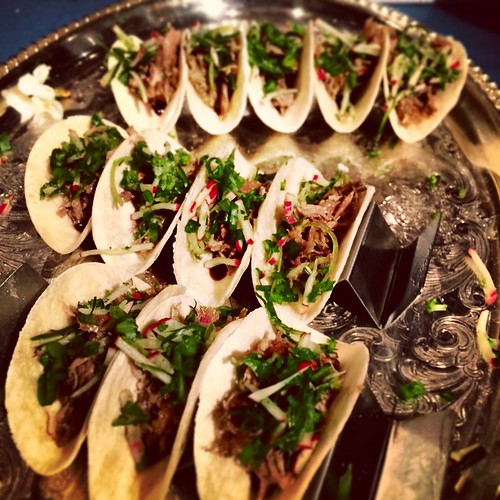 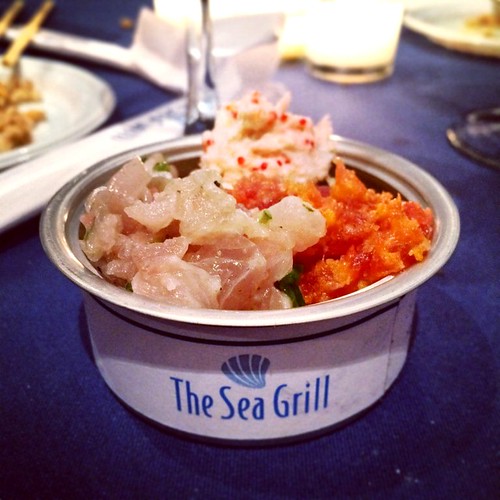 Moving to the meat dishes, the prime rib au jus from Porter House New York was soft and tender. The chefs from Red Rooster were busy preparing the chicken tack tack for all the guests, while at Chadwick’s they served up braised smoked pork belly with pickled cabbage and soy honey ginger. Simple but perfect Moroccan-style lamb meatballs from Almond were flavorful and hearty. 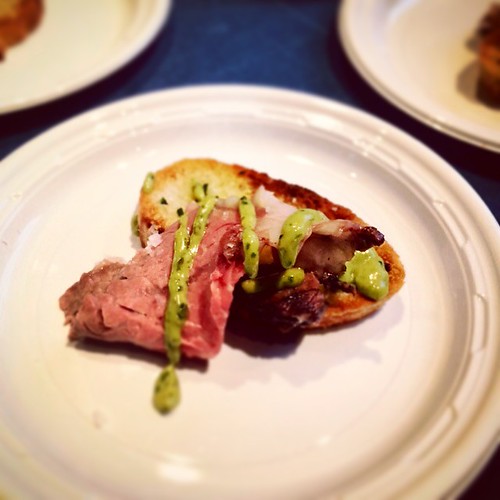 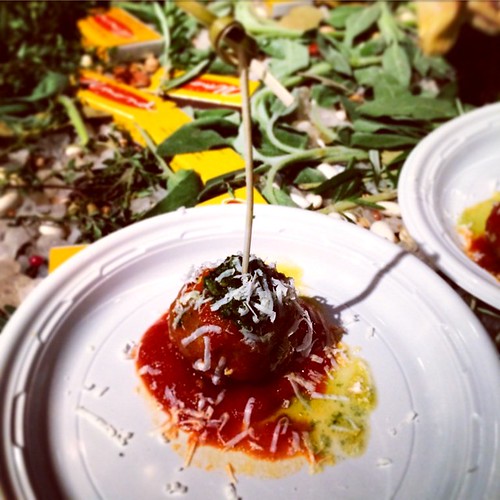 The only table with a line during the entire evening was for the Peking duck buns from Shun Lee Palace. The chefs were feverishly carving the duck, and the crowd patiently waited. It’s true when they say good things come in small packages, especially when it came to Nobu‘s umami chicken wings by Matt Hoyle. We had many conversations with other guests on how such a small piece of meat packs such a punch of delicious flavor. 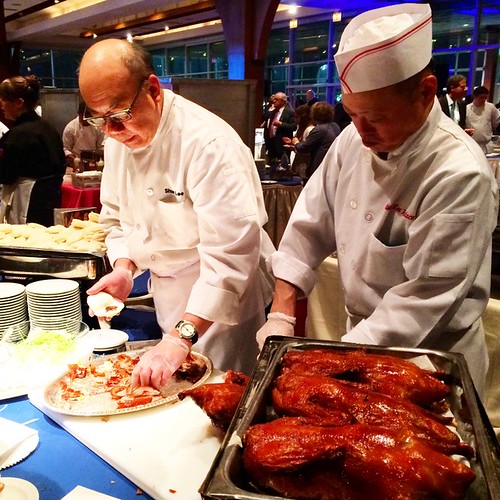 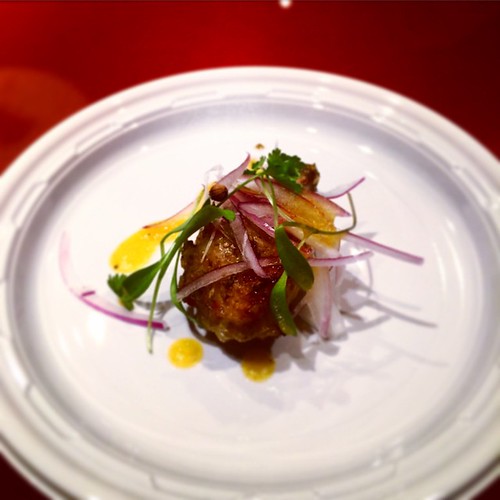 One of the best ways to wrap up the night is with an overload of desserts. We loved the sweetened tang of the Meyer lemon cheesecake from Restaurant Marc Forgione, and everyone flocked to peek at the small jars of Sarabeth’s banana cream trifle. 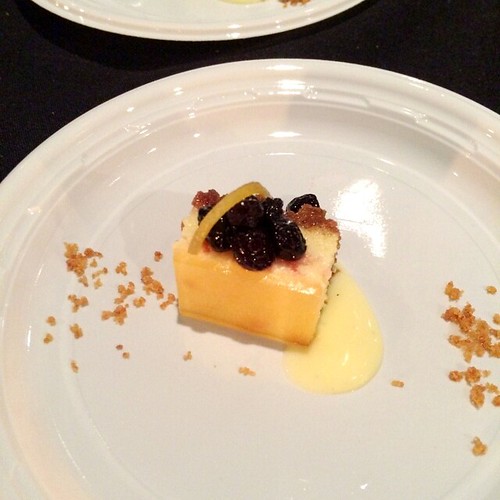 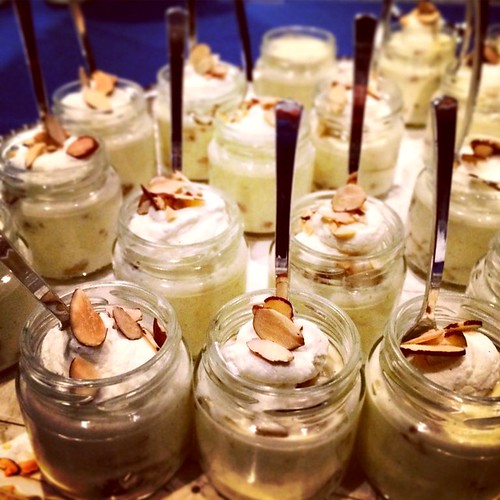 The pasty design of the hazelnut cream puff from AltaMarea Group was lovely, and Batard’s coffee and milk “Kardinal” was wonderfully plated. 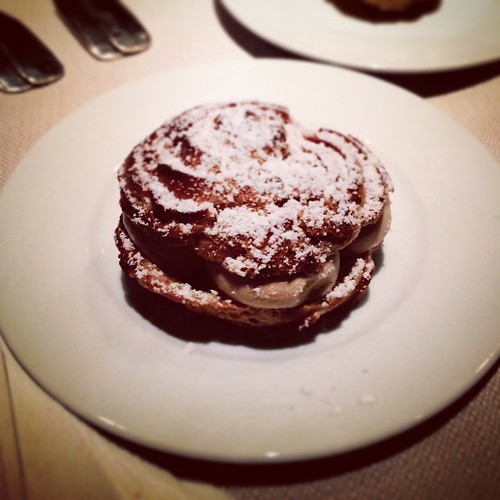 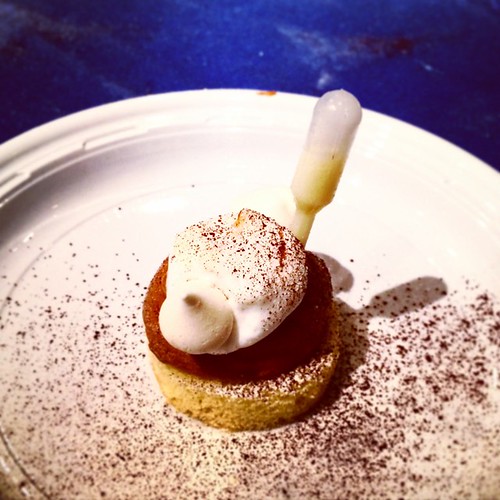 What really stole the show was the “Hit Me” chocolate cake from Chef Thiago Silva of EMM Group’s Catch Restaurant. Check out the chocolate pour-over followed by the smash! 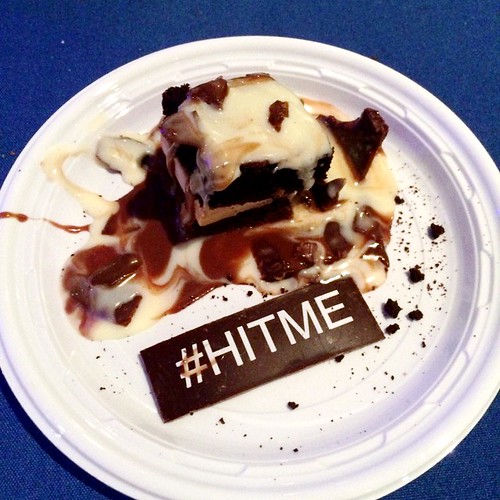 We had a wonderful night celebrating C-CAP and their wonderful chefs. We can’t wait to see all their delicious and amazing culinary creations, coming soon to an NYC restaurant near you!