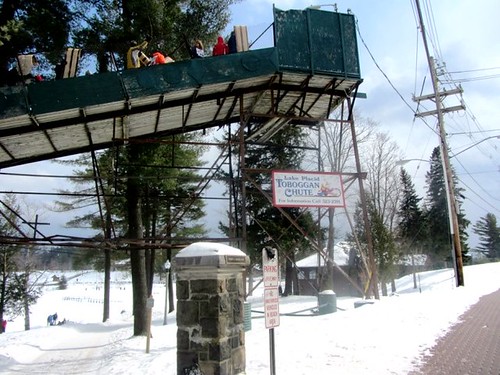 This is part of our travel series, “I Love NY: Experiencing the Adirondack Winter.”
Read Part 1 here and stayed tuned for more!

After a much needed bellyrest in our lovely plush room at the Crowne Plaza Resort Hotel, we met our host Melanie and some of the other guests of the Adirondack Winter Challenge for some wake up java and breakfast at Generations Tap & Grill at the Golden Arrow Lakeside Resort. The resort was a classy place, full of skiers, snowboarders, and other winter sports lovers, all stocking up for the days events.

After breakfast, we went to check-in and choose from a list of activities. First up for my girlfriend and I was bobsledding at the Olympic Sports Complex.  I mean, how can you NOT try bobsledding? The Olympic Complex itself was interesting to look around, with all the living history it has within. 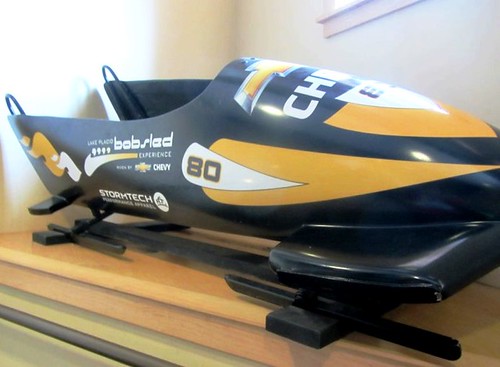 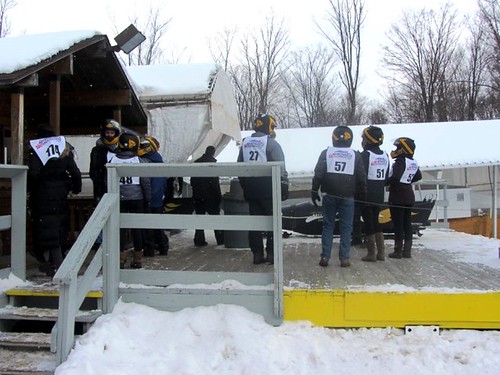 We then suited up (just the helmets, not the full sleek bodysuit – although I did ask), and went for a speedy half-mile run down the track, winding through turns known by sliders the world over. I’m pretty sure we tied the record with the Jamaican National Bobsleigh team, but we might have been off by a second or two… 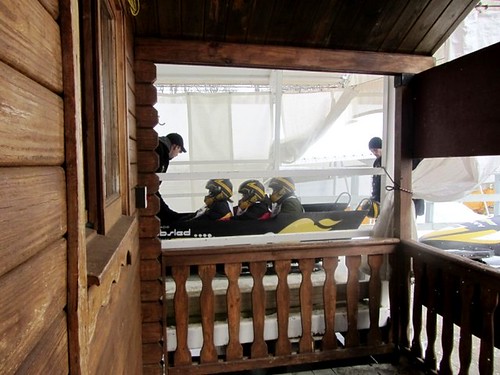 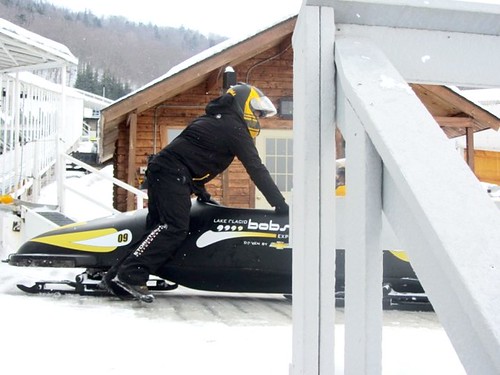 Next up was tobogganing on Mirror Lake. And, guess what? By the time we got to the head of the line, it was snowing. Seriously snowing, which was perfect for our first ride! 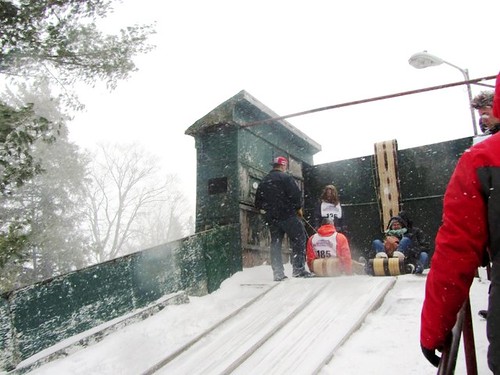 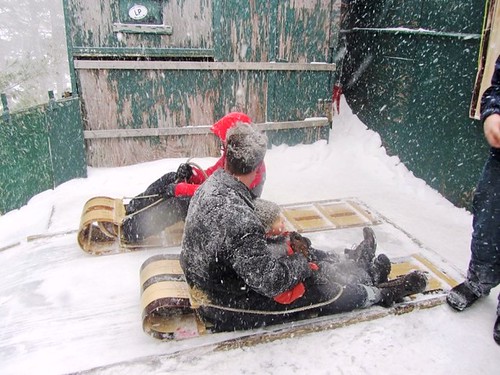 The 30-foot high converted ski jump trestle sends toboggans down ice covered chutes onto frozen Mirror Lake. Depending on weather conditions, toboggans can travel over 1,000 feet once they reach the frozen lake surface. Not sure if we made it 1000 feet, but we had one hell of a ride! 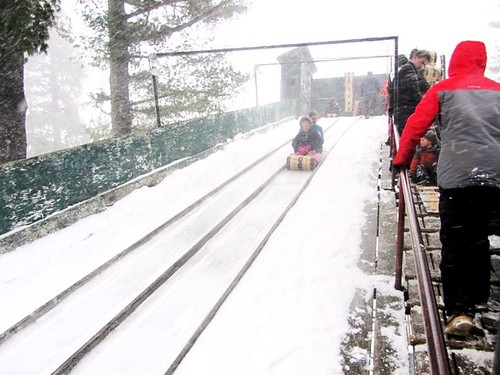 Since the toboggan run let us out near the start of the dog-sled area, we thought we’d give it a shot (especially because one of my old college buddies, Bryan Bearss, is doing this years Iditarod in Alaska!). 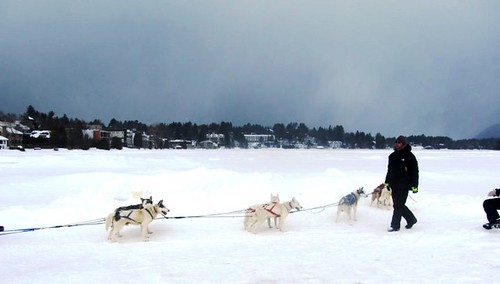 You absolutely can NOT visit Lake Placid in the winter without doing at least one lap around Mirror Lake on the sled being pulled around by the team of beautiful dogs. Just remember to hold on! 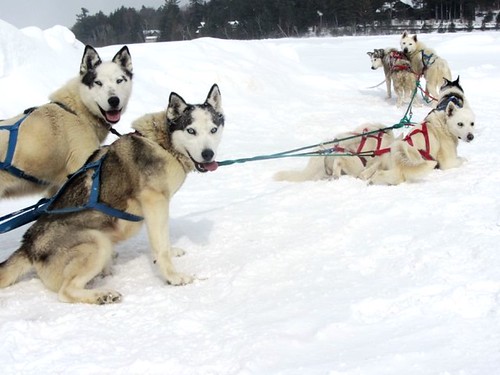 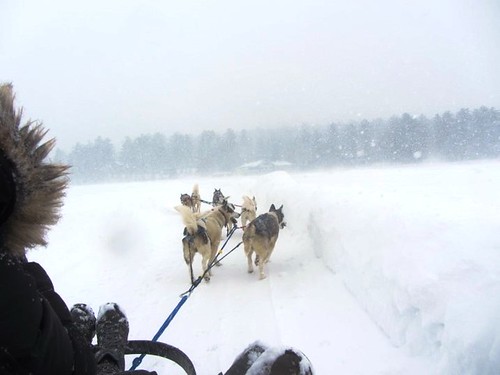 We literally ran to try and catch some Curling, but unfortunately they were finished by the time we got there. However, on our way through the Olympic Center we passed by an ice hockey game, and decided to stay and watch. At first, I was thinking, “Geez, these guys all have really long hair.” That was until my girlfriend pointed out that it was a woman’s high school hockey game. 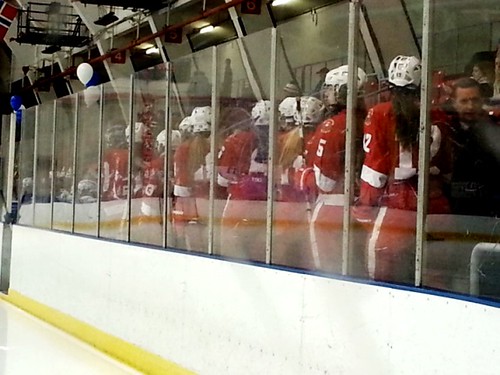 Never having been to a hockey game before, nor knowing much about the sport other than from Paul Newman in Slap Shot, I was impressed and a bit scared of the woman skating around ‘checking’ one another. I thought they must all be brutes under their helmets, but when half-time came (intermission in hockey), they took off their helmets and we saw some rather stunning looking women. Still, you don’t wanna mess with these hard-core chicks!