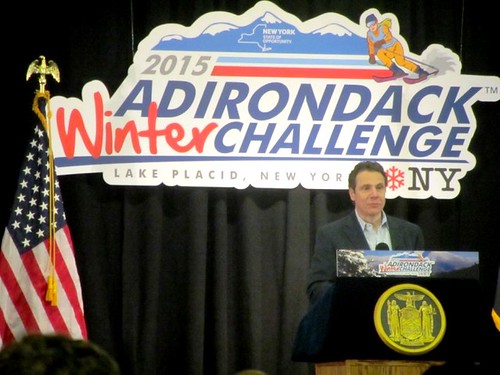 This is the third part of our travel series, “I Love NY: Experiencing the Adirondack Winter.”
Read Part 1 and Part 2, and stayed tuned for more!

The Awards Ceremony and Banquet, hosted by Governor Andrew Cuomo, was next on the agenda of our Adirondack experience, so we had to hurry back to our hotel to change into something half-way presentable – we thought we might win for the fastest bobsledding or tobogganing ride, after all.

After quickly pruning ourselves and preparing our acceptance speeches, we went back to the Olympic Center and were greeted by a wine, beer, and cheese pre-dinner tasting reception. 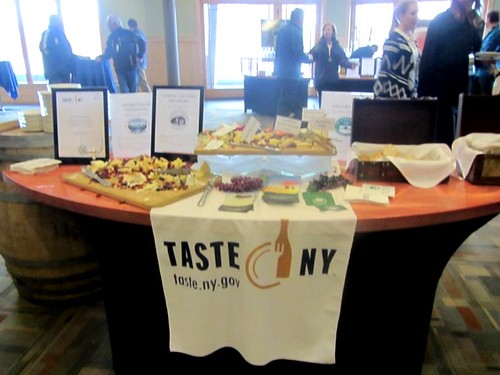 The Beaver Bite IPA from Paradox Brewery (yep, you read the name right) was my favorite, as well as the Cabernet Franc from Swedish Hill Winery. To follow, we sampled some delectable cheeses from Asgaard Farm & Dairy and the North Country Creamery. 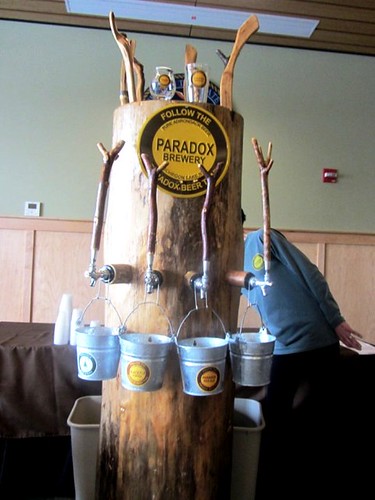 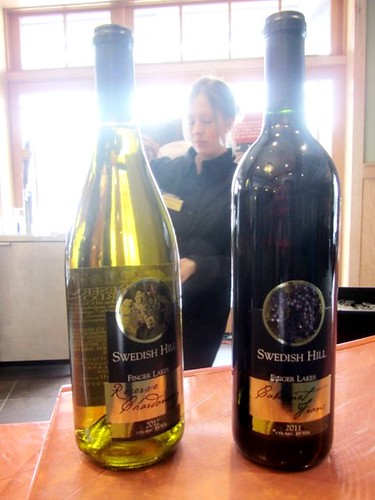 Trying to pace ourselves with the cheese to leave room for the awards banquet, we finally sat down with some tired folks who had been out snow-shoeing and cross-country skiing, activities that we wanted to do but didn’t have the time to try. Governor Cuomo then went to the stage to talk about the day and thank all involved before handing out awards. 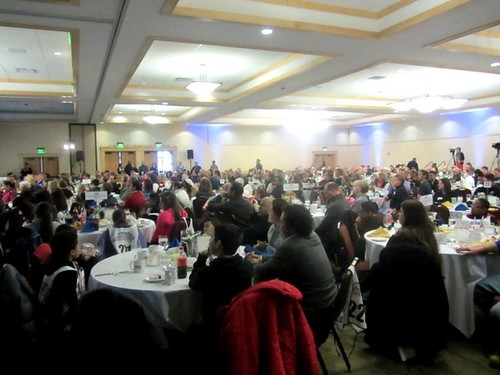 We were hopeful and expectant when the ‘speed award’ for bobsledding was presented. I nearly rose from my chair when they announced the winning team, but, alas, it wasn’t us. Maybe next year! Cuomo’s speech was actually pretty funny.  It was neat to see him live and in person.  I had no idea he was such an active outdoorsman, and evidently he’s a bit of a speed demon on the snowmobile. 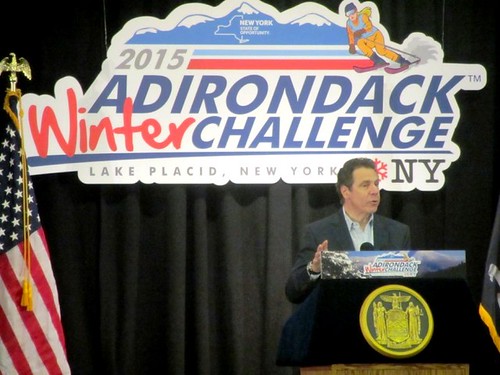 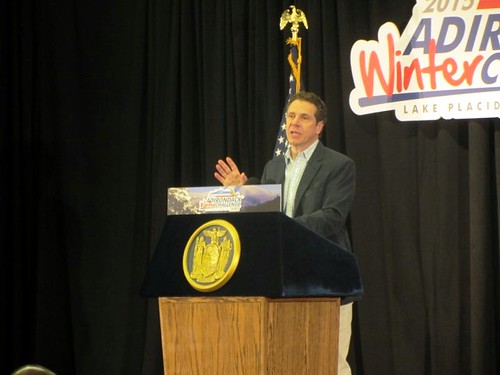 After the ceremony, we took a nice long walk around the town of Lake Placid, which is really cute, stopping in a few of the shops that were still open on an early winter Sunday evening. To end the night, we met up again with our host Melanie for our last dinner in Lake Placid at Täste Bistro & Bar at the Mirror Lake Inn.

The Inn itself is beautiful and has a interesting history dating back to 1924. In 1988 there was a raging grease fire that started in the kitchen and destroyed the main building. Being resourceful in midst of a heated crisis, the gorgeous Averil Conwell murals were saved by someone using a chainsaw to cut them out of the wall before the fire consumed them. A massive grandfather clock was also saved and is now a centerpiece of the reception area. 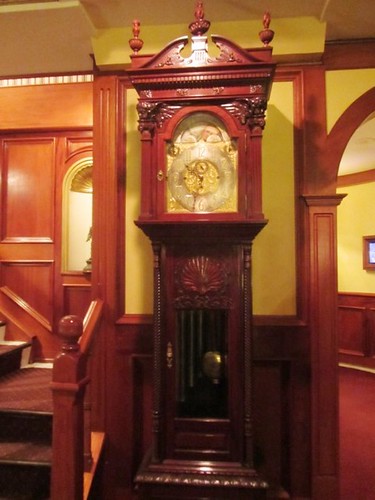 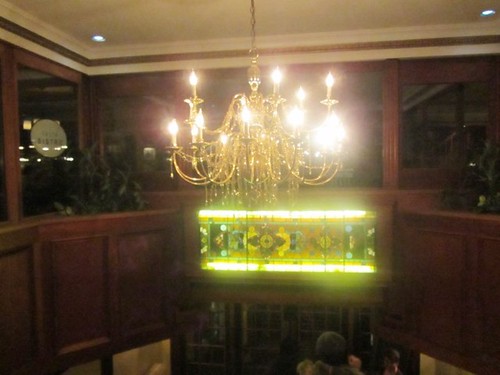 Lucky for us, the Inn was rebuilt the year after and the kitchen under control, and we had an absolutely delicious meal.  Their sautéed mussels were excellent, as was the lobster risotto – but my favorite was the tenderloin beef tips. Quite a nice way to end our night in Lake Placid. 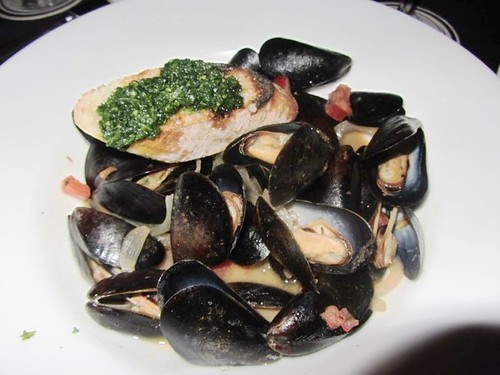 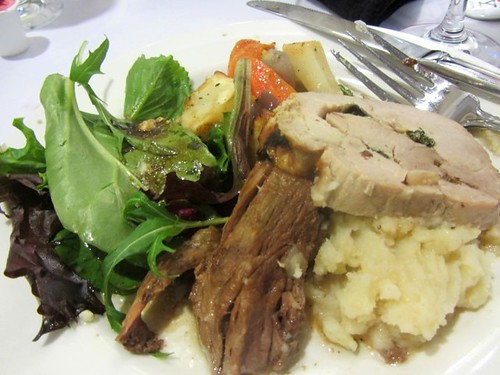