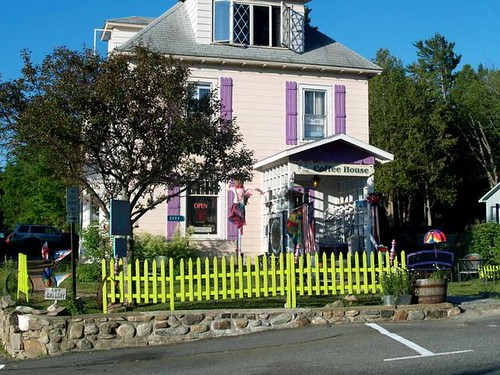 This is the fourth and final part of a travel series, “I Love NY: Experiencing the Adirondack Winter.”
Read Part 1, Part 2, and Part 3 here!

Not wanting to climb out of our ultra-cozy bed, we were enticed by the thought of coffee and breakfast which had been promised the night before at A New Leaf, a cute little coffee shop a bit off the main drag. We checked-out of our luxurious home-away-from-home and drove to it. They brew only organic coffee, and I recommend the Sumatran. Smooth and mellow dark roasted, it definitely perked me up! The owner is a real character. Get him talking as he has lots of interesting local stories to tell. 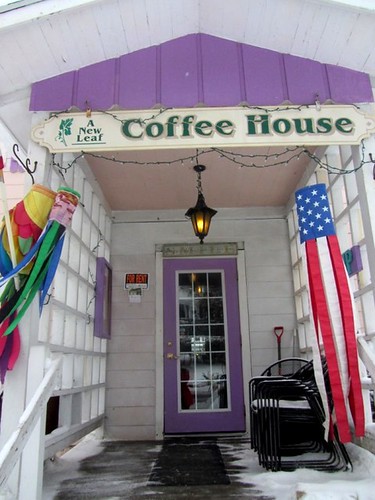 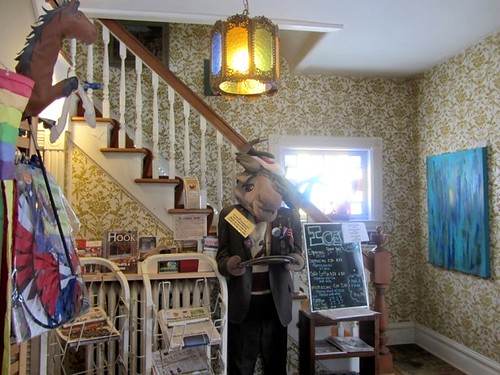 Afterwards we took a short trip to visit the nearby John Brown Farm State Historic Site at North Elba.  For those of you who didn’t pay attention in history class, John Brown was a white American abolitionist who was hanged in 1859 for treason against the Commonwealth of Virginia.  His body, as well as the remains of several of his followers, are buried in front of his home at the historic site. We didn’t get to tour the place much as it was covered in snow and you literally needed snowshoes to walk around, but it goes to show how hearty those that lived in the area, and still do, really are. 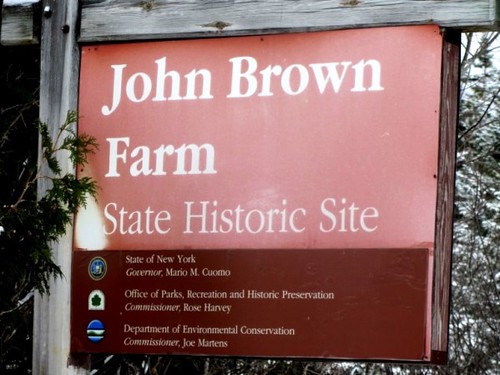 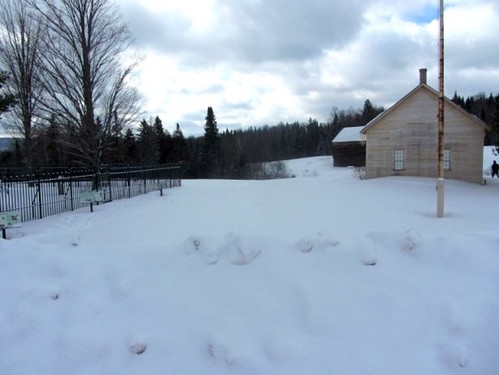 Then we drove to the Town of Chesterfield Heritage Center to visit The North Star Underground Railroad Museum. We didn’t realize that it’s closed during the winter, but we will definitely be coming back to visit this summer. The museum, which opened in 2011, reveals the hidden history of the Champlain Line of the Underground Railroad.

The Museum and Heritage Center are managed by the North Country Underground Railroad Historical Association. Poignant exhibits portray compelling stories of fugitives from slavery who passed through Northeastern New York and the Champlain Valley on their way to Québec and Ontario, Canada. Among their innovative displays are a multimedia production of the heartrending and triumphant story of John Thomas and his family. Thomas escaped from the cruelties of slavery in Maryland and settled on his own Adirondack mountain farm. 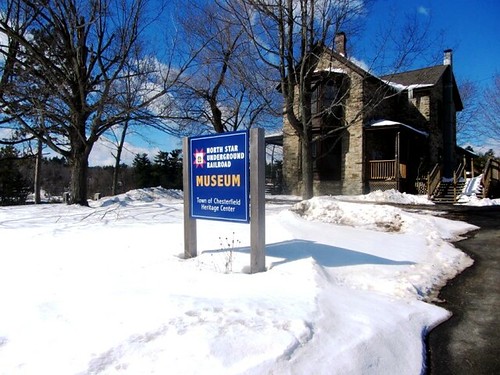 Next up was a quick pit-stop at Lake George for lunch at Giuseppe’s Pizzeria & Cafe. Their classic spaghetti and meatballs was delicious, as was their eggplant parmigiana, which we were were told is a local favorite. 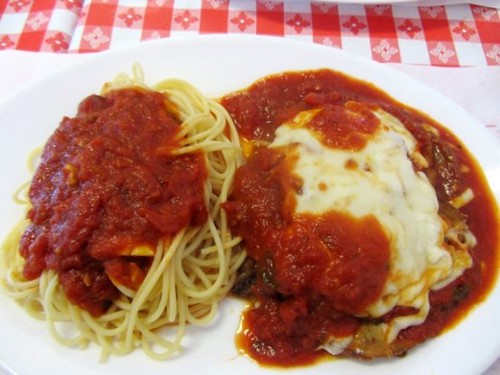 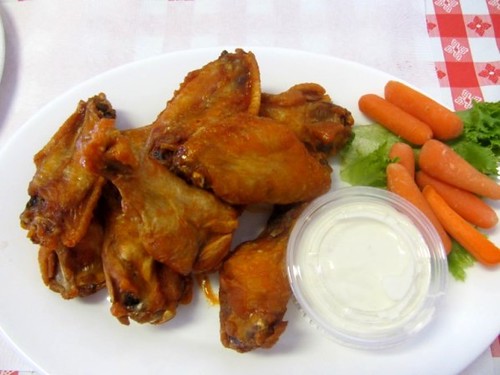 After gorging ourselves, Italian style, we took a walk over to the frozen lake to look at the steamboats that were moored in place for the winter. During the warmer months you can take tours on any of the three large cruise ships. 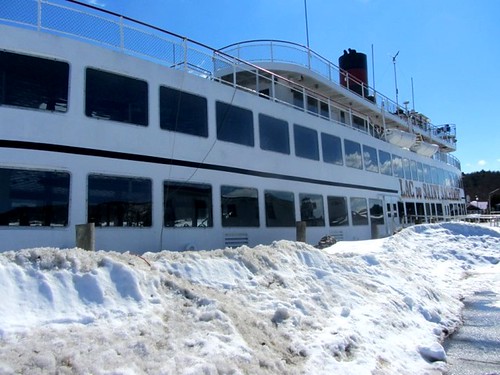 Then we walked over to Shepard Park to see what remained of the First Annual Lake George Snow Sculpture Contest. As the sculptures had been slowly thawing since their creation in chilly February it was hard to make out some of them, since parts had melted away. I did, however, get to sit on the literally icy cool Bear Sofa. It was comfortable, but left my arse wet for the rest of the trip home. 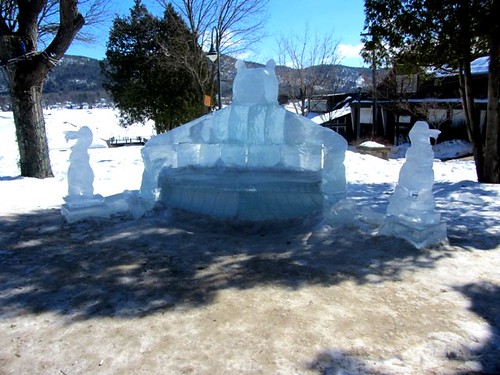 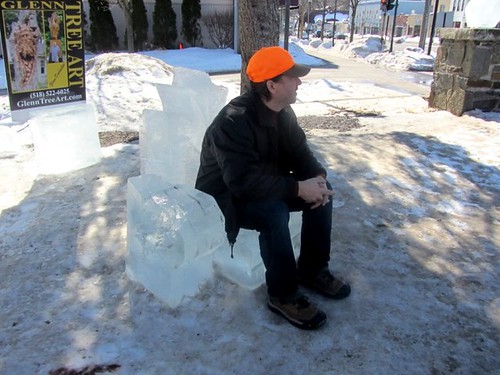 As we left Lake George we past two places that we MUST come back to visit. Being big horror fans, my girlfriend and I were amazed to see the Dr. Morbid Museum and the Frankenstein Wax Museum, both on opposite sides of town. Who would have thought, in the quaint and picturesque Lake George that such things existed? We were told by a local that, supposedly, Lake George is even haunted. Guess we’ll be coming up this October to check it out. 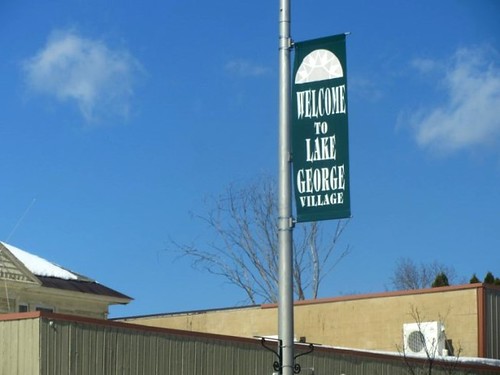 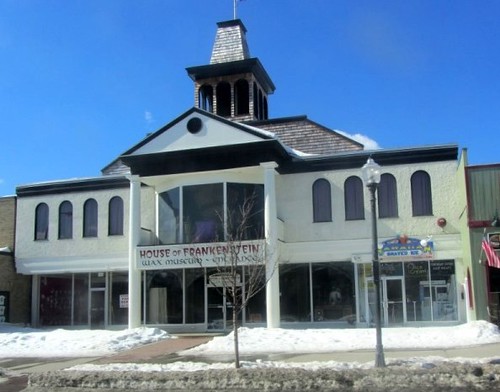