Food Bank For New York City | Can Do Awards Dinner 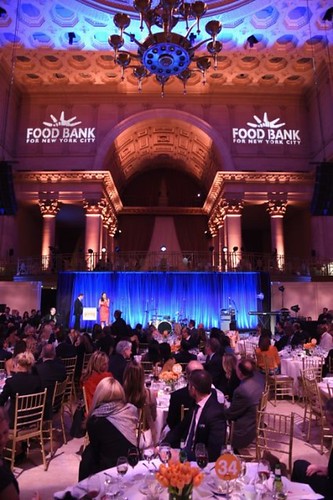 The Food Bank For New York City — the city’s major hunger-relief organization working to end food poverty throughout the five boroughs — raised more than two million dollars last evening, with donations still coming in, at the organizations star-studded, 13th Annual Can Do Awards Dinner, presented by Bank of America at Cipriani Wall Street. 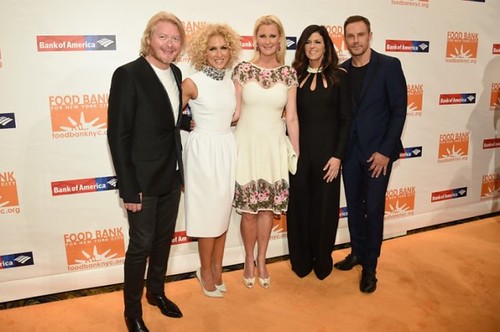 More than 600 people came out to support Food Bank For New York City in the fight against hunger, including Nashville’s Grammy Award-winning country music group and ACM Vocal Group of The Year, Little Big Town, who brought the house down. 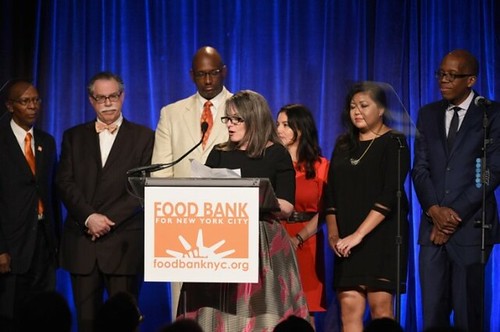 “Food Bank For New York City is honored to have the support of our extraordinary partners and honorees as we strive to provide New Yorkers in need with access to food and services,” said Margarette Purvis, President and CEO of Food Bank For New York City. “We will continue to work hard to earn the right to be the recipients of your best intentions for our city.  We thank you for choosing to invest in us tonight, and until we are victorious – when no New Yorker is denied access to healthy, nutritious food.”

The evening’s auction, led by auctioneer Lydia Fenet of Christie’s Auction House, featured celebrity-donated and exclusive items. The big tickets items included the  return of the Three Castrate —a once-in-a-lifetime, sit-down dinner for 16 people catered by legendary chefs Mario Batali, Tom Colicchio, and David Chang; Bank of America’s luxury double-suite at Yankee Stadium, including 38 seats, plus a custom ballpark menu catered by one of Food Bank’s fabulous Culinary Council chefs (generously donated by presenting sponsor Bank of America); and Questlove will deliver a pulsating two-hour set at the venue of the recipient’s choice anywhere in the five boroughs! 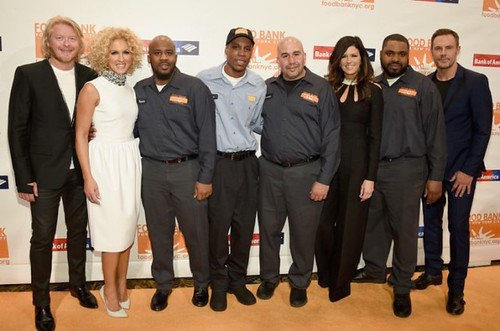 Can Do Honorees Tom Colicchio and Lori Silverbush were honored for their commitment to giving a voice to the millions who struggle to afford food, and for shining a light on the inequalities that exist in our society, thus inspiring many to action. Together, they have been a leading force for change and true advocates for those struggling to put food on the table every day. 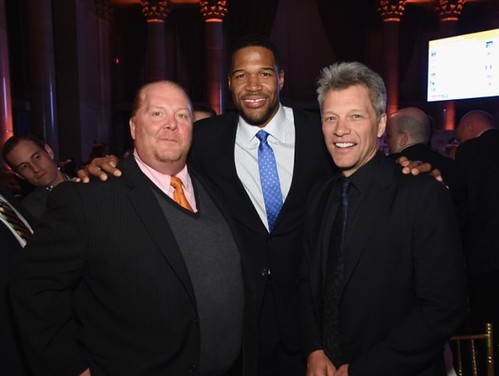 Can Do Honoree Stavros Niarchos Foundation has supported Food Bank For New York City’s hunger-relief efforts since 2009.  In 2011, The Foundation made a transformational gift to help create a technology solution that enables Food Bank to connect New Yorkers in need with emergency food and other services.  The initiative tracks New Yorkers accessing food and other services through Food Bank’s network of 1,000 community partners.  The project will play a key role as part of Food Bank’s strategic vision to create networks of organizations connecting clients with food and other benefits in an effort to reduce and eliminate the “meal gap” (the city’s official measure of food insecurity). 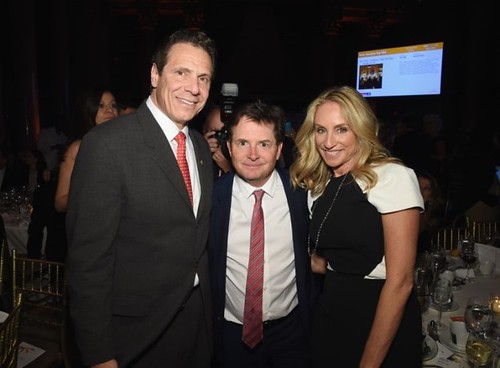 This year’s Corporate Can Do Honoree was Sandra Lee-Simple Living Publishing, who has made ending hunger a cause she is deeply committed to, having known first-hand what it is like to live with the worry of not knowing where a next meal was coming from.  Sandra has partnered with Food Bank on many campaigns over the years, including helping raise critical support for Food Bank’s Sandy Relief efforts.  In 2013, she hosted the World’s Largest Bake Sale, which raised more than $50,000 for Food Bank’s vital programs. 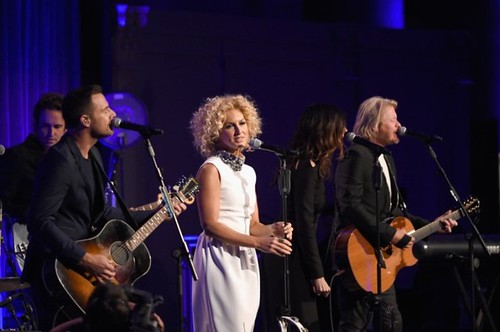 The Can Do Awards Dinner is instrumental in helping provide support for the 1.5 million New Yorkers who rely on Food Bank programs and services, including one in five children. New York’s most vulnerable families have lost more than 56 million meals as a result of the November 2013 cuts to SNAP (formerly known as food stamps). Food pantries and soup kitchens have confronted additional need without an adequate supply of food.  Can Do celebrates what each of us ‘CAN DO’ to help fight hunger in New York City. Since their inception, the Can Do Awards have raised more than 12 million dollars, helping to provide 60 million meals for New Yorkers in need.  Every dollar donated to Food Bank For New York City helps provide five meals.