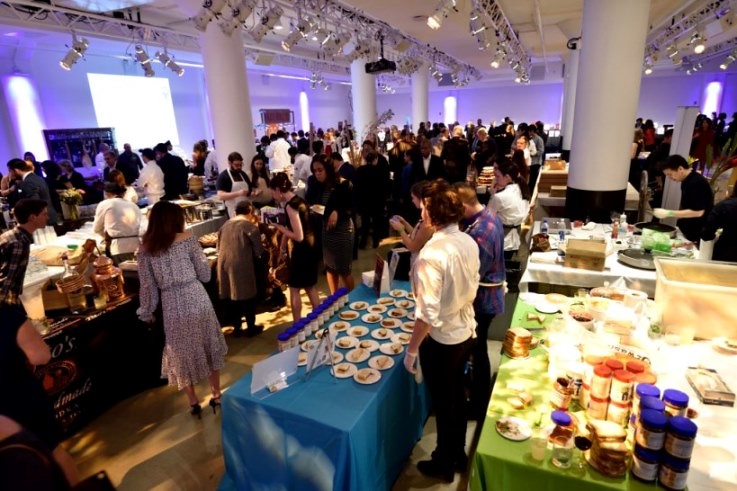 A decade ago, Taste of Hope – American Cancer Society’s signature annual culinary, wine and spirit tasting soirée – debuted, and today it continues to dominate the fundraising scene in the tastiest way.

On Thursday, April 30th, more than 800 attendees – including me – packed the newly opened Metropolitan West on West 46th for a foodie-filled evening noshing and sipping through two floors of food and entertainment. The mission of this event: support ACS’s mission of eliminating cancer as a major health problem. 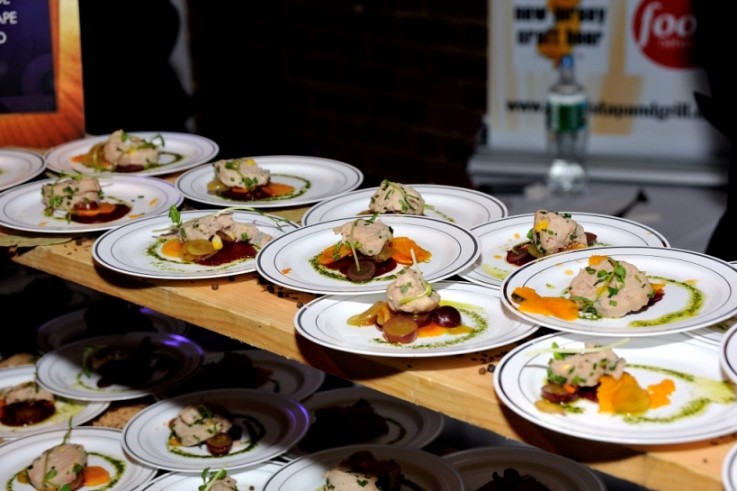 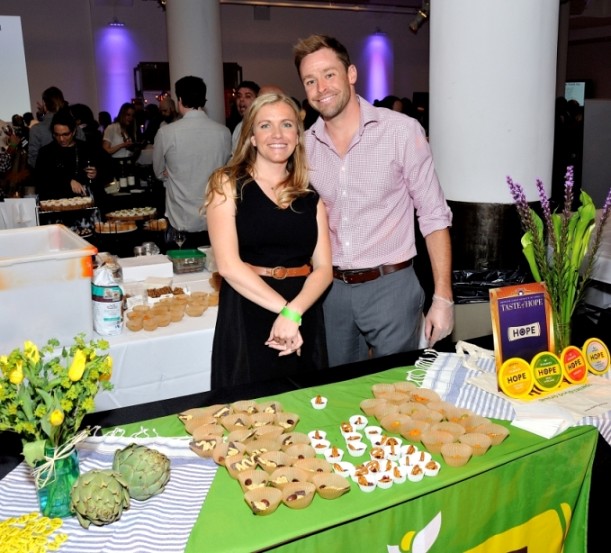 In my college days I interned for American Cancer Society in Lancaster, PA, assisting with their major fundraisers, so I know only too well how much work goes into planning one of these events. Following the event I found out just how successful the Taste of Hope event was this year! They surpassed their $200,000 goal with donations still coming in. The silent auction itself raised $21,000 in bids with items for the foodie, sports fanatic, Broadway enthusiast, traveler, spa lover and more. 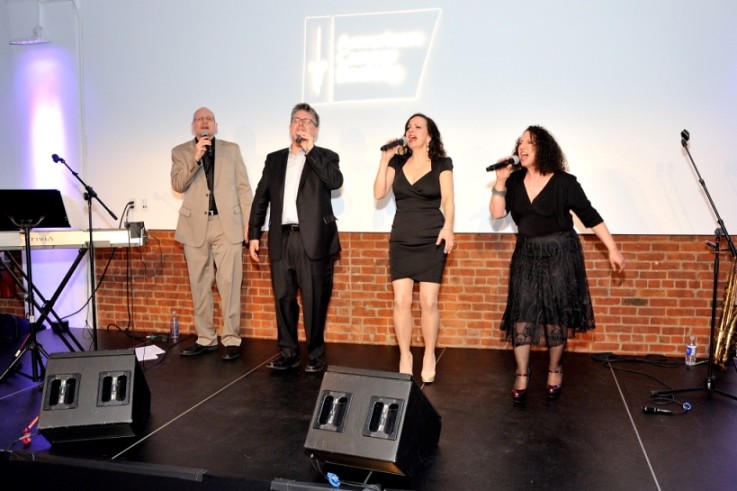 The event’s emcee, CBS News’ Chris Wragge took to the stage to oversee the evening’s program while leading actor and New York resident, Richard Kind and this year’s Chef Honoree, Top Chef Dale Talde showed their support.  Talde owns three local restaurants, Talde, Pork Slope and Thistle Tavern, and is close to the cause as one of his own, a sous chef in his kitchen, is bravely fighting cancer himself.

American Cancer Society’s COO Kris Kim went on to introduce this year’s Survivor Honoree, Stacy Fischer-Rosenthal. Cancer free since 2002, Fischer-Rosenthal encouraged the crowd with advice on early detection and how effective family support can be to fight the fight. 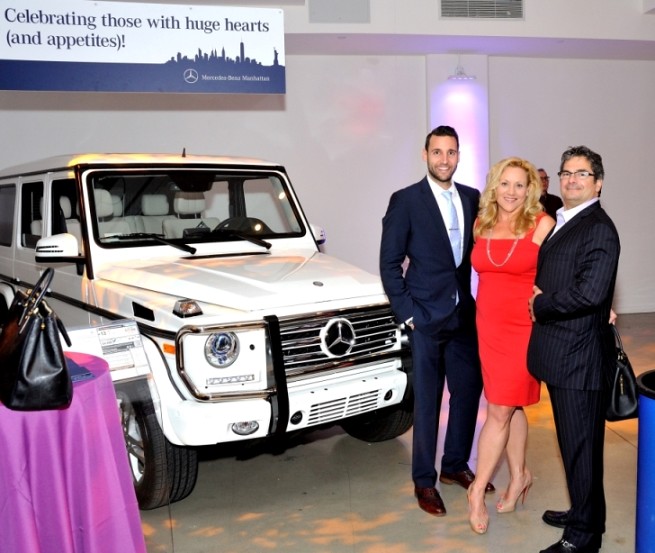 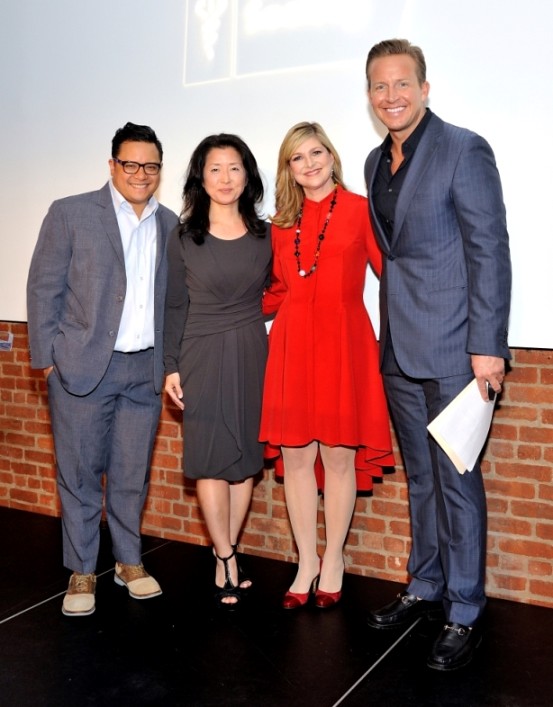 The special guests were immensely moving and the silent auction was overly tempting but I can’t wait to tell you about the mouth-watering food tasting. My guest and I entered early so we were able to seamlessly eat and chat with the participating New York chefs, restaurateurs and wine/spirits that helped make the evening a success. Once the doors opened though to the general public who purchased tickets it was a mad house! You’d think we had never ate before but that’s what flawless food does to you after a long day of work! 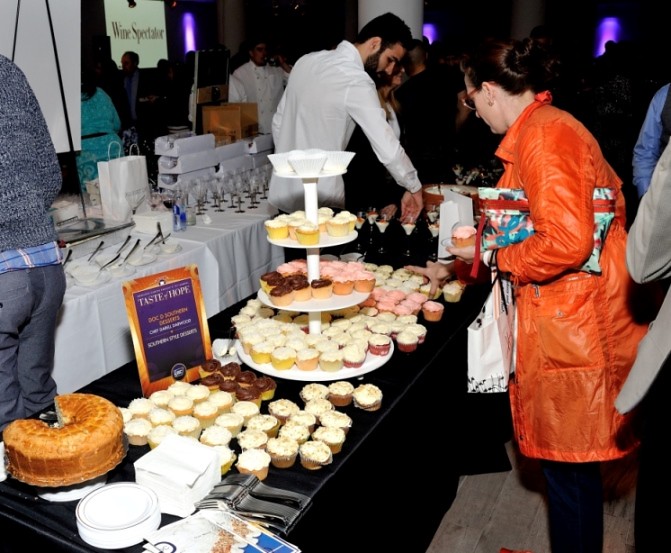 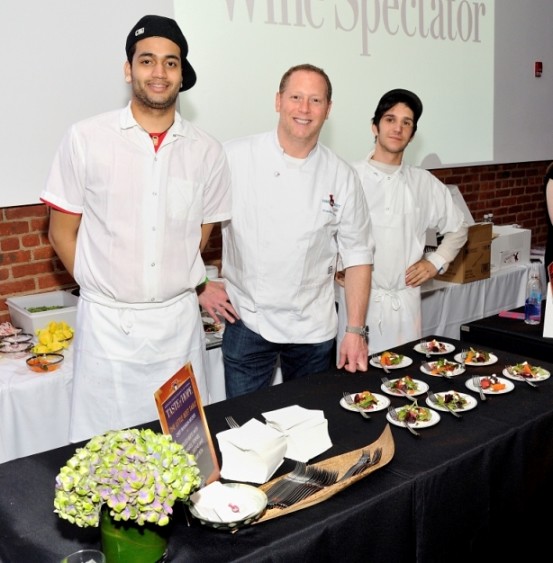 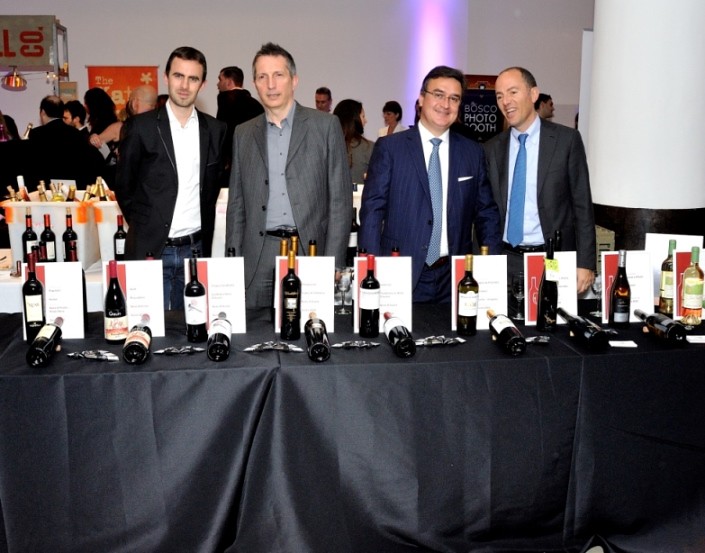 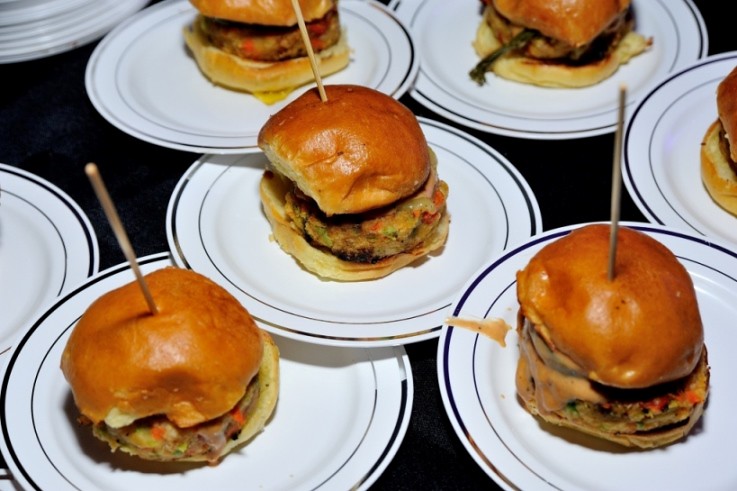 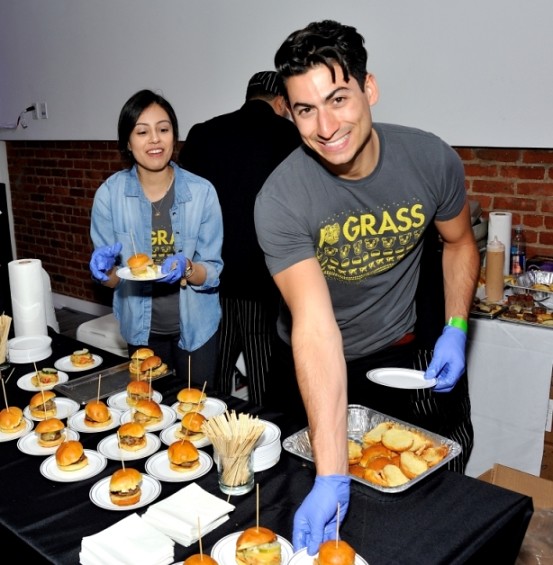 The purveyors that I left enough room for seconds (and maybe thirds) were the following:

Bareburger – Mini food is my favorite because I’m so small! The Bareburger sliders were insanely delicious and I am not even embarrassed to say I had three. The Colby Jack Cheese, Special Sauce & Dill Pickle made it even more dangerously delicious

Buddakan – Buddakan is one of those must-eat, lavish restaurants that I can’t yet afford. So I was thrilled to try out their Tuna Tartare Spring Rolls which lived up to the hype.

Dinosaur Bar-B-Que – I can’t event with this BBQ – it is on fleek. The Mini Memphis Style Pulled Pork Sliders were perfection. Worth the trip to Syracuse or Harlem for this restaurant.

Doc D Southern Dessert – I could eat their desserts after every meal. The Southern Style desserts served were incredible but my personal kryptonite were the Red Velvet Cupcakes and Blissful Southern Banana Pudding. 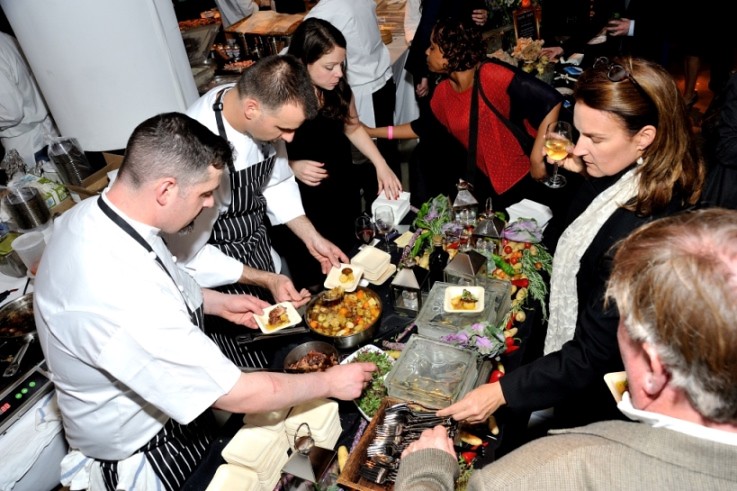 The Sea Grill – I can’t even describe what the New Bedford Diver Sea Scallop Dumpling tasted like but all I know is each bite was just as satisfying as the last. I would go to The Sea Grill just to have another.

The Smith – If you have yet to eat at The Smith shame on you! Go now and get the to-die-for Toasted Ricotta Gnocchi with White Wine Truffle Cream Sauce.

Trust Us in Catering – This was one of the last items I had and while I could barely breathe from all the food I could have licked the plate. The Creamy Mushroom Risotto and Tomato Tempura Crunch was one of the best risottos I’ve ever tasted.

Photos via ACS Taste of Hope by Steve Smith/GuestofaGuest.com