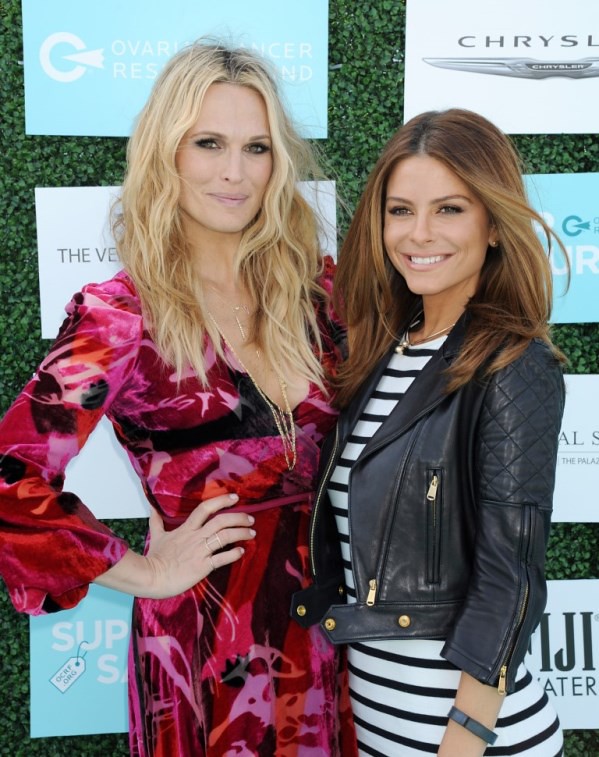 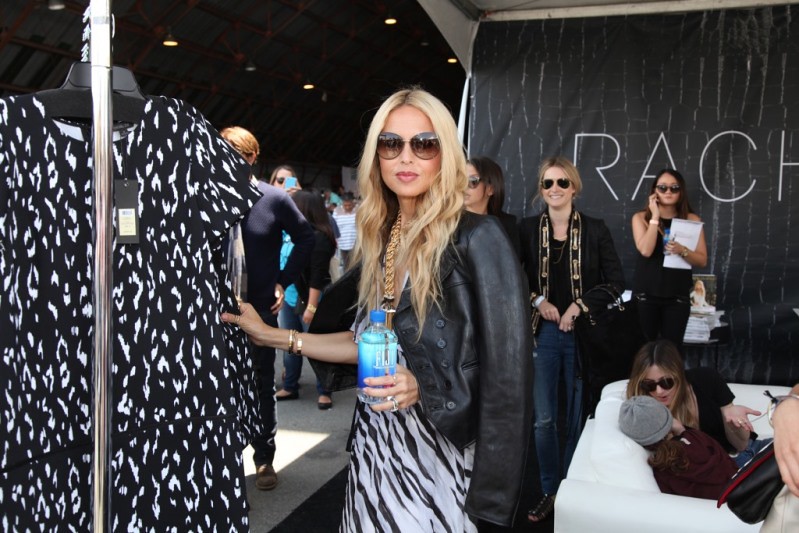 Rachel Zoe and Molly Sims, with husbands Rodger Berman and Scott Stuber, shopped for a cause this Saturday, May 16th as they hosted Ovarian Cancer Research Fund’s 2nd Annual Super Saturday L.A. at the historic Barker Hangar – transformed by production company MKG and Classic Party Rentals – in Santa Monica, CA. 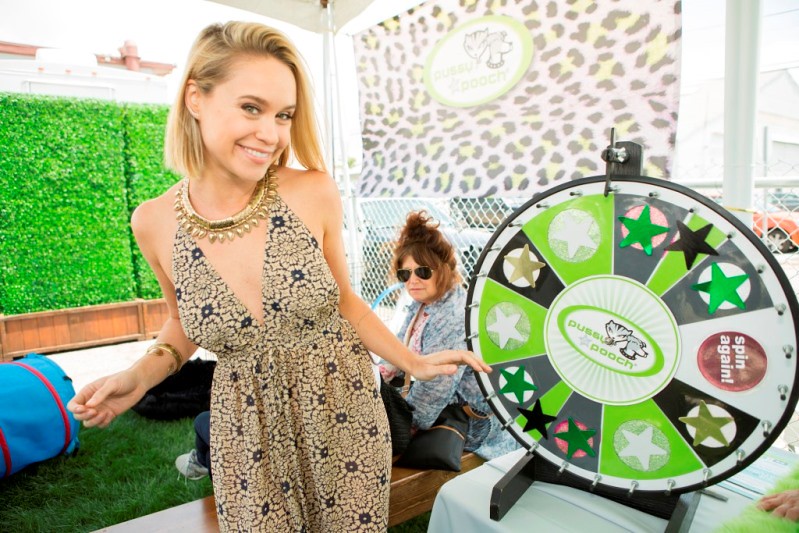 The stylish duo arrived in style in a signature Chrysler 300, and spent the day mingling with their families and other celeb friends at the designer garage sale. Sims – stepping out for the first time since her pregnancy – had some family bonding time with Stuber and her son Brooks – while Zoe signed copies of her book “Living in Style” at her “World of Rachel Zoe” booth. 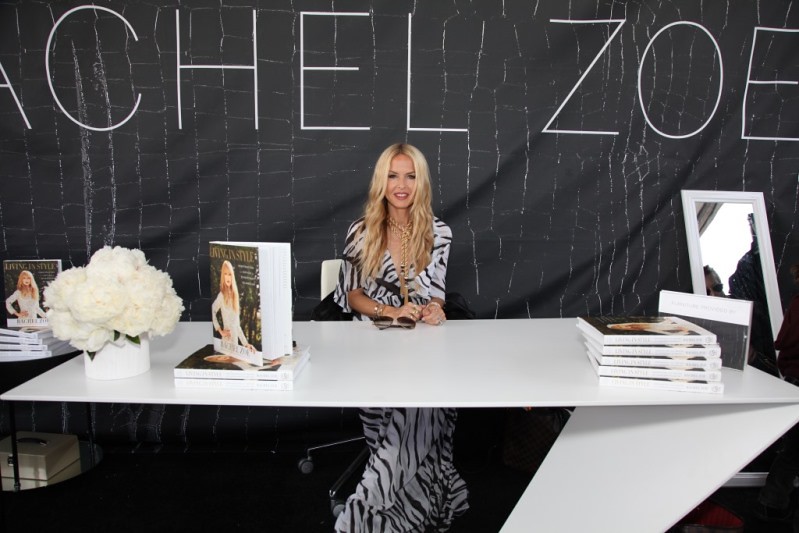 The event – expanding to the Grand Canal Shoppes at The Venetian and The Palazzo Las Vegas this September – offered premier brands at deep discounts, with 100% of the proceeds supporting OCRF’s research grants. 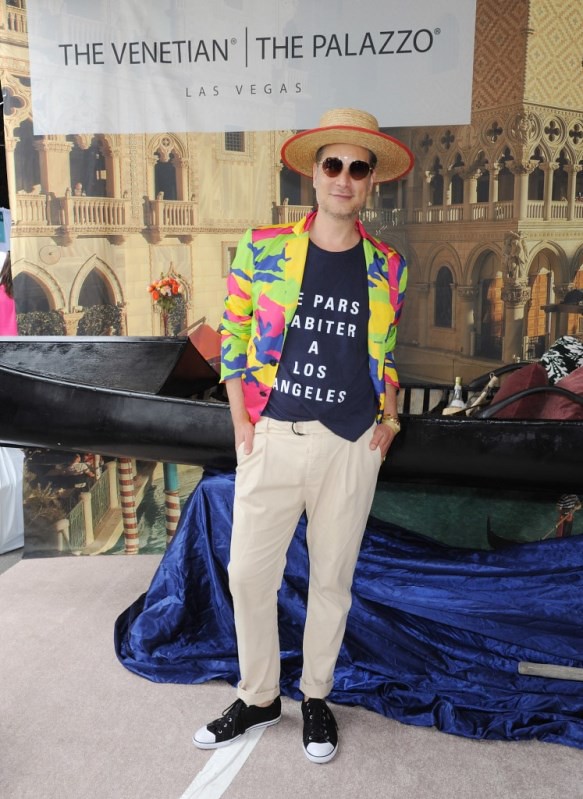 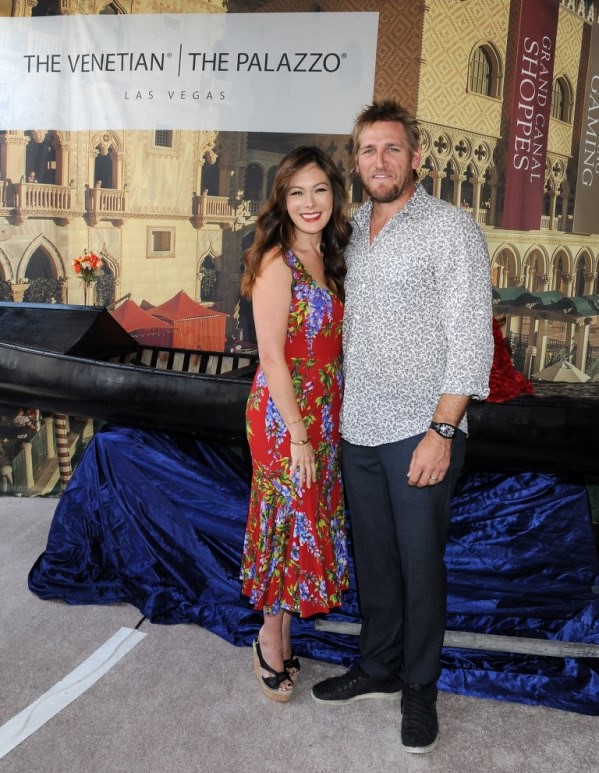 Guests such as ​Ashley Greene, Rachel Roy and Louise Roe got designer deals from the likes of Trina Turk, French Connection, Rachel Zoe, Tommy Hilfiger, elsyewalker los angeles, James Perse, n:Philanthropy and more. Parenthood’s Joy Bryant, stayed hydrated with the tray-passed FIJI Water and their signature straws, while chatting with attendees and showing off her new denim line, Basic Terrain, at their booth. 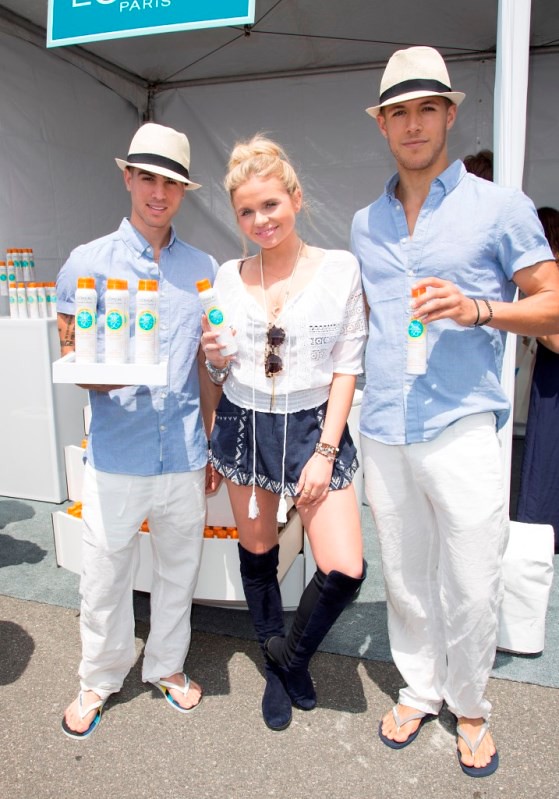 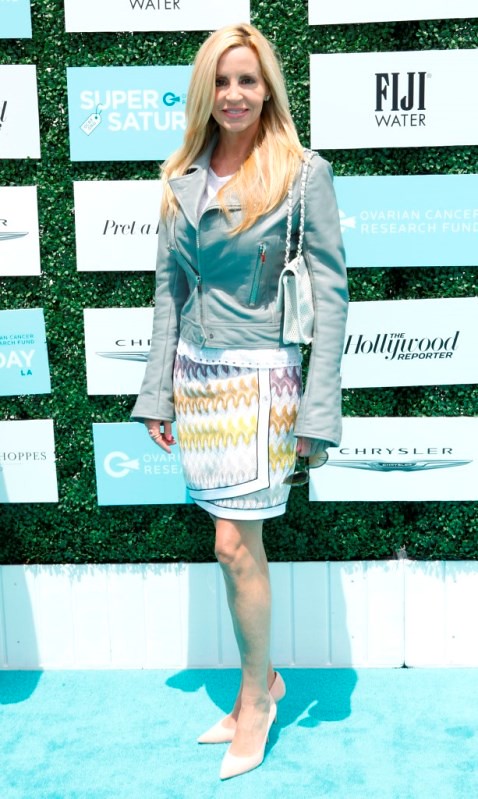 In addition to the deeply-discounted designer shopping, OCRF’s Super Saturday LA offered guests an afternoon of indulgence and fun. Celebrity attendees like Vanderpump Rules’ Stassi Schroeder enjoyed the complimentary hair styling at the Matrix Style Link booth, while Alli Simpson stopped by the L’Oreal Paris sunscreen cabana to prepare for the sunny day.

Glee besties Jenna Ushkowitz and Becca Tobin got complimentary manicures by Alex and Ani Charity by Design and shimmer jewelrytattoos by n:Philanthropy, before stopping by the Pussy and Pooch dog park (where Jiff the Pomeranian made an appearance). 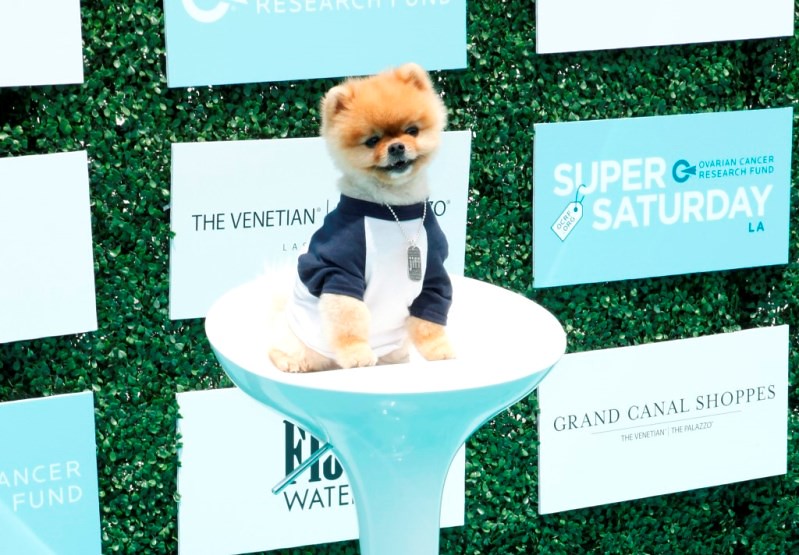 Parents-to-be Dave and Odette Anable were the life of the event as they made the rounds to the different booths and played in the Grand Canal Shoppes gondolier, provided by the luxury Las Vegas hotels The Palazzo and The Venetian, whereMaria Menounos stopped by to spin the prize wheel and support Super Saturday’s move to Las Vegas.

Pretty Little Liars Tammin Sursok and her daughter, as well as Molly Sims and her son had a blast visiting some of the great children’s activities at the event – including a play area with rainbow looming by CloudB, interactive story time by Books & Cookies, Nerf wars and Playdoh creations at the Hasbro booth and the Claire’s booth which offered face-painting and a dress-up Instagram photo booth. 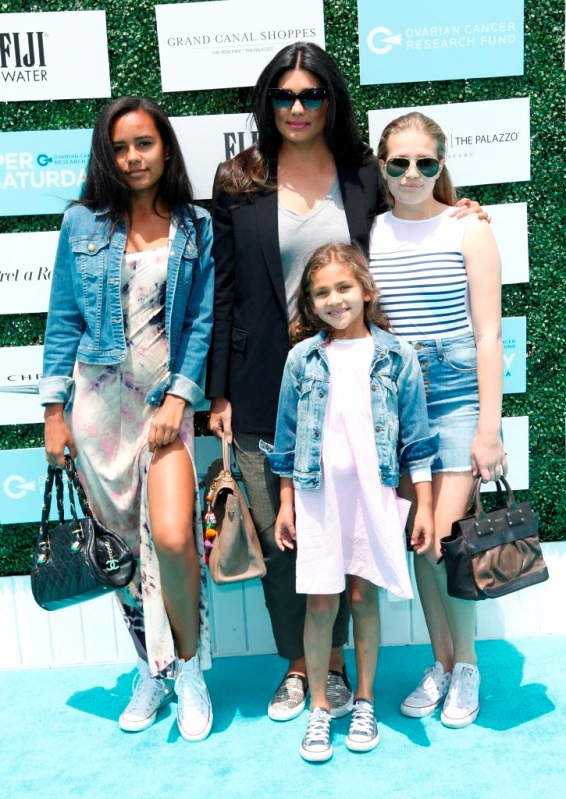 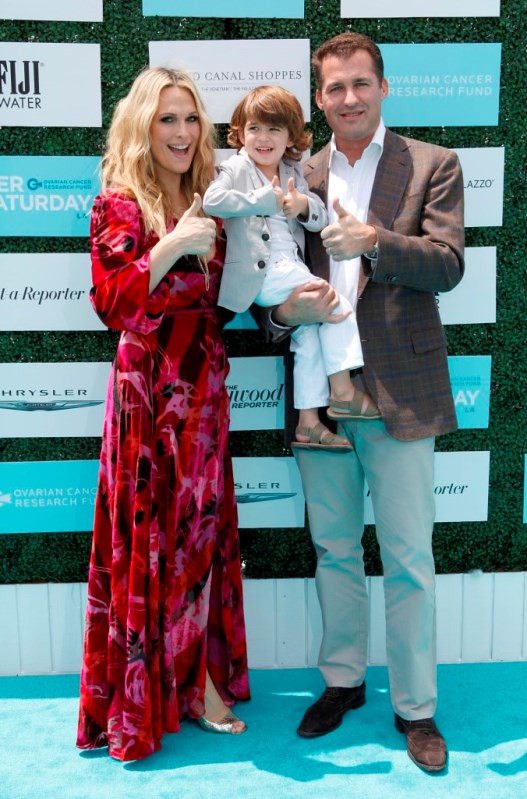 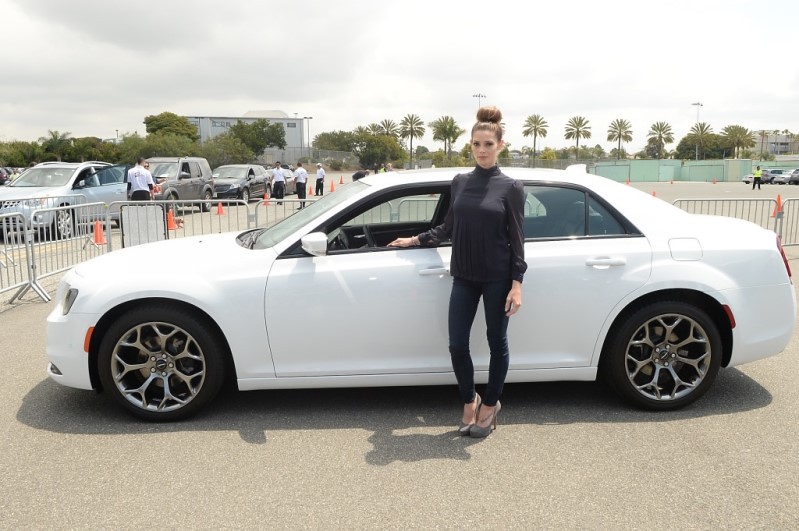 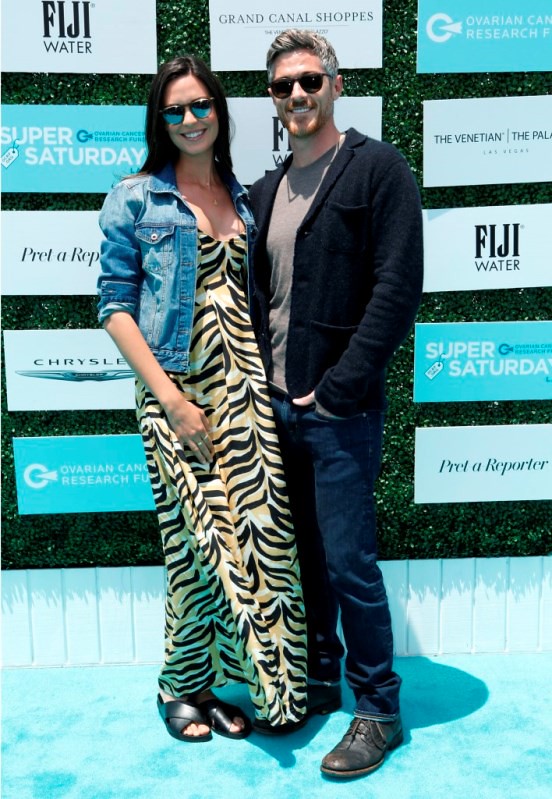 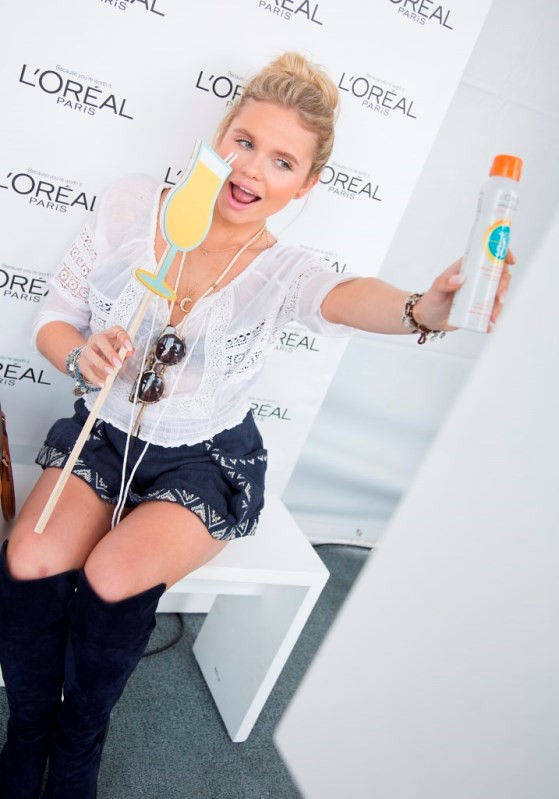 Ovarian Cancer Research Fund (OCRF) is the oldest and largest charity in the United States funding ovarian cancer research. Our mission is to fund scientific research that leads to more effective identification, treatment, and ultimately a cure for ovarian cancer, as well as related educational and support initiatives. Each year there will be approximately 22,000 new cases of ovarian cancer in the United States, and nearly 15,500 women will die of the disease. Currently there is no effective means of early detection.

Since 1998, OCRF has awarded over $65 million to ovarian cancer researchers around the country. OCRF-sponsored investigators are developing innovative strategies for early detection; exploring the genetics that increase risk for ovarian cancer; understanding the underlying molecular biology of the disease; identifying new and better targets for treatment; and deciphering how and why ovarian cancer spreads, and how to stop it.  OCRF also supports a national program, Woman to Woman, which in 2015 will be providing support through more than 20 hospitals around the country to women in treatment for any gynecologic cancer, as well as their families, by pairing them with survivor volunteers who offer one-on-one emotional support and mentoring.

If you’re interested in joining the fight, there are many ways to help. Make a donation, consider hosting one of our indoor spinning events, Ovarian Cycle, in your hometown, or contact us and we can help you create a fundraiser of your own.  Visit www.ocrf.org to learn more.