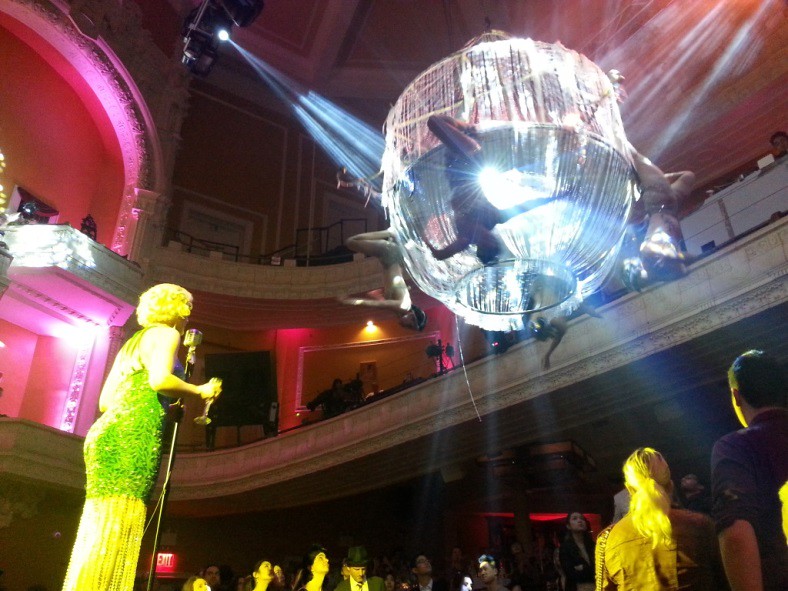 I’m getting old.  Whenever I pass through Disneyland I’m reminded of what Times Square used to be. I think back to my teen years and the countless quarters I spent at Playland and the many dollars I willingly gave at… well, we won’t go into that.

As a child of theater parents I knew my way around Forty-Deuce. Heck, I nearly lived there. My mother was even once a burley cutie in Ann Corio’s This Was Burlesque at the Princess Theatre in 1981! I was just 11 years old at the time, spending most evenings backstage in the dressing room doing my homework, oblivious to the glamorous girls constantly disrobing around me. However, I always managed to sneak out to see the famous tassel-twirling burlesque star Tami Roche perform, which is most likely where my infatuation with Grindhouse comes from. So, when I found out about Countess Cynthia von Buhler and her new Speakeasy Dollhouse, I knew I had to check it out. 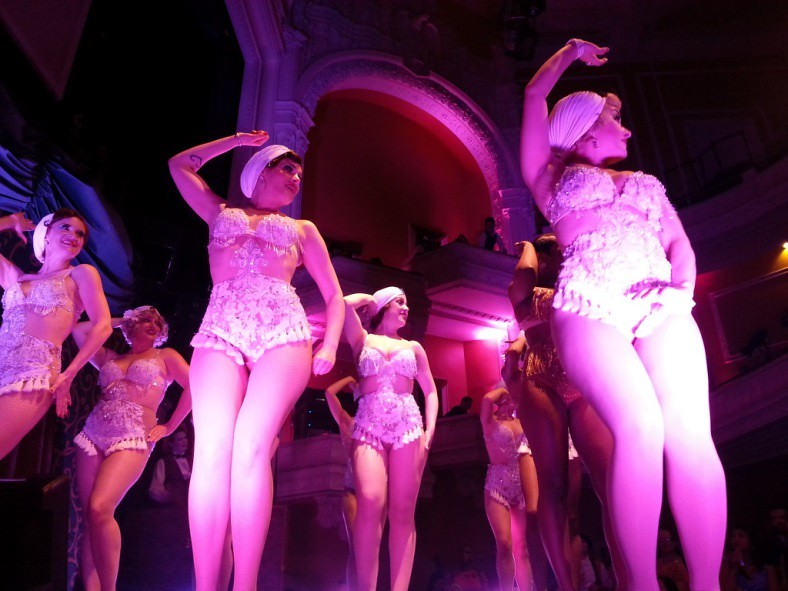 Playing now at the Liberty Theatre, which until 1933 was a grandiose 1,000+ seat Broadway Theater house, her production of Ziegfeld’s Midnight Frolic is simply spectacular. The show is an immersive evening of music, dance, and debauchery, centering around the mysterious true life poisoning death of beautiful Ziegfeld girl Olive Thomas in 1920. The play re-imagines Florenz Ziegfeld’s 1920s extravaganza, The Midnight Frolic, complete with lavish showgirls, risque burlesque, stunning aerialists, and plenty of song and dance. 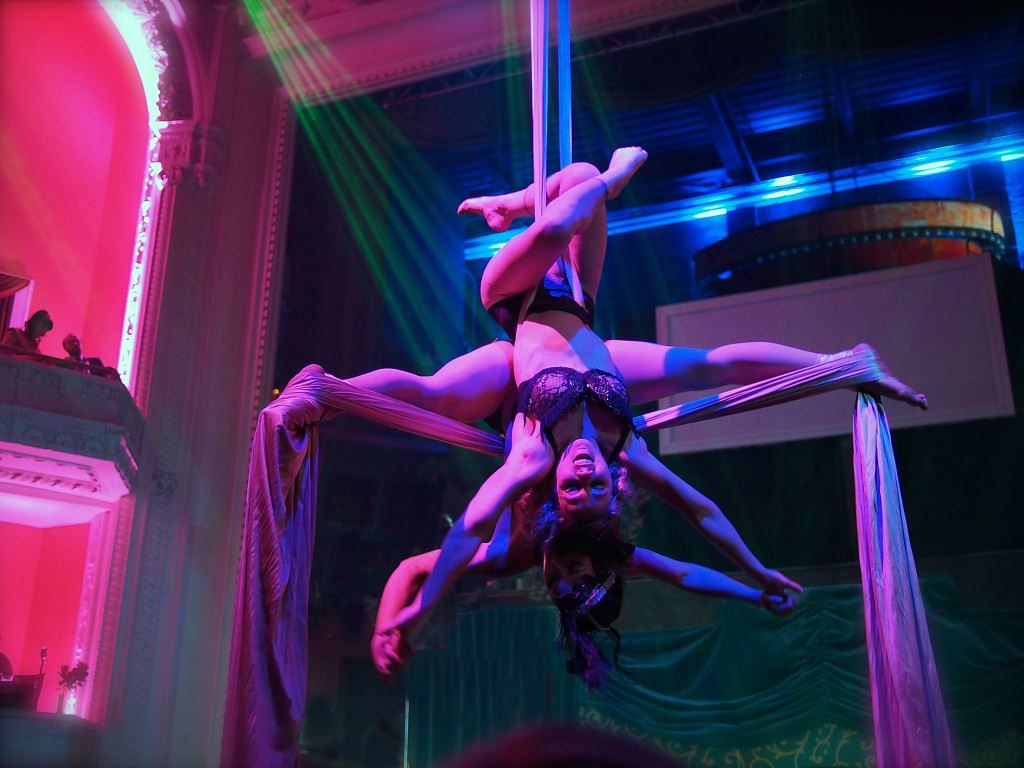 Advised to dress up in the fashions of the 20s, my girlfriend and I obliged and went to the back door of the Liberty Diner to whisper our secret code word to the security at the hidden speakeasy. We were then hurriedly hushed in and lead through a passageway that came out through the back of the kitchen, and then up to where the party was just starting (reminiscent of Liotta’s famous back-door club entrance in Scorsese’s Goodfellas).

You’re then given a passport which is stamped for your voyage along with a card with your character’s name and task for the evening, if you choose to play along. Mine was to find and approach Mr. Ziegfeld himself to try and have him invest in my new idea: sound-on-film recording, as I was none other than Lee de Forest, American inventor and self-described “Father of Radio”. My girlfriend’s was a bit more risque, as she was a budding starlet looking for a chance to audition as a Ziegfeld girl. She needed to find Josephine Baker to talk to, which I was more than happy to help her with… 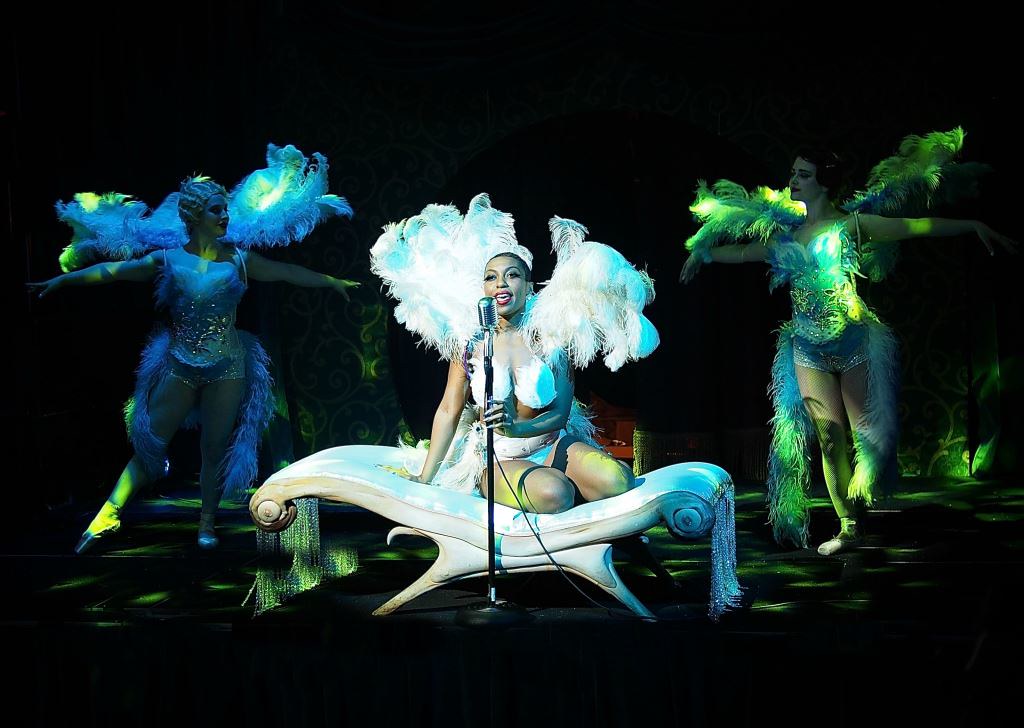 Cynthia von Buhler’s show literally transports you back to the 1920s.  The decor inside the theatre is beautiful, as are all the performers. I’m a big Broadway buff, and quite frankly this show has some of the best singing I have heard in a long time. I really wasn’t expecting it, and was quite thoroughly pleased.

The story is fun and the acting captivating. And it’s not just one story going on on one stage but several different stories intertwined together. I advise you NOT to stay seated throughout the entire show as you’ll be missing a lot if you don’t get up and explore. Their central chandelier is on par with Phantom’s, but this one has gorgeous aerialists performing from it. You may even get a chance to ride up in it yourself if you’re lucky enough to catch the eye of a Ziegfeld girl. 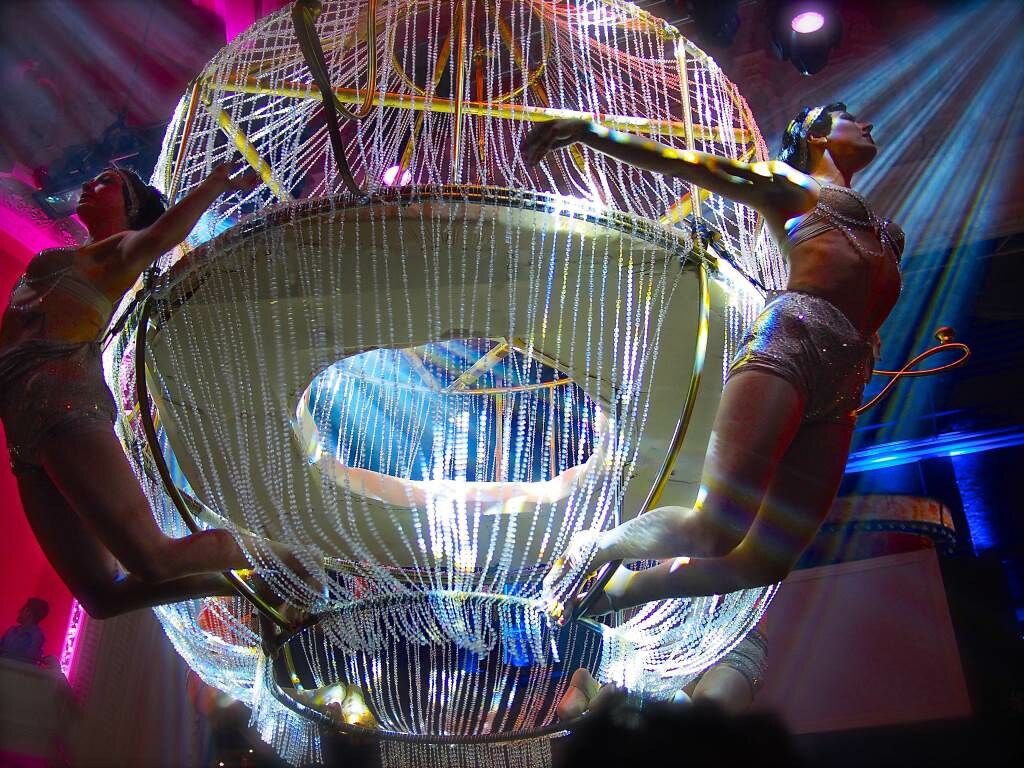 With so much going on and so many superb performances, it’s impossible to single out a favorite, but I really loved Delysia La Chatte’s performance as Josephine Baker. I’m sure Josephine herself would approve of her sexy famous Banana Dance. Russell Farhang really nailed the role of Florenz Ziegfeld, ‘glorifier of the American Girl’, and the voice of Chris Fink as cabaret host Eddie Cantor is exceptional, as is the live band playing through the night. 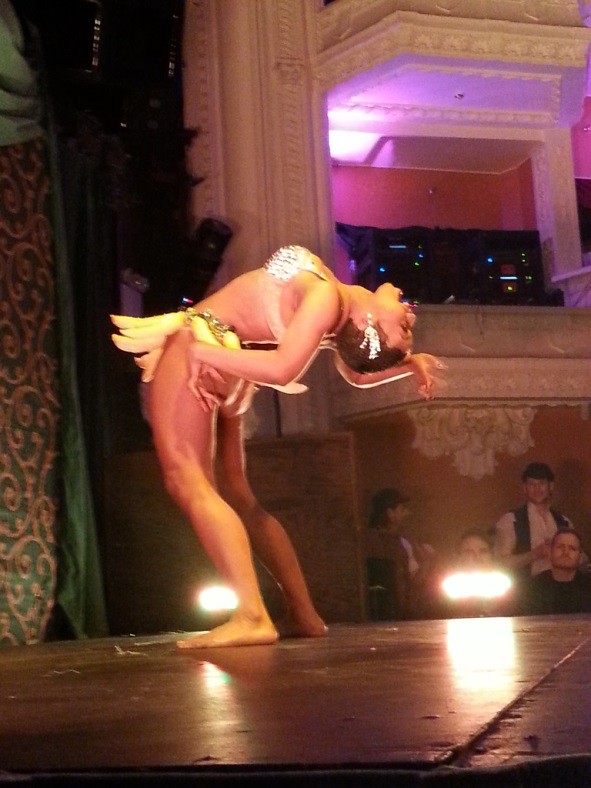 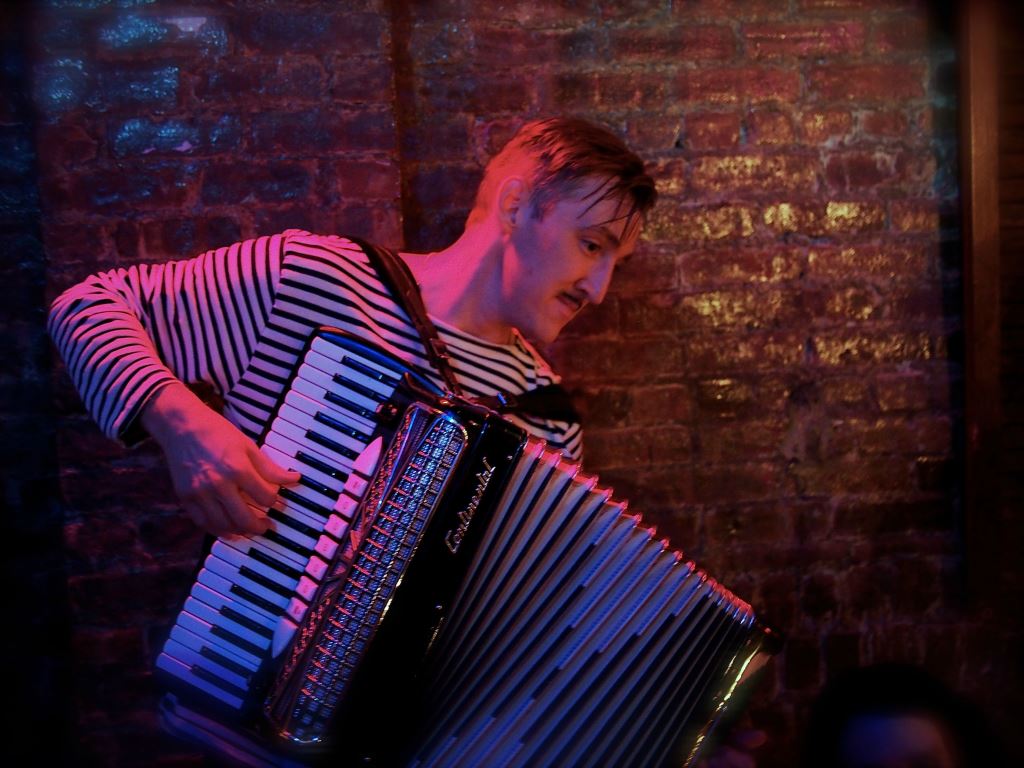 Truly a delight, you’ll be missing a great show and a terrific time if you don’t check out the Speakeasy Dollhouse. Now, where’s my gin and tonic?

Friday and Saturday nights from now till June 27th at the Liberty Theatre.

Dewdroppers (general admission) wander and explore — they don’t need a reserved seat. They receive a role, a passport and an unforgettable experience. Offered with or without thePrix Fixe dinner. Diners are given reserved dining table seats for the show.

Dinner: There is also a Prix Fixe dinner ticket option for guests during the show featuring traditional 1920’s American cuisine with pescetarian, vegetarian, vegan and gluten-free options. Click on the image below to view the menu.

Photos by ROAM Pictures for Speakeasy Dollhouse and by Socially Superlative