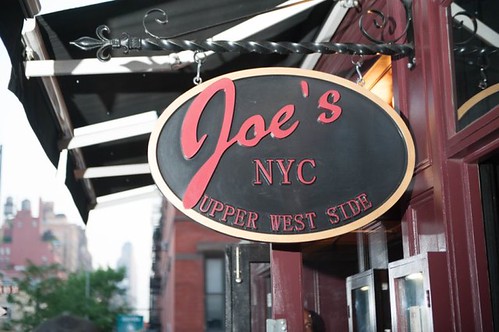 If you’re like me then you were probably a bit shocked with the final episode of Mad Men. Playboy Don Draper at a California hippie retreat? Huh?! I tend to think that his final smile was more of a smirk, knowing how he could go about easily exploiting his fellow hippies. But that was the 60s. I’m more a fan of the 70s myself. You should see my apartment. It’s full of lava lamps, disco balls, and great record album covers.

That’s one reason I liked Joe’s Bar NYC so much, which my girlfriend and I had the pleasure of attending their grand opening earlier in May. 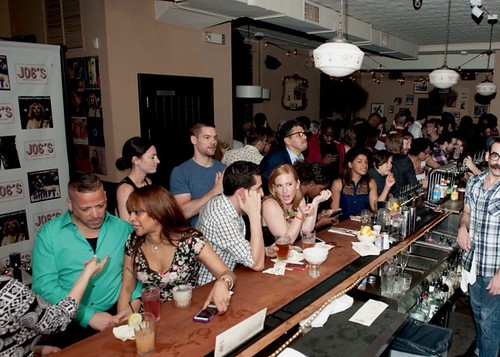 Comfort meets chic in this new 70s-inspired corner-venue. Joe’s Bar captures the essence of simplicity that was 70s living: with vintage record albums lining the shelves, retro family photos along the walls, and Led Zepplin and Fleetwood Mac playing in the background. 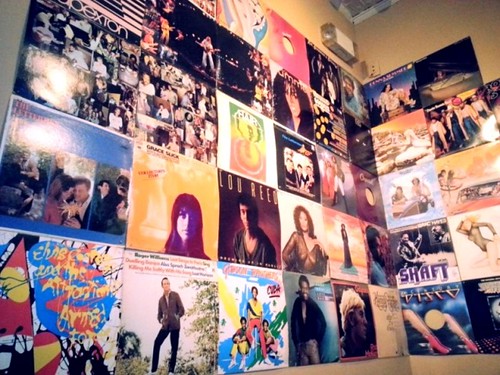 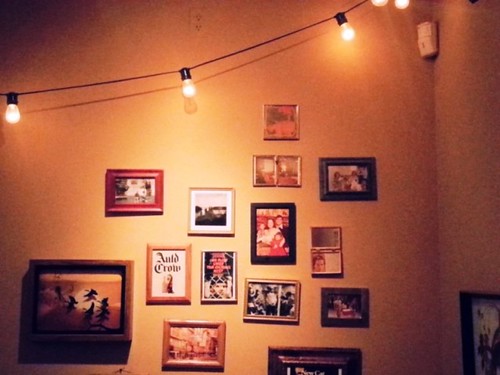 Lo Bosworth was among the many guests there to celebrate and show her support of Joe’s Bar owner Anthony Serignese, the former General Manager and Beverage Director at The Stanton Social. 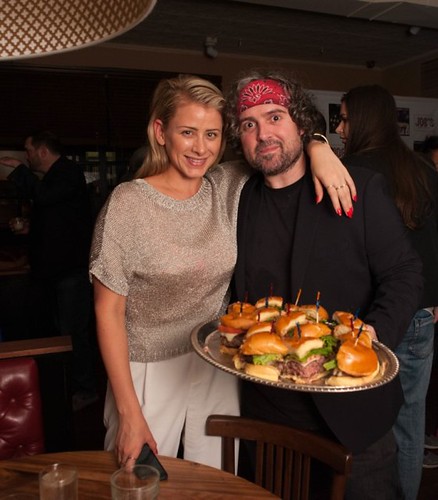 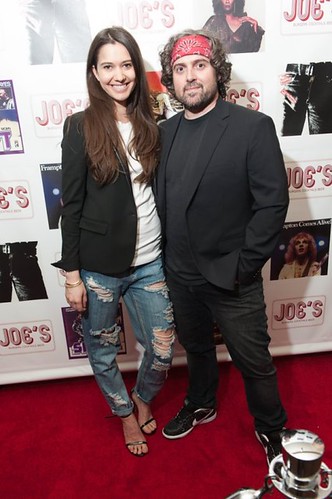 As I had the next day off, it was my duty to try as many of their signature cocktails as possible. I started out with the Scooby Snack, a frozen Piña Colada Coca Cola Slushy that would knock even Shaggy on his butt. From there I moved to Flash Gordon’s Breakfast, a spicy Tequila with cucumber, Thai chili, Dolin Blanc, and mint. Flash a-ah, Savior of the Universe, he’ll save every one of us, but not without his spicy tequila… 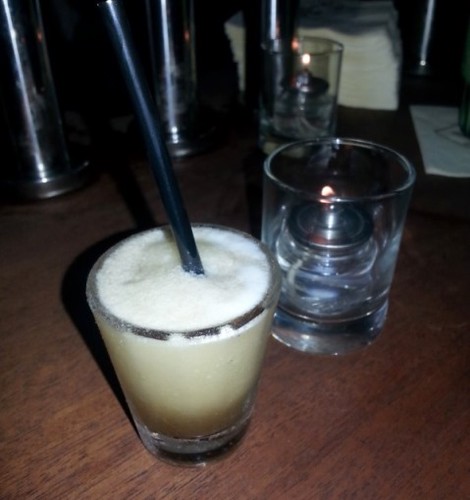 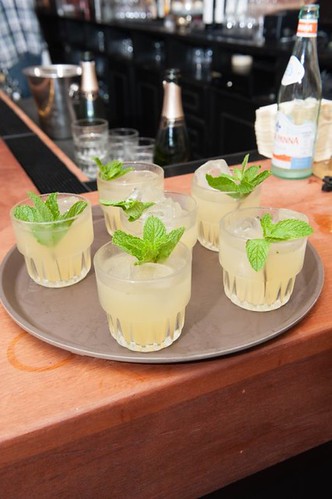 What better to do after Flash then hit up the disco with the Disco Revival, a tart Gin inspired drink with grapefruit Cordial, lemon, Lillet Rosé, and Absinthe. John Travolta would be proud. Starting too feel a bit light on my feet, I decided to try some of the mini-burgers. Damn delicious with excellent fries to boot. 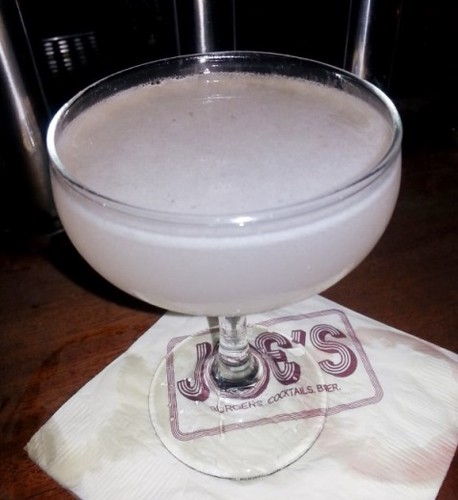 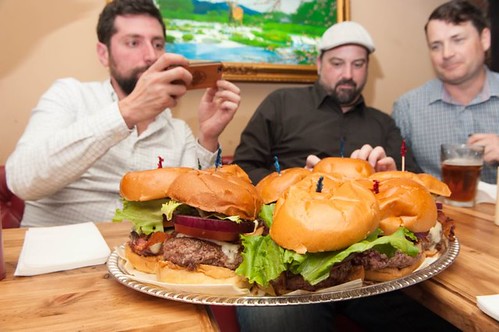 They brought me back to earth so I could take off again with Luke and his Skywalker, a cocktail with Fernet, Creme de Menthe & Cacao, and Cream. Ultra refreshing, it was my favorite of the night. Nearing the floor myself, I finished up with their Four on the Floor, a Bourbon, Dark Rum, Root Beer Cordial, & Amontillado drink that nearly knocked me off my stool.

Fortunately my woman kept me from getting another one, or else I may have ended up on NY1 for running around naked claiming the force was with me, but hey, doesn’t everyone after a few Skywalkers? 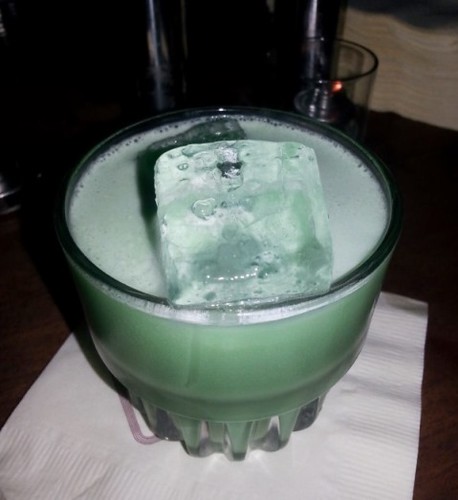 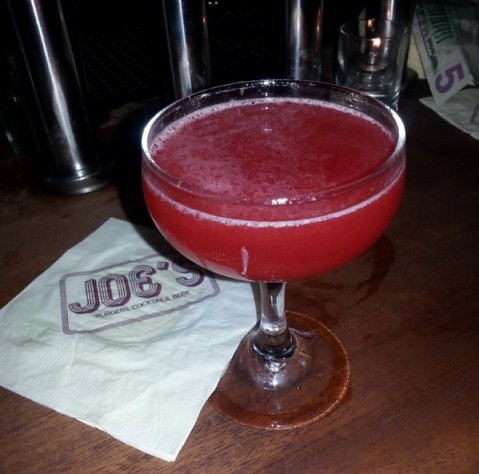 Now, where did I put those platform shoes… 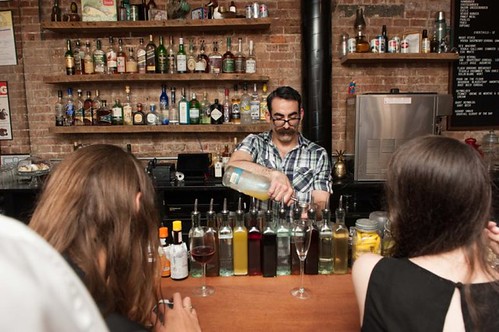 Photos by Carlos Moñino via Domain MSA and by Socially Superlative