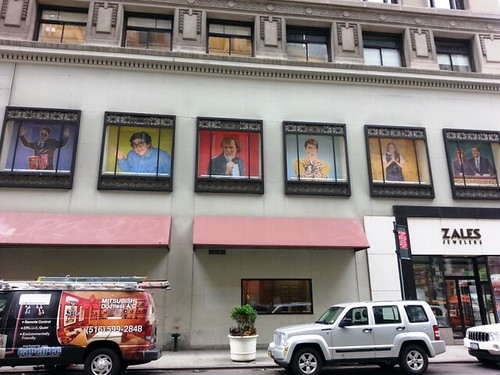 God took six days to create heaven and earth. Not to shabby. But did you know it takes Lorne Michaels and his crazy SNL team the same amount of time to put together one of the greatest TV shows mankind has or will ever see? 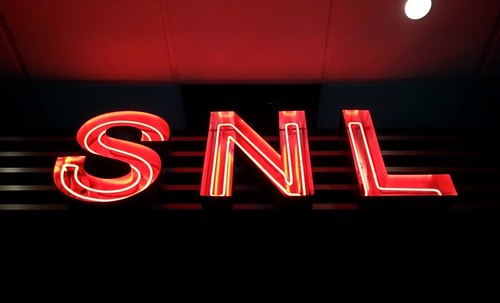 Saturday Night Live is an iconic TV show, as American as apple pie, despite the show being produced by a Canadian. Since its birth in 1975, SNL has launched the careers of some of the funniest comedians on the planet. With a debut cast including Dan Aykroyd, John Belushi, and Chevy Chase, NBC was onto something truly special.

SNL won 36 Primetime Emmy Awards out of 156 nominations – the most of any television show ever – and has been ranked 10th on TV Guide’s list of the ’50 Greatest TV Shows of All Time.’ Anyone who hasn’t nearly wet their pants in laughter watching one of their comedic sketches is either from another planet or Republican. 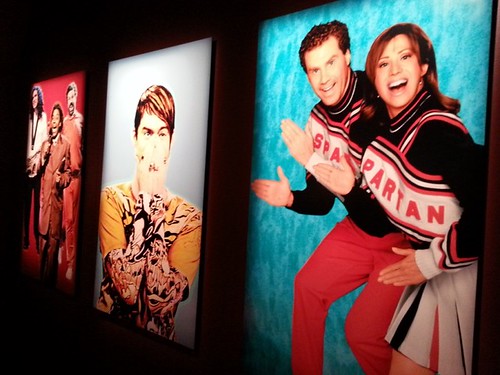 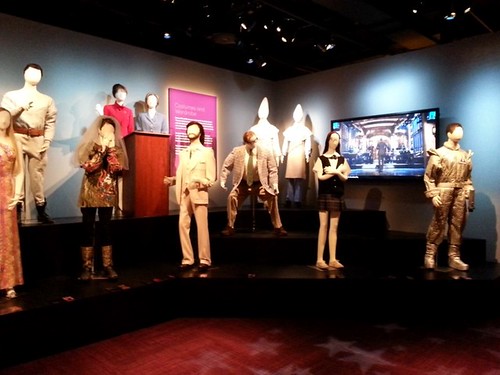 My girlfriend and I are huge SNL fans, so we decided to check out the opening of the new Saturday Night Life: The Exhibition at Premier Exhibitions 5th Avenue. It takes a lot to put together a laugh, as we found out through this fun, informative, and historical walk-though a week in the life of the SNL crew as they create a show from top to bottom, starting with a group conference at Lorne’s office to find out, among other things, who will be the guest star for the week. 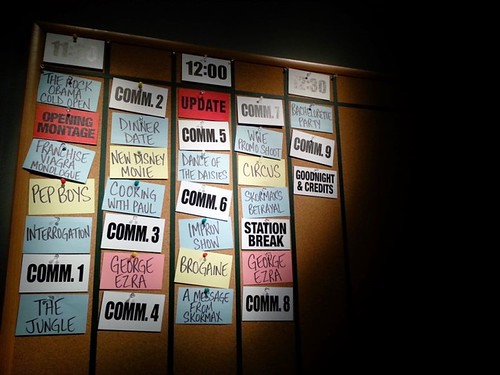 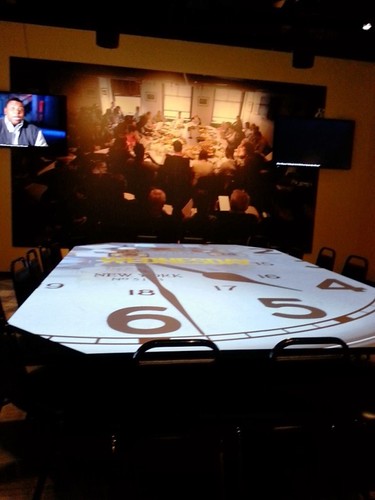 Tuesday you’re in the writer’s room, breaking sweat and lead and sometimes office equipment brainstorming ideas and getting them down on paper for the Wednesday morning read-through of the scripts that better be done or it’s your ass. Thursday is sets and costuming. No, Einstein, Coneheads aren’t real and actually have to be made. 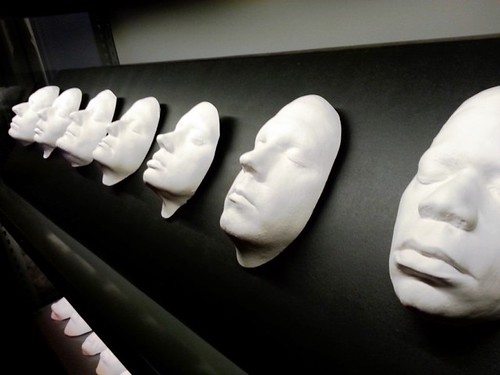 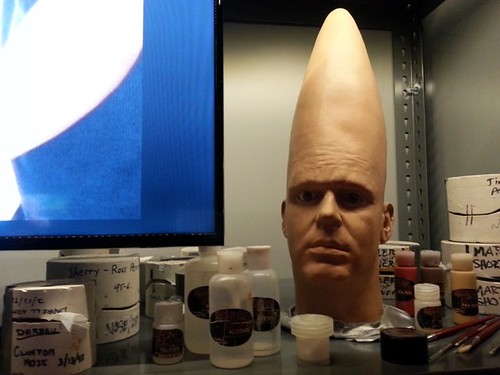 The show comes together on Friday, final rehearsals (often the only rehearsals) happen Saturday, and then there’s the live broadcast Saturday night, and yes, it’s live, followed, of course, by the Saturday night /Sunday morning after-party. Then, after a few hours of sleep and plenty of aspirin, it starts all over again. I think even the big man had more rest between creating planets and cows and oysters. 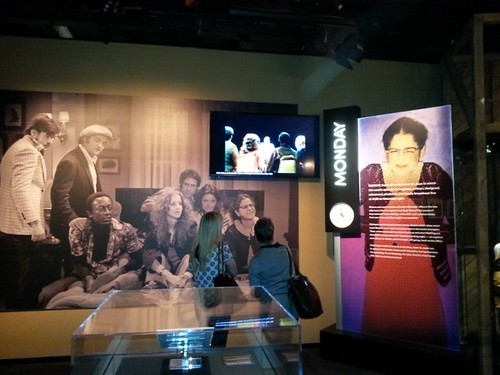 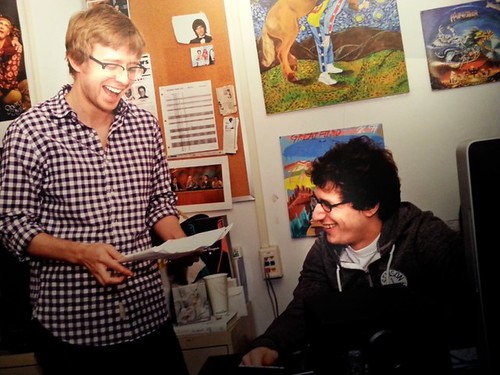 The SNL Exhibit is chock full of various props used throughout its 40 years, including Dan Aykroyd’s Bass-o-Matic blender, Tina Fey’s Brownie Husband, and my favorite, Justin Timberlake’s Dick-in-a-Box. It also has Steve Martin’s famous King Tut costume and John Belushi‘s killer bee outfit, as well as Mister Robinson‘s cardigan sweater and Turd Ferguson aka Burt Reynolds garb from ‘Celebrity Jeopardy’. If you don’t know what these classic things are, you better go to YouTube, as you’re missing out big time on some classic Americana. 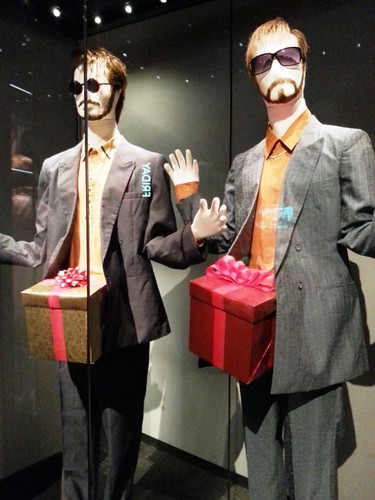 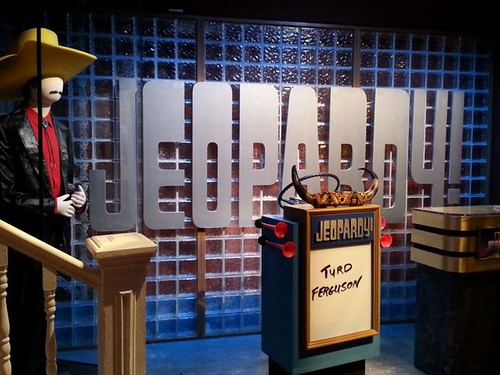 The end of the tour is a true-to-scale replica of the actual SNL stage, where you are seated with your fellow guests to go through a virtual SNL live broadcast, hosted by Alaska’s Governor Tina Fey. Whether you’re a diehard SNL fan or a complete newbie, we’re sure you’ll enjoy the exhibit. Don’t forget to check out the cool SNL store downstairs, where you can buy your very own cowbell, if you don’t own one already. Or just go listen to Blue Öyster Cult’s ‘(Don’t Fear) The Reaper’. 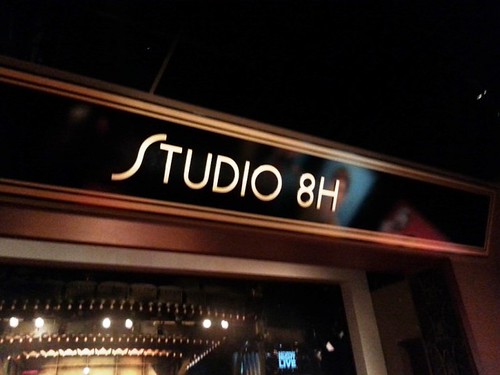 “That’s the news. Goodnight, and have a pleasant tomorrow!”