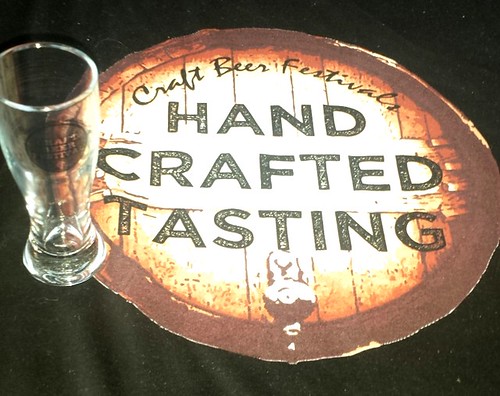 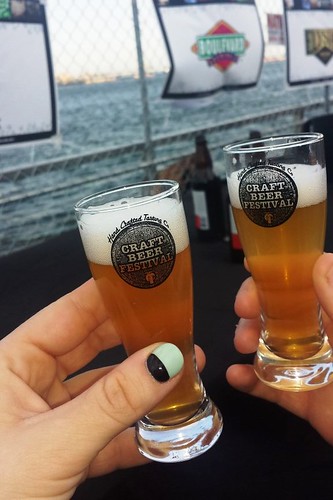 Summer is the quintessential time to broaden your beer palate and test out new beers. New York City makes doing just that simple with its incredible festivals happening throughout the season. I was lucky enough to taste an array of beers and ciders at the NYC Craft Beer Festival.

Taking place at South Street Seaport at Watermark Bar, Hand Crafted Tasting Company partnered with Merchants Hospitality to host this three-day festival from May 28 – 30. The festival showcased 150 summer craft beers, meads and ciders from over 75 local and national breweries, food on Thursday by Merchants Hospitality’s Chef Marco Arnold and throughout the weekend via local artisanal vendors and entertainment.

There was truly something for everyone – darks, lights, hoppy and ales. I attended the Saturday evening session which allowed guests flto sample delicious brews as the sun set along the iconic Hudson River. I believe I managed to taste well over 50 beers and ciders but there were certainly those that stood out! 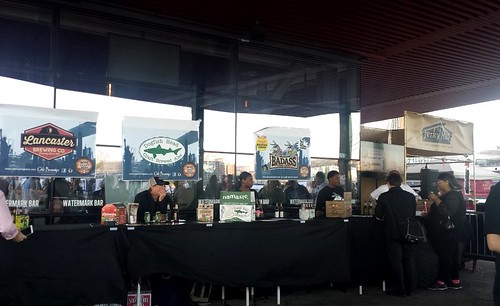 Abita – Founded in 1986, the Abita Brewing Company is nestled in the piney woods 30 miles north of New Orleans. They brew over 151,000 barrels of beer and 9,100 barrels of root beer in their state-of-the-art brewing facility. Their lagers and ales are brewed in small batches, hand-crafted by a team of dedicated workers with only the highest ideals of quality. The Strawberry Harvest Lager was perfection and is brewed with pilsner and wheat malts and Vanguard hops. The Real Louisiana strawberry juice is added after filtration resulting in a crisp lager with a sweet strawberry flavor, aroma and haze. It is wonderful with desserts or lighter fare such as salads and pastas. Purple Haze® is one of the brands most popular and well-known beverage and brewed with real raspberries added after filtration. 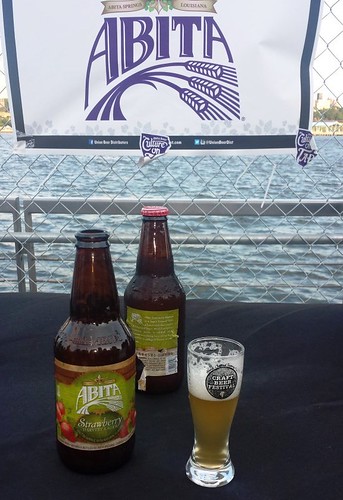 Badass Cider – Living up to its name, the ciders available for tasting were truly bad ass in flavors. Badass Hard Cider is a craft cider produced in Washington, NY at the brotherhood Winery. Using only apples and pears from New York the ciders have just enough “kick” to make it enjoyable. Both “One Bad Apple” and “Quite a Pear” were delicious and could be enjoyed with food or on its own sitting on a rooftop or kicking back watching TV. 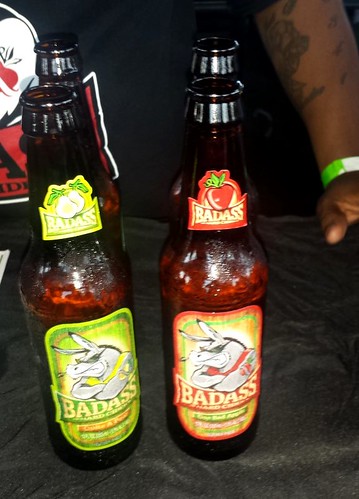 Brewery Ommegang – Located in Cooperstown, NY Brewery Ommegang brews unique Belgian style ales including a Game of Thrones series of beers! Some of their historical ales include Aphrodite, Rogue, Biere De Mars, Seduction, and Wild at Heart. While they didn’t have all of their beers to taste, from the ones that I did get to enjoy it was apparent a trip to their brewery will be in my future. The names of the beers are enough of a reason to go – Gnomegang – I mean come on!

Crispin – Perhaps I enjoyed this even more because the representative was so pleasant and attentive, as well as very knowledgeable about the brand and flavors. I’m also a HUGE cider fan and this did not disappoint. Classically refined, but not styled as a traditional “sweet beer” beer alternative, Crispin ciders are crisp and clean, not sweet and sticky and never sacrifice superior quality refreshment satisfaction for overbearing complexity. The Classic Crispin Ciders are just that – a classic cider that is ideal on a warm summer day. Crispin “Blue Line” ciders are clean on the palate, with a crisp, not sweet, taste profile. They are deliciously untraditional with a strong “apple bomb” bouquet, fresh appley mouth-feel and pure & clean lingering aftertaste. My favorite was the Original because it was simply refreshing. 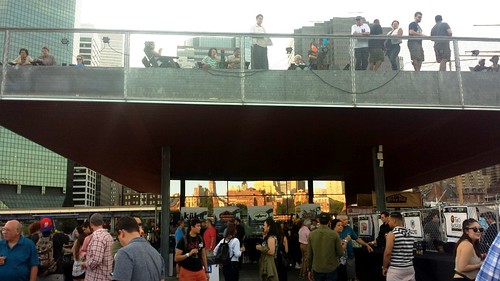 Lancaster Brewing Company – Never heard of Lancaster? Or only think here are Amish people there? Well you are wrong! I went to school in this quaint town and while yes, you will see a horse and buggy and more than your fair share of cows there is also an amazing beer and food scene. After living there for four years I don’t know how I never made it to Lancaster Brewing Company but you bet after tasting the beers I’ll be heading their on my next trek to visit my old stomping grounds. The Strawberry Wheat was my personal favorite but if you are a fan of stoud beer the Milk Stout is a good choice. Notes of milk chocolate, rich coffee and roasted malt goodness plays counterpoint to mild sweetness from the addition of milk sugar. There’s just something about those Lancaster cows! 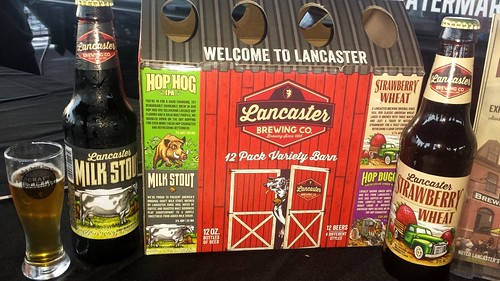 The full list of breweries that attended can be found on the website! During the months of February, March, April and May the same festival also took place in DC, Twin Cities, San Francisco and San Jose.