Take the 7 to Station LIC Eatery and Bar 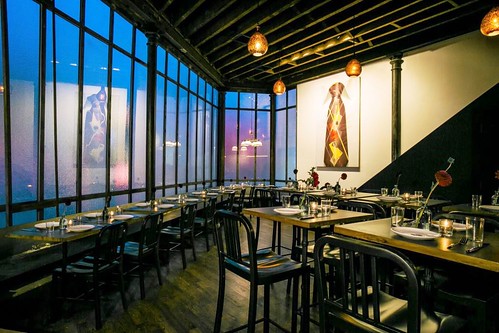 Yeah. I know. The 7 train is about as reliable as a Rolex bought on Canal Street, but it’s worth taking it to Long Island City to check out the new Station LIC Eatery and Bar in Hunter’s Point. 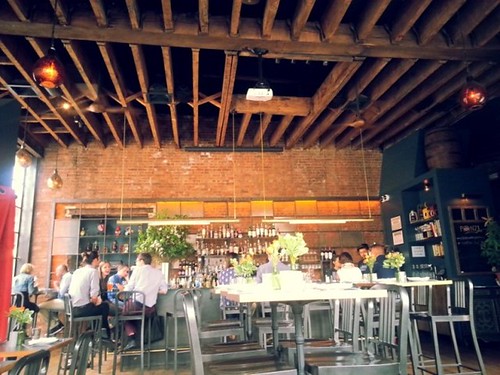 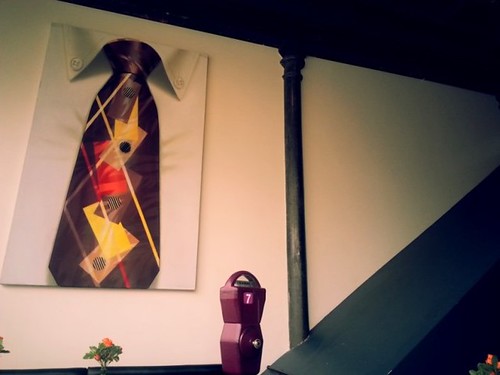 But let’s talk about the food. My girlfriend and I started with the tuna tartare. Mixed with green onion, mirin, avocado, cucumber, and jalapeño, it was absolutely delicious. Even Ariel would like it, but don’t tell Sebastian. Sticking to the sea, we then tried the octopus. Excellently prepared, with white beans, frisee, garlic, and chili oil, it had a spicy bite to it that was really good. 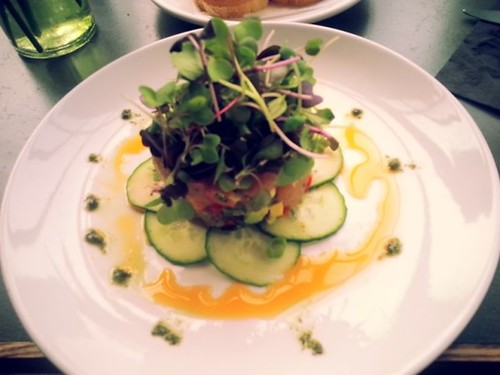 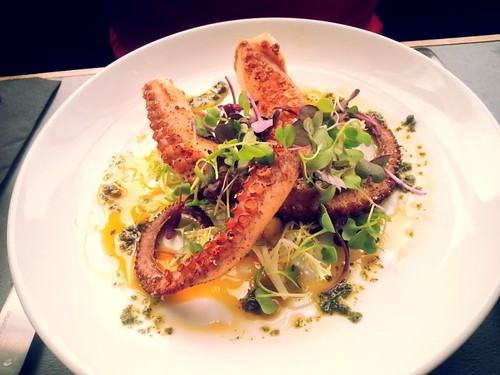 Now for some drinks! In honor of my good friend George, who runs the New York Horror Movie Meetup, I opted for George’s Fabulous Blouse, a bourbon cocktail with apricot, golden falernum, and pimento dram. My girlfriend took the Corpse Reviver #2, a gin with Cointreau, lillet blanc, lemon, and absinthe. Both treated us very well. 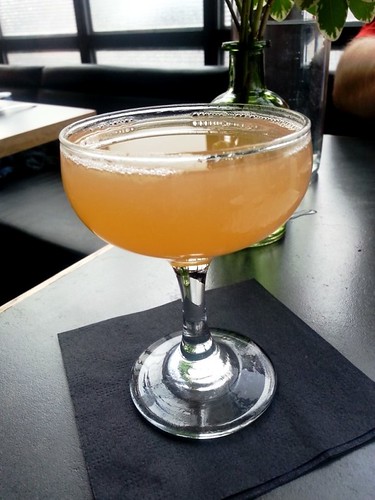 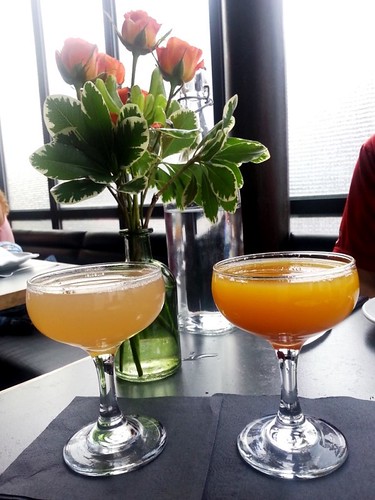 For our main course I ordered their signature Engine, Engine #9 Hanger Steak, with a crispy smashed potato, harissa, and chopped salad. The steak was mouthwatering, cooked exactly as I’d asked for, which was basically blood rare. Note sure what the secret to cooking a hanger steak is, as mine never turn out like this. My girlfriend stayed in the ocean once more and had the Seared wild caught Alaskan Salmon. The fish was great, as was the vegetable risotto that accompanied it. 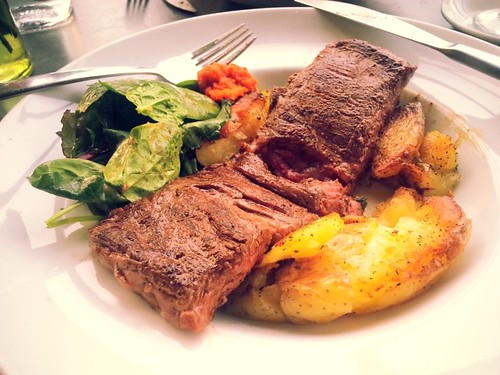 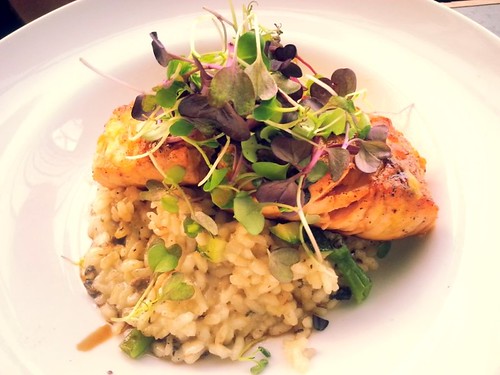 We finished the evening with the best crème brûlée I’ve ever tasted, and I’ve tasted a lot. Their Italian style cheese cake is also a winner. 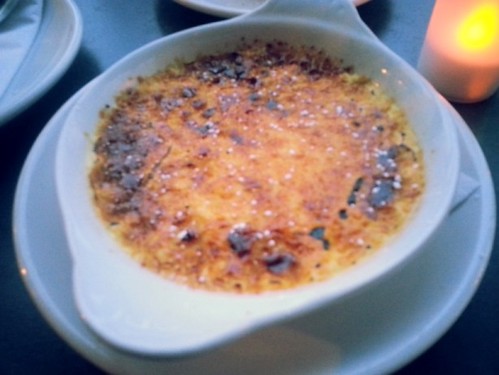 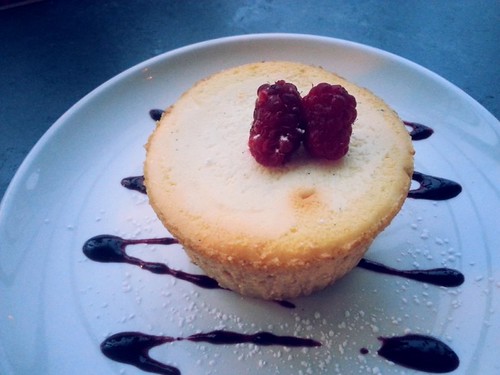 As the former real life location where Tom Cruise played the obnoxious but ever charming bartender extraordinaire Brian Flanagan in the ’88 classic, Cocktail, we had to end with some, so we had the Derailer (bourbon, Marashino cherry liquor, simple syrup, absinthe, and bitters) and the Conductor (Apple jack, Mandarin ginger roasted rice vinegar, honey chrysanthemum, and orange bitters).

Sufficiently snockered, we were ready for the long train ride home. But, in fact, it’s not long at all. Station LIC is just one stop away from Grand Central. Lucky us. We’ll definitely be heading back to this new Long Island City gem. 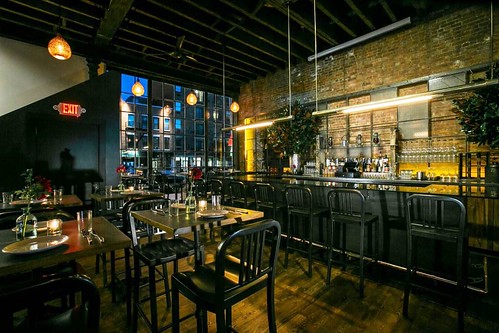 Long Island City has some excellent waterfront features, but it’s also one of Queens’ most developed ‘Manhattanish’ neighborhoods. The latest in LIC’s culinary expansion is Station LIC Eatery & Bar, a cozy and comfortable neighborhood joint located conveniently adjacent to the Vernon-Jackson 7 subway station (and one stop from Grand Central Terminal), serving contemporary American cuisine and a variety of signature cocktails. It’s the real life location where Tom Cruise played bartender extraordinaire in the 1988 movie ‘Cocktail. The 2,400 square foot corner space now featuring high ceilings with original wood beams and exposed brick serves dinner seven days a week and brunch on Saturdays and Sundays, while guests are treated to live music on Wednesday nights.