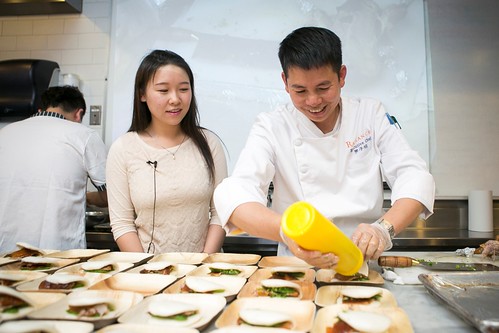 Earlier this month I was invited to partake in the Taste Asia preview event, an introduction to what you can expect should you want to try the Taste Asia two-day Times Square foodie festival which takes place this week on June 26th and 27th. We were invited to the International Culinary Center’s Italian Kitchen where we would try three dishes from chefs Hemant Mathur, Joe Isidori and Zizhao Luo.

We were invited to try the food and see how the three chefs prepared some of their world renowned dishes. Chefs Hemant Mathur (of Haldi and Chola), Joe Isidori of Chalk Point Kitchen and Black Tap Burgers and Zizhao Luo of Radiance were very inspiring and passionate, as great chefs are! 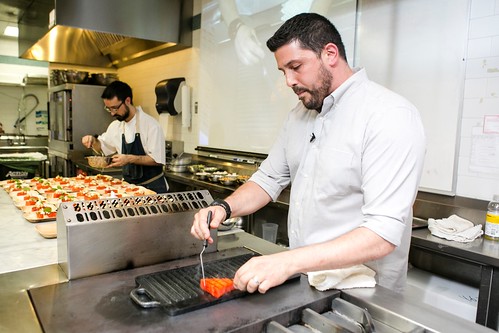 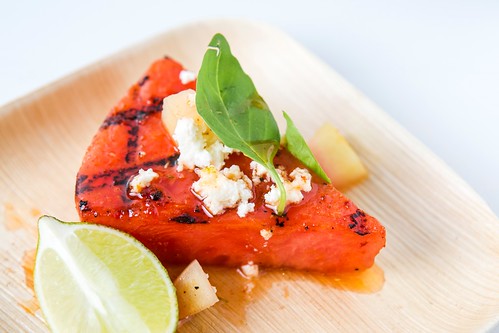 Chef Joe Isidori served a Grilled Watermelon, a delicious take on a water melon salad perfect for a summer appetizer. 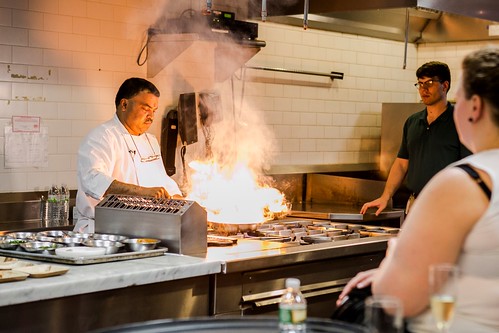 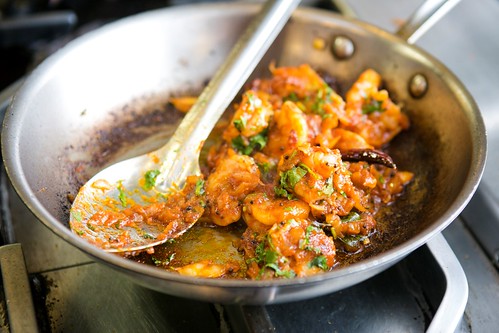 Chef Hemant Mathur served Shrimp Balchao, my favorite dish of the evening, but I am a sucker for Indian inspired foods. It had a bit of spice but not so much you would lose the taste of the many ingredients that would go into the dish. I was very happy when I discovered that he had given us his recipe and it will definitely be tried out in my home. 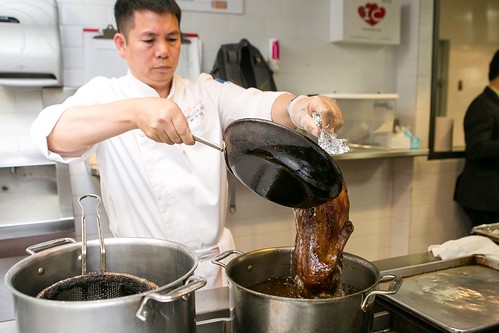 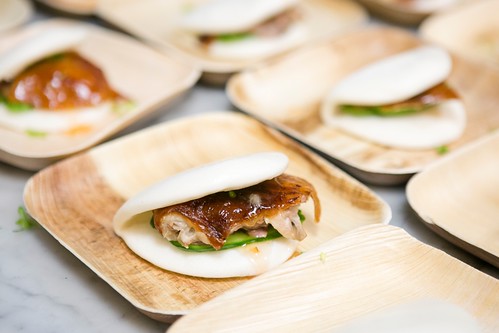 My husband’s favorite was the Crispy Duck Skin from Chef Zizhao Luo. A chef that celebrates everything Chinese in his food and honors the traditions and history. The Crispy Duck Skin was served with a steamed bun and cucumber to balance the oil from the Duck and the dough from the bun.

All of this was enjoyed while we were sipping on Blink wines, a refreshing sparkling Greek wine made with Muscat grapes and imported by Eklektikon. 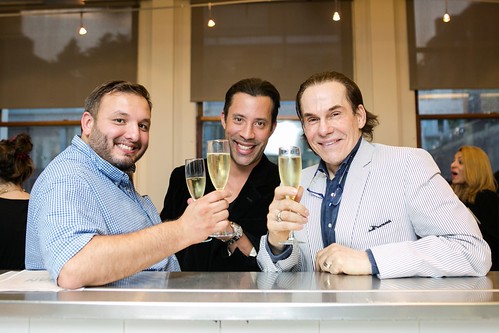 Co-Curator of the Taste Asia Food Fest, Channaly Philipp, took the floor to give guests a glimpse into the upcoming Taste Asia Food Fest highlighting the incredible chefs set to participate, including Chef David Bouley (of Bouley and Brushstroke and Japanese Iron Chef Yuji Wakiya of KOA, and many more.

The month-long celebration, Taste Asia, honors the deep culinary arts of Asian and Asian-inspired cuisine and flavors, and started early June with the inaugural Best NYC Asian Restaurants contest. Since then, thousands of New Yorkers have cast their votes for their favorite Asian eateries across over 60 categories, where voters automatically had the chance to win some unbelievable prizes including round trip tickets to Asia.