The Stanton Social in the Lower East Side 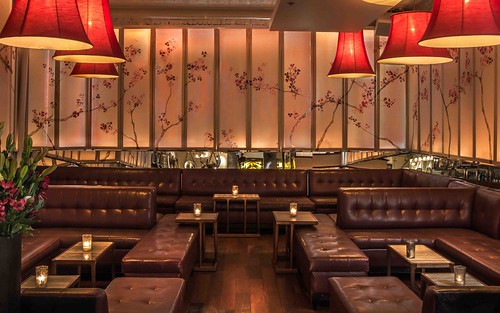 What do you think of when you think about the East Village and the Lower East Side? Me, I think about CBGBs and Kim’s Video (RIP), and all the crazy times I’ve had running around Tompkins Square Park. But hey, I’m an old fart. Things have changed. Punk is dead. So are video stores.

The East Village is still alive though and has lots of great places to visit. One in particular has been around since 2005, and my girlfriend and our Alphabet City friend had a chance to check it out recently. 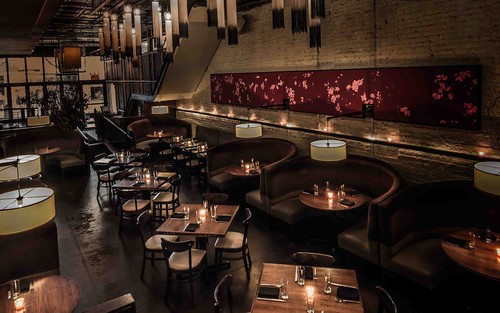 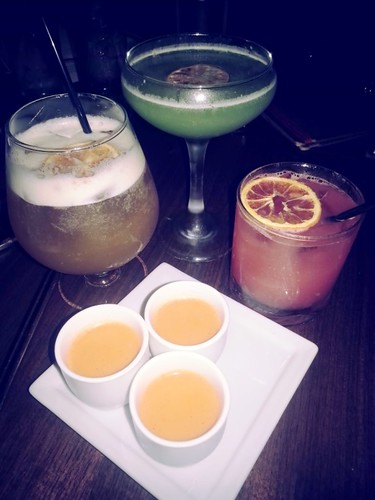 Chef Santos’ trend setting multi-ethnic share plate menu is designed to offer guests a chance to experience multiple dishes and flavors throughout their meal. And that’s exactly what we did. 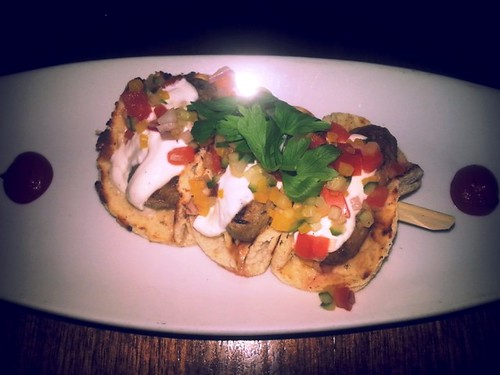 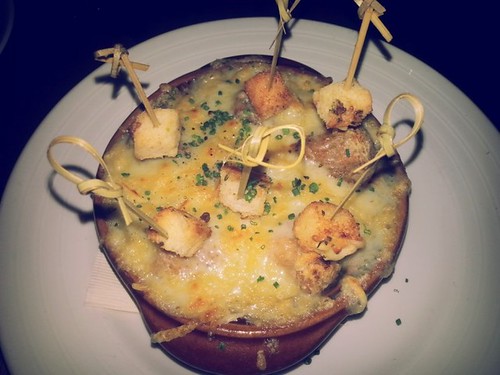 We started out however with a few designer cocktails. The Watermelon-Strawberry Margarita was sweet and flavorful and the Social Tea (Ketel One Citroen, Gunpowder green tea, & orange-honey marmalade) was nice as well, but the real winner was the Basil-Lime Gimlet. So good that I had two of them! 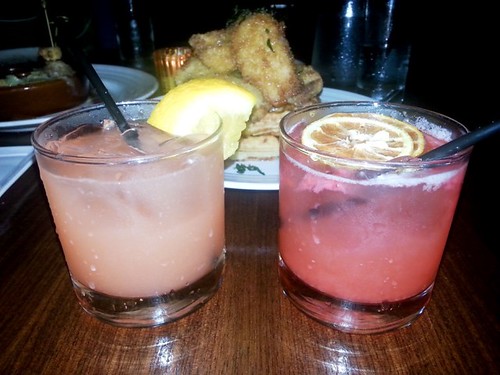 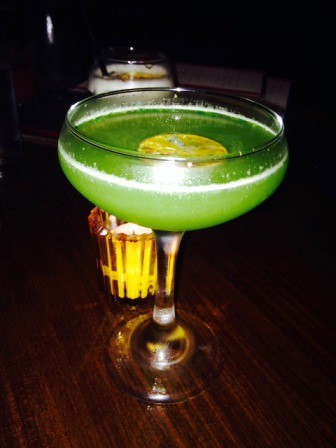 We followed the drinks by ordering just about everything on the menu. The Nori Spiced Tuna Poke Wonton was exceptional, with cilantro, avocado, and crushed wasabi peas to give it some bite. The Red Snapper Tacos were snappin’, with creamy avocado and spicy mango. 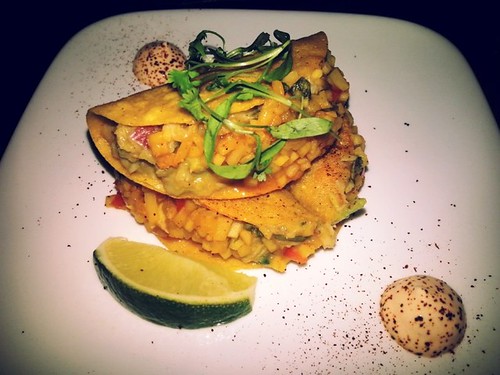 I also liked the mini Lamb Gyros and Maryland Style Jumbo Lump Crab Cakes, but our hands-down favorite were the Potato & Goat Cheese Pierogies. Although I ain’t Polish, I know my way around a Pierogi, and these were the best damn ones I’ve ever tasted. Worth the trip downtown just for this alone, we truly enjoyed everything we tried, including the Chicken n’Waffles. 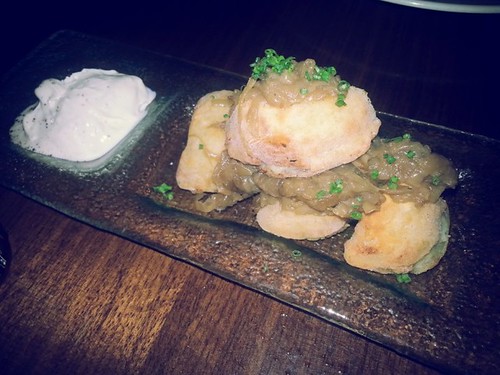 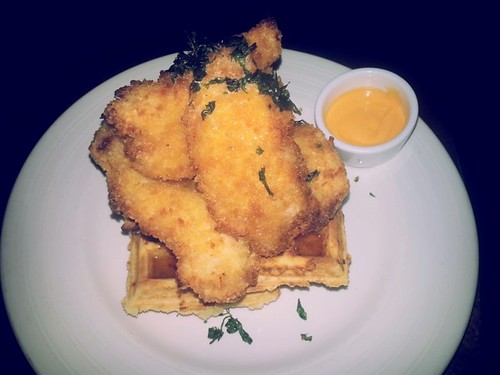 More drinks were in order so I tried the Strawberry Fields (Grey Goose Citron, muddled fresh strawberries, lemon syrup, fresh lemon, & a Riesling floater), and my girlfriend took the Blood Orange-Jalapeño Margarita, a Jalapeño-infused Maestro Dobel with blood orange juice, fresh lime and Cointreau. As usual, she picked the winner, as her drink rocked! 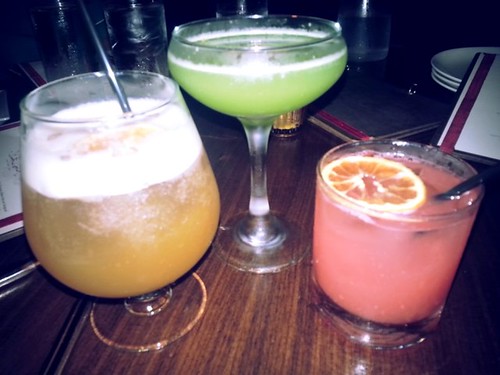 To finish our feast we ended with some sweets. Their Key Lime ‘Twinkie’ was interesting and different, but I wasn’t a big fan. However, their Movie Theater Sundae was, well, words can’t describe it, other than to say yum, Yum, YUM!! It is a brownie, along with peanut butter pretzels, popcorn ice cream, and brown butter caramel. Need I say more?

Last but not least we had their signature Warm Doughnuts, which came with three delicious dipping sauces. Better than any Dunkin’ D I’ve ever had. 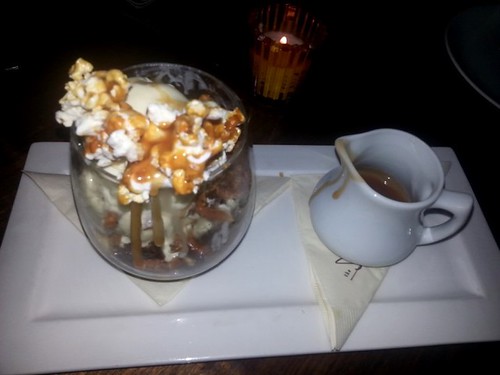 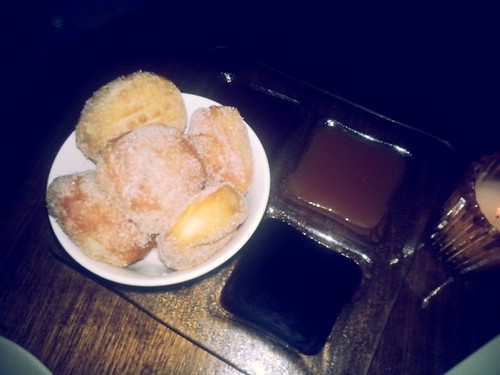 Next time you wanna go out in the East Village you should Definitely check out The Stanton. It’s well worth it. Ask for Ashley to be your server, because she’s awesome!

Photos via Stanton Social and by Socially Superlative