A Day at the Saratoga Springs Race Track 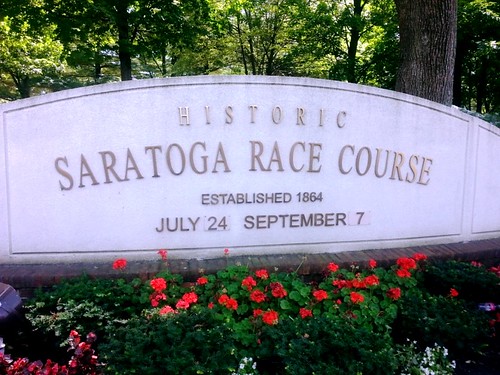 Which ever side of the saddle you straddle on Mayor de Blasio’s fight to ban horse drawn carriages in NYC, I’m sure you’ll agree with me that horses have been a central part of our American history. I mean, what is a Cowboy without his horse? I’m sure you’ve all heard of and probably even seen the Awesome Disney film Secretariat, about the life of the thoroughbred race horse Secretariat, winner of the elusive Triple Crown in 1973. Well, several weeks ago I had the opportunity to visit Saratoga Springs, home of some of America’s finest horse racing! 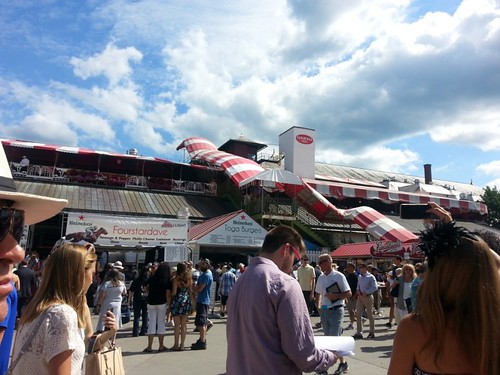 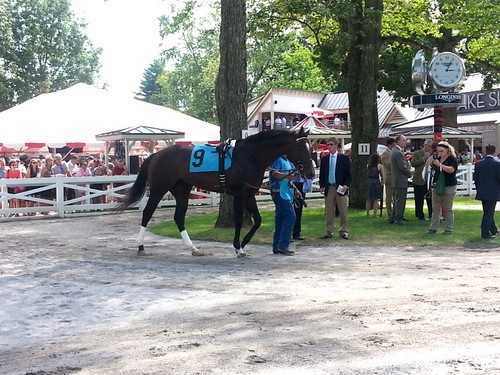 Having spent most of my early teen years in Ohio around a variety of non-human animals, I’m not shy around horses. Heck, my grandmother had two of them, and I learned to become a decent rider and used to make them friends by first feeding them with hemp pellets that used to keep them healthy and calm.  My aunt Lynn was even a blue ribbon winning equestrian in her day.  However, I’d never been to a real racetrack until Saratoga. The enormous complex is grand indeed. My girlfriend and I felt like we’d stepped back into the 50s, as many people were dressed up in the garb of the era, ourselves included. Although not mandatory to do so, it’s more fun if you do! 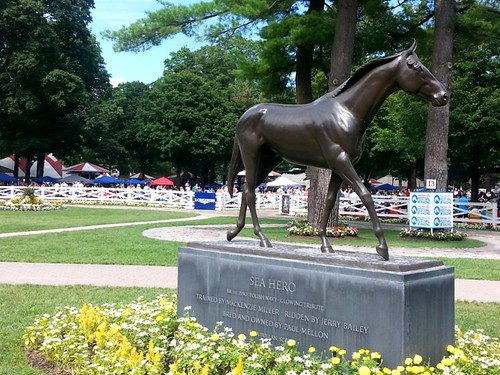 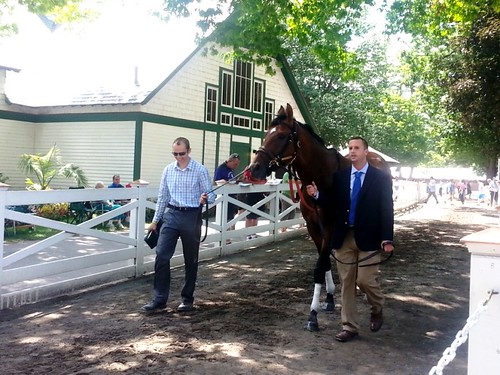 Along with 20 other lucky press people we were given a special VIP treatment. We sat in the Grandstand, great seats to watch the races and were even escorted to the paddocks (where horses are saddled and mounted before a race), and got to meet some of the jockeys, trainers and owners, but, more importantly, the horses! Beautiful powerful and graceful animals, it brought me back to my care-free days in Ohio riding with my aunt. But enough reminiscing. Let’s talk about the RACES! 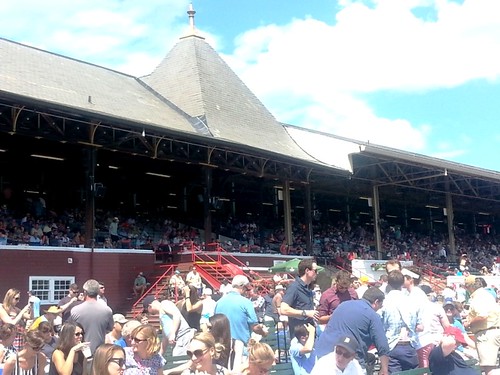 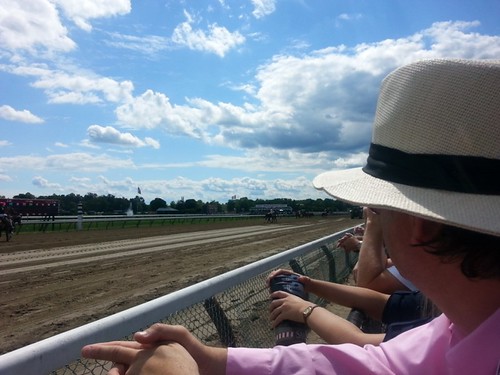 Knowing absolutely nothing about the odds I just picked a random horse and threw $20 down on him. At the beginning of the race he was literally last. Oh well, there went my next two beers. But wait! Half way though the run he started moving up fast — Really Fast, and then started passing everyone like a speeding bullet, finishing just inches ahead of his nearest rival. I couldn’t believe it!! I went to see how much I won and wow, $20 had turned into $76! Yee-haw!! 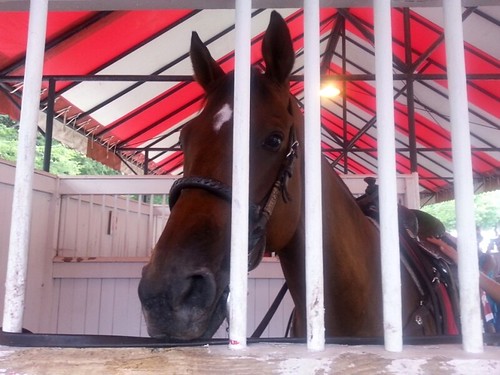 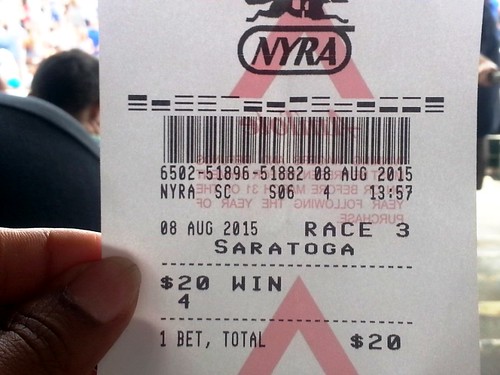 I told our host, Dan Tordjman, Brand Ambassador for America’s Best Racing at Saratoga, who congratulated me and then explained how the odds worked. I could see how people get hooked. I’m strictly a one-bet guy, and kept my winnings, or, rather, bought my girlfriend and I two delicious cocktails and then took a walk around the huge complex, people watching and horse gazing. 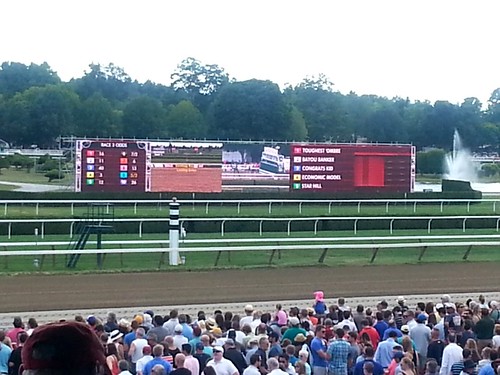 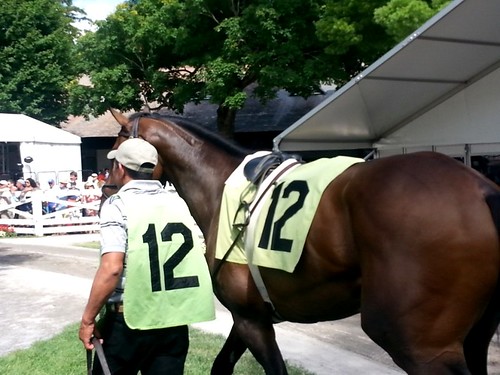 I wish we had had time to explore the town of Saratoga Springs as well as it looked like a really nice place with a deep history but we’ll have to do that next time!Click on Todays Horse Racing Tips for getting Free horse racing tips frоm professional horse racing tipsters.

Saratoga Race Course is a thoroughbred horse racing track with a capacity of 50,000. Opened in 1863, it’s the third oldest racetrack in the US (after 2nd oldest Pleasanton Fairgrounds Racetrack & oldest Freehold Raceway), though it is often considered to be the oldest sporting venue of any kind in the country.