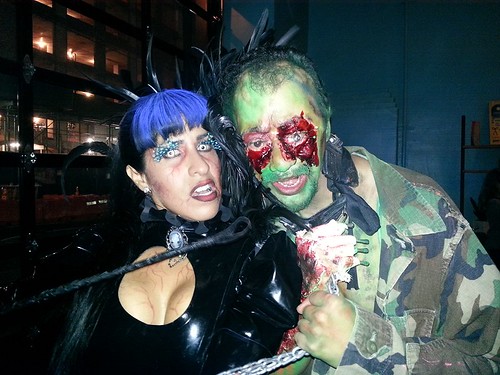 I had the frightening experience of previewing the 2015 Blood Manor haunted house. They know how to keep us on our toes and they learn their lesson every year and just gets better and better. Blood Manor is the best Haunted House in New York City, by far! 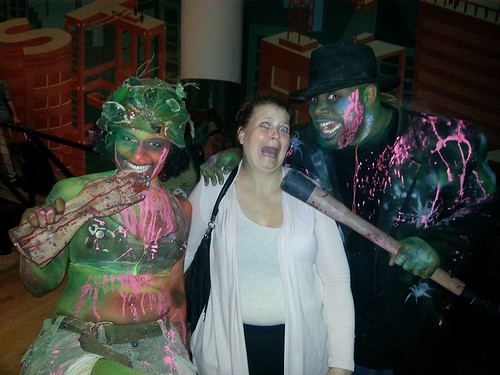 After a few hours in the company of frankly frightening characters it was time to get the full Blood Manor experience. In groups of 10 we were escorted over to the Blood Manor building and there was a strict two people at the same time policy. We found out why! 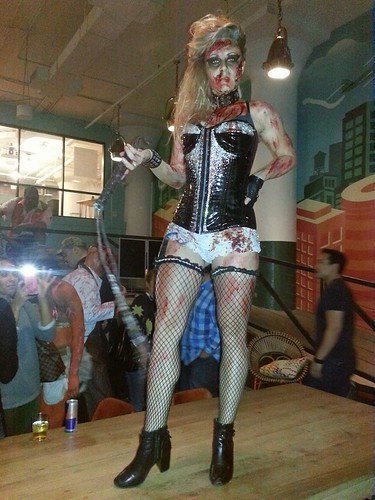 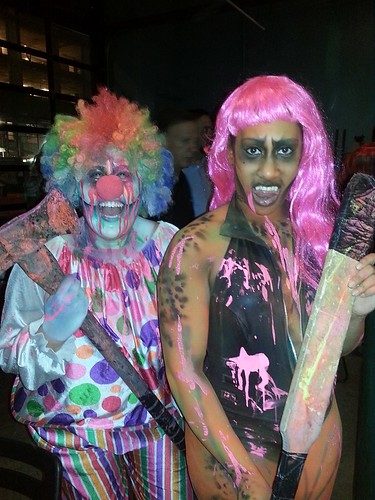 My husband and I walked in and we were greeted by a Blood Manor employee who made sure when it was our time to experience the Haunted House. Two people were in front of us and they were escorted in by a huge scary looking dude! We could hear that he was going over the rules of the house. A door opened and in they went. 3 seconds later we heard loud screams from the two people who had just entered and then suddenly – dead silence!

It gets your imagination going and I could feel my adrenaline starting to rush through me already. After a few minutes the huge scary looking dude gestured to the Blood Manor employee. Our turn was up.

We walked into a dark hallway… there were some scary sounds, a bit of smoke and some frightening images on the walls. It was our turn to hear the rules of the house. When he was done he used the bat that was in his hand to knock on a door. The door opened and we went in… 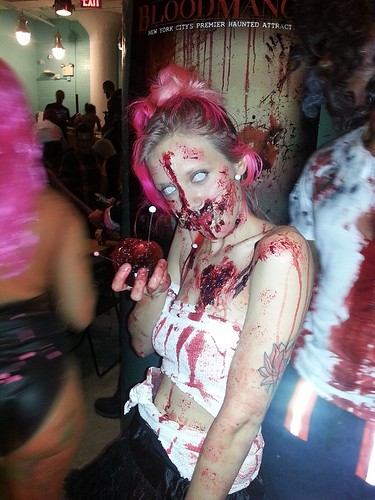 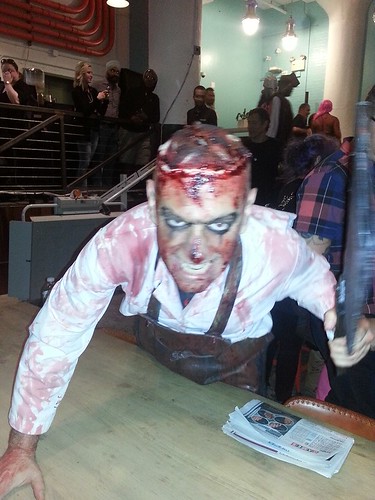 Well, the rest is for you to experience. Have fun!