Break Out of Your Bar Cocoon and Fly to Monarch Rooftop 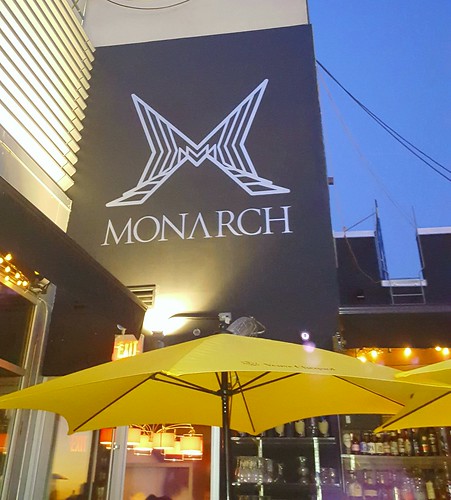 It’s no secret that outdoor dining and drinking space is a hot commodity in New York City. When that outside space is in the form of a rooftop, locals and tourists alike flock to sip, dine and mingle high above the city streets.

Monarch Rooftop opened its doors in 2013 and radiates glamour and seductive appeal with its Scandinavian-chic décor. An expansive interior and exterior separated by sliding floor to ceiling glass door, Monarch boasts ample space with two bars, modern, yet unimposing upholstered sofas and a spectacular view of the Empire State Building. What’s even better is unlike some rooftops, it remains open throughout the colder months, enclosing the outdoor area so guests will still be able to take in the stellar sights. 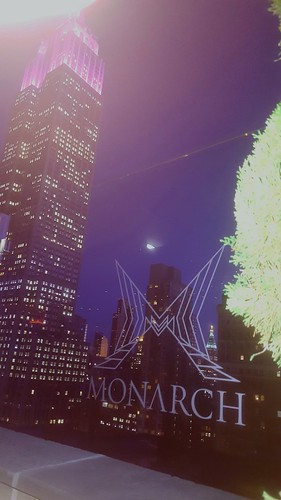 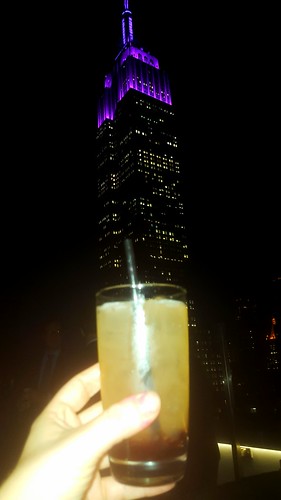 Nightlife impresario Ric Addison recently announced the new menu is featuring fall inspired cocktails and fares that you can enjoy under toasty heat lamps. The autumnal beverages were developed by Monarch’s mixology team, Genese DeBeaux and Roxy Calabrese, who are both industry veterans but making their debut along with Executive Chef Daniel Billheimer to Monarch. Both spitfires, these two mixologists could be on Bar Rescue and give failing bars a run for their money. Their outstanding cocktails creations are all $16 and were carefully constructed to get you in the fall spirit.

I obviously had to try a solid sampling of the drinks so I could write a first-hand review (and be warm when I wasn’t standing right under the heat lamp.)

WINNER OF THE NIGHT – Sibling Rivalry: The fan favorite of the night also came with a great back story. The Cooper Brothers, two liqueurs had a tumultuous relationship after competing to create the best product. Taking the products of this fued the mixologists at Monarch created Sibling Rivalry.  Domaine de Canton, Amaro di Angostura, Carpano Antica, Elderflower Rinse, Sage, Lemon Peel)

For those going to drinks and light appetizers Chef Daniel Billheimer has you covered with quality ingredient-driven plates with clean and elegant presentations.  Specializing in mountain cuisine and cooking wild game from his Colorado background, Chef brings farm to fork to Monarch by supporting local producers and operating with sustainable vendors. 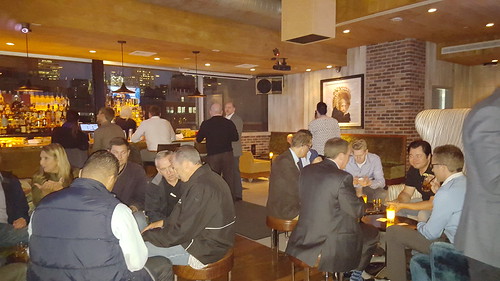 Fall dishes include a Charcuterie Plate & Cheese Board, Hummus Plate, Ahi Tuna Crudo, Maryland-style Crab Cakes, Wild Mushroom & Ricotta Flatbread, Shrimp Dumplings and “Monarch” Flatbread. Both the Charcuterie Board and Flatbread could fill you up for dinner and keep you sober if you’ve had a few!

Want to experience Monarch Rooftop? This weekend they are hosting a Pumpkin Carving Contest this Saturday, October 24th from 2pm to 6pm. Guests of all ages can enter the contest, with no fee, or just cheer on their friends while taking in view of Empire State Building.  Also being served is the signature warm cocktail, a Hot Caramel Cider. The proceeds from all cocktails will be donated to the National Breast Cancer Foundation. The winner of the Pumpkin Carving Contest will win tickets to watch the Macy’s Thanksgiving Day Parade.