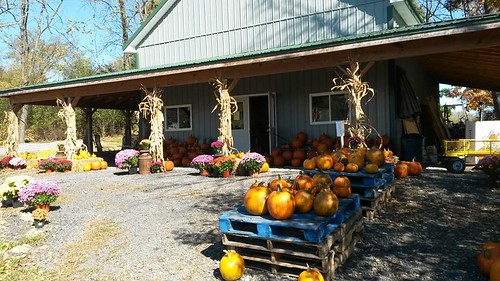 What’s your favorite month of the year?  Mine is October.  You might think it’s because of the beautiful Fall foliage and plentiful apples and pumpkins to be hand-picked from the bountiful farms that are a just a short drive away from midtown Madhattan.  Sure, that’s nice, but it ain’t my reason. 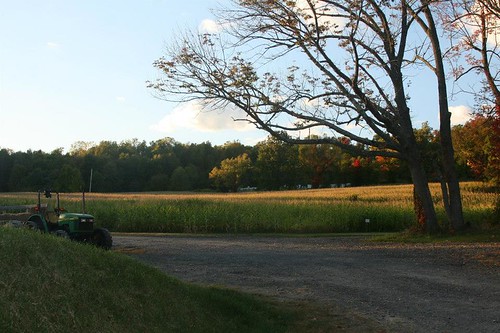 October means the annual Corn Maze at Lainway Farms!  For six years now Lainway has been designing intricate spooky mazes in their huge 5-acre cornfield for us to wander through and get lost in.  As Stephen King’s 1984 classic Children of the Corn is one of my favorite horror films, I’m obviously a big fan. But this year is something a bit different.

Lainway has partnered up with Universal Pictures to help promote their new scary film, Crimson Peak. Written and Directed by the Master of Mexican horror, Guillermo del Toro, it’s frightfully good.  They’ve designed their corn maze to the shape of a Crimson Peak poster image! 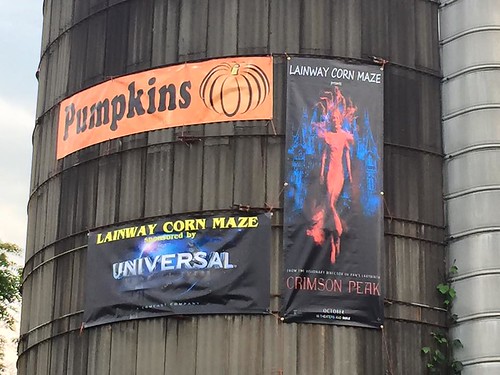 You can explore the maze during the day, but I think going at night is even better.  Everyone is given a flashlight and led to the entrance.  Then it’s up to YOU to go in and find your way back out.  The corn maze also has 15 different secret posts that have film trivia on them from Universal Pictures.  Find them all and answer the questions properly and you win a free pumpkin!!  My girlfriend and I went at night with a bunch of friends and we’re all horror buffs.  They were into finding and answering the questions in the maze.  I was more into running through the corn like Malachai scaring the living crap outta everyone!! 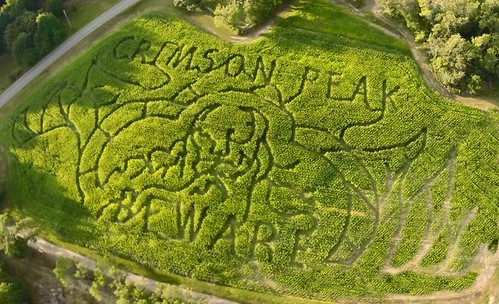 Once we made it out, and yeah, we all survived, we warmed ourselves up with some delicious hot cider and a few apple cider donuts for sale at their store. They also sell hamburgers and hot-dogs and and, of course, lots of candy.  Then we were told of a Big Problem that the village of Westtown was having.  There was a family of farm workers who were recently infected by a unnamed disease who had vanished. However, along with them several others vanished as well.  Some livestock had recently been found that looked to be half-eaten, but by what no-one knows.

Rumors are though that the family has turned into living zombies.  So, Lainway asked us to ride out with them on the flatbed of their tractor as they just heard they were spotted out in their field. We were protected though as they provided us with guns and ammo… 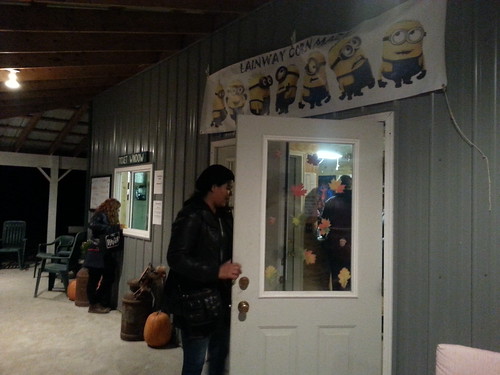 Of course I’m talking about the new Zombie Paintball Hayride that Lainway has just started this year!  Those tough enough will be taken on a 20 minute ride and given a paintball gun with unlimited compressed air and 100 ‘zombie extermination rounds’.  Your job is to help rid the farm of the flesh-eating zombies and help make Westtown safe again.  Basically, find and channel your inner Daryl (or Michonne), and kick some zombie BUTT!!

We all had a Great Time and made it back alive.  Afterwards, to celebrate, we walked over to have a drink at the Westtown Brew Works, which is literally a 5 minute walk away.  They’re a true Farm Brewery, handcrafting small batch beer brewed with their own hops and other ingredients grown by their farming neighbors.  Their brewing philosophy is to let the best local ingredients guide each beer’s style.  And style they definitely have.  Their barn bar is beautiful, with stunning views of the valley below. Their handcrafted brew ain’t bad either.  Rich is the owner and one cool friendly dude. Definitely worth checking out his place before you leave. 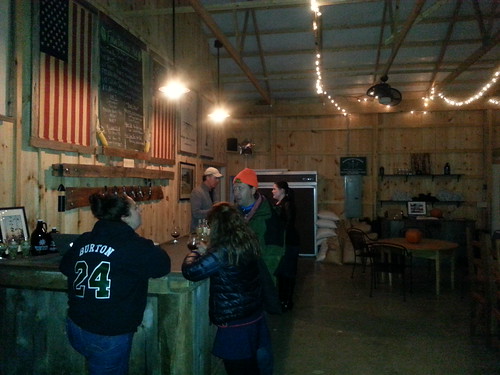 We all decided to camp out for the night in our tents (which isn’t usually allowed by Lainway let us), so that we didn’t have to drive back to Madhattan.  It was a bit chilly but we had a nice fire and some special suds that Rich made for us to go so we didn’t freeze. The next morning, on the recommendation of the staff at Lainway, we drove over to The Elias Cole Family Restaurant for breakfast and much needed coffee.  OMG – the pumpkin pancakes were too good to describe in words. Their special omelets were damn tasty too. If you’re hungry after running through the corn and shooting zombies (who wouldn’t be?), then definitely head over to the Elias. 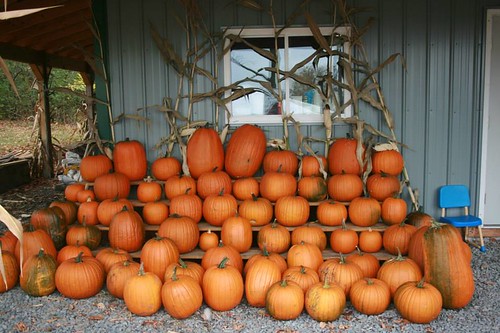 Our whole weekend experience was really fun. It’s family and kid friendly, and less than 2 hours drive from Times Square. If you’re looking for something fun and different to do this autumn then definitely check out Lainway!

Zombie Paintball is open Friday and Saturday nights from 6:00pm – 10:00pm.  Admission price includes a ticket on the zombie trailer, 100 zombie extermination rounds, a gun, and unlimited compressed air. Come on down to Lainway and help rid the farm of Zombies! The Corn Maze and Pumpkin Patch is open weekends (Sat/Sun) from September 18th through November 7th. It’s open Friday evenings for flashlight nights from October 1 through October 29.

Photos via the Lainway Corn Maze and by Socially Superlative