The Pomeroy Takes Astoria By Storm

The Pomeroy is a bustling new restaurant just blocks from the Ditmars stop on the N/Q subway. The restaurant has gotten recent media attention because Head Chef, Bo O’Connor is a childhood friend of Lady Gaga’s, but this menu can stand just fine on its own. The restaurant has also been compared to their neighbor, The Bonnie, but after a thorough visit, we can report that the ambiance and food of both restaurants do not compare. 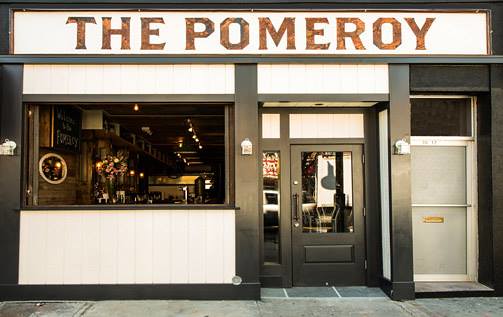 We began our meal with some adult beverages. I opted for the “Good Luck,” which was gin-based, with cucumber and mint in a big girl coup glass, so I wasn’t as prone to spilling it. The drink was refreshing and the alcohol content definitely sneaks up on you! My guest opted for a drink similar to a Manhattan and the namesake drink of the restaurant, which was pretty standard ingredient-wise. 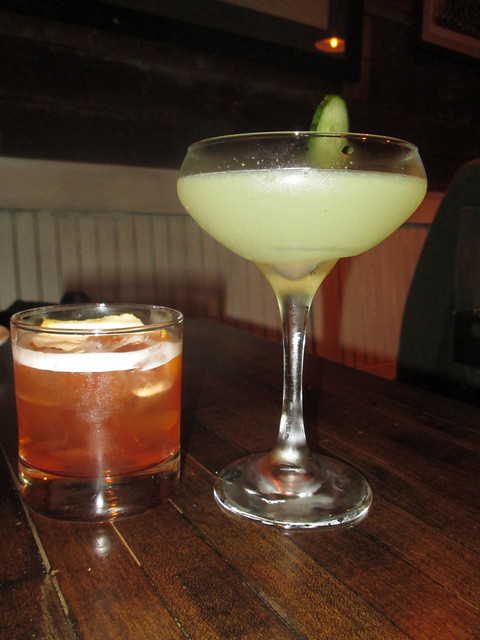 We began our culinary journey with the Frickles from the snack category, which was served with yogurt dip and made the dish fit well in the Greek neighborhood. The pickles were sliced thin, non greasy and had a bit of spicy kick to them. The portion was definitely big enough to have as a starter for 3-4 people. 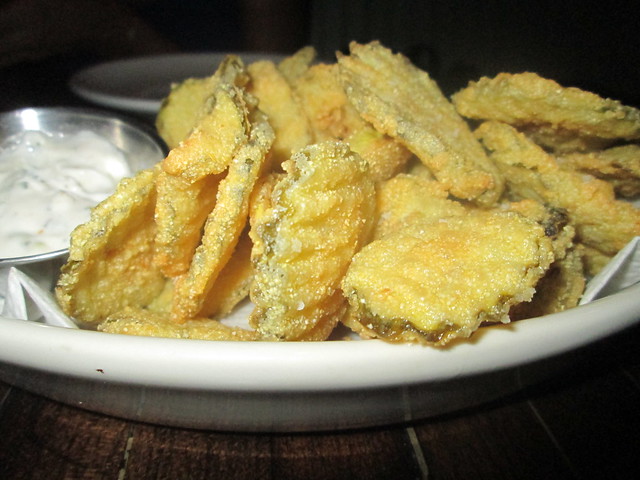 We bypassed the small plates and went right to the large plates, choosing the Sea Scallops with cauliflower puree, corn and sugar snap peas and the Red Wine + Chipotle Braised Short Ribs, again with a cauliflower puree and pickled shallots.

Both portions were considerably large and the flavors on each plate complimented the main attraction perfectly. The scallops had just the right amount of sear and the short rib was very tender. We also had the Brussel Sprouts with bacon and balsamic as a side, which was a pretty solid choice. 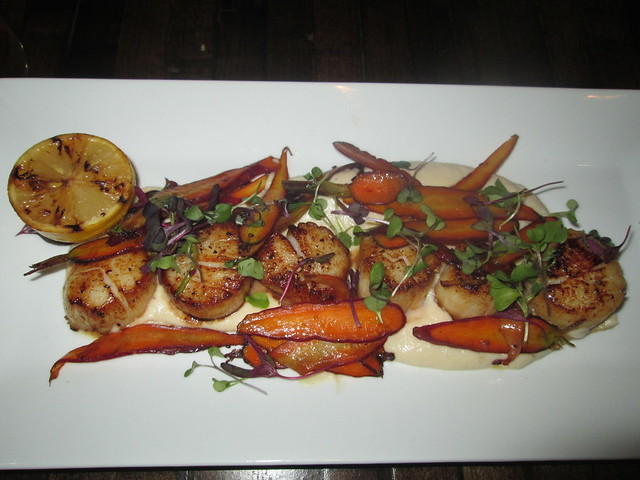 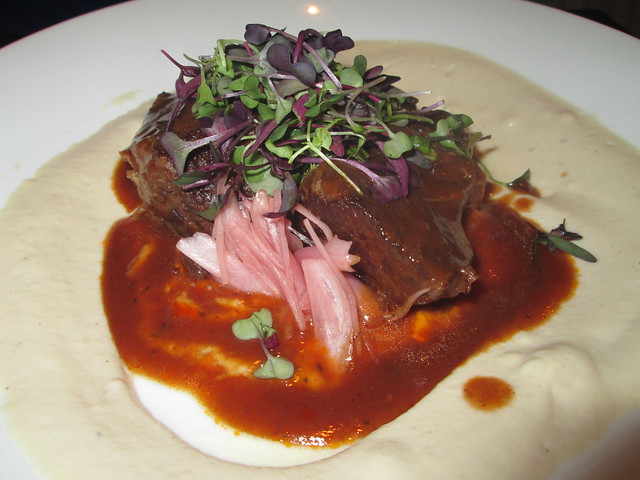 The item on the menu not to miss though, is the fried chicken. You would hope this would be the case since it falls into its own category on the menu. The skin on the chicken was addicting, the meat still managed to be incredibly juicy, and while the jalapeno herb sauce was nice, I wanted to bottle the honey carrot dipping sauce and take it home with me, it was that good. I’ve never really left a meal so excited about a sauce, but there’s a first time for everything. 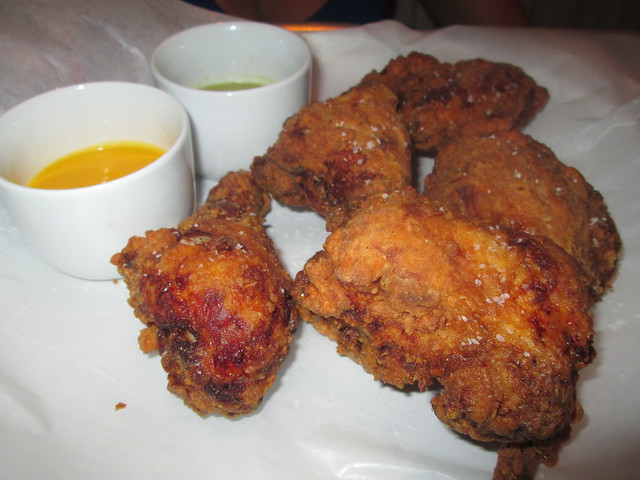 We ended the night on a sweet note with the pecan bar at the recommendation of our waiter, Chris.  Although this was probably a great dessert by any standard, we were still so enamored with the fried chicken we devoured, that the mastery was lost on us. We could’ve ended our meal with a savory dish and been just as happy. 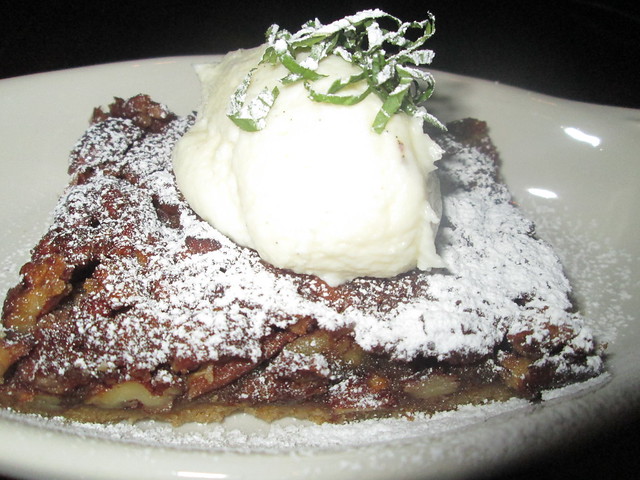 Overall, this restaurant has great comfort food choices that are each more delectable than the next. The staff is friendly and inviting and the atmosphere is one for family, friends, or even a date. If you ever needed an excuse to come to Queens, this is it. You’ll have to fight us for a table though, as we try everything else on the extensive menu!