Moving Together to Fight Lupus 2015 Gala 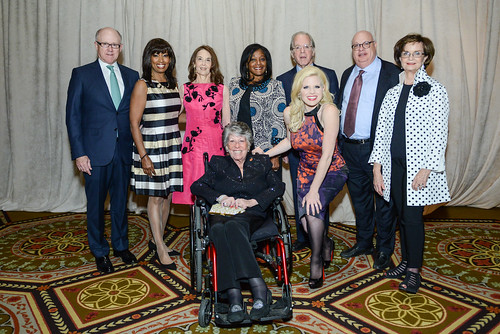 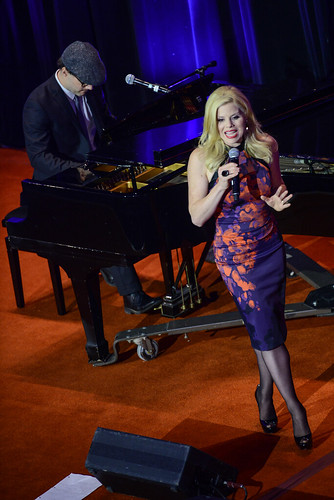 Spending an evening at The Waldorf is momentous. The spacious interior is replete with plush carpets, marble walls, and ornate chandeliers. Being ensconced within The Waldorf is a wonderful anachronistic experience. As far as hotels are concerned, well, they just don’t make them that way any more. While partaking of the sumptuous banquet, I felt like I was a part of a 2015 version of a Downton Abby dinner scene. White gloved waiters hand served each meal component. The food traveled from silver tray to warmed plate.

The tables were adorned with sparkling cloths, purple orchards, and candles. Since it is 2015, guests were able to make monetary pledges on electronic tablets. At the opening cocktail reception guests were plied with snapper, tomato soup and grilled cheese, pulled pork sandwiches with pickles, avocado and tomato canapes, beef wellington, cream cheese and pear, and last but not least French fries. I tasted everything.  The succulent snapper was my favorite.

Robert Wood Johnson IV began the dinner program with an amusing quip about how glad he was that the Jets were winners. When he said that he missed Mayor Bloomberg, the audience broke into an emotion round of applause. I was surprised to learn that Bloomberg got his start in business while working his way through Johns Hopkins as a parking lot attendant.

The dinner was indeed a culinary delight. I will endeavor to burn some calories by typing the contents of the menu, a text which is almost literary in its complexity:

If eating actions speak louder than menu words, I must say – and this of course is an understatement – the dinner was good. 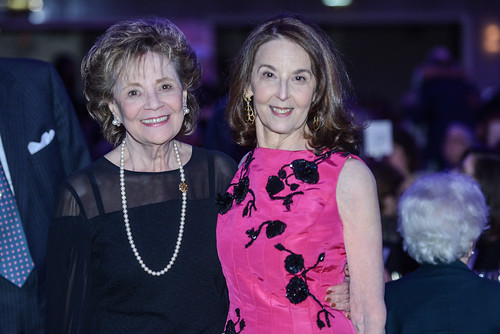 At the end of her performance, Megan Hilty said that two of her friends were diagnosed with lupus. The Gala raised nearly three million dollars. I hope that this money will make it possible to end lupus diagnoses. As wonderful as this inaugural Gala was, I hope that the disease will be cured and lupus fund raisers will become as anachronistic as Downton Abby dinners. The Waldorf, however, should be extent forever.

Watch this video to learn how the ALR, the LRI and the S.L.E. Lupus Foundation are Moving Forward Together to Fight Lupus with scientific discoveries that move lupus research to unprecedented levels.