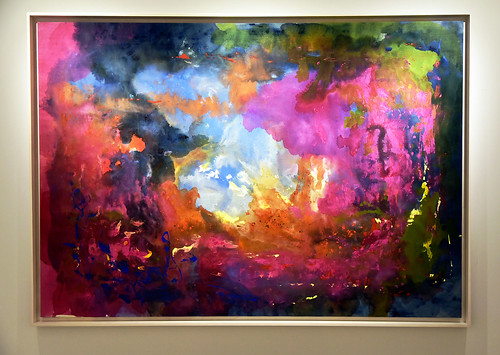 Thursday evening November 19th was a busy night of art openings in Chelsea despite the torrential downpours that bathed Manhattan, but none more significant than the Suzanne LaFleur Exhibition opening reception at the Hollis Taggart Gallery at 521 West 26th Street. Attended wall-to-wall, canvas-to-canvas by lovers of abstract expressionism at its best, LaFleur’s meteoric rise among art critics and collectors alike has established her as one of the preeminent artists of her generation in the genre. 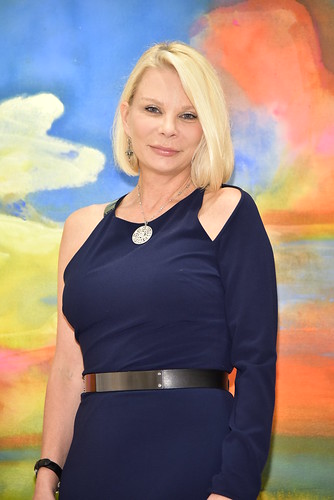 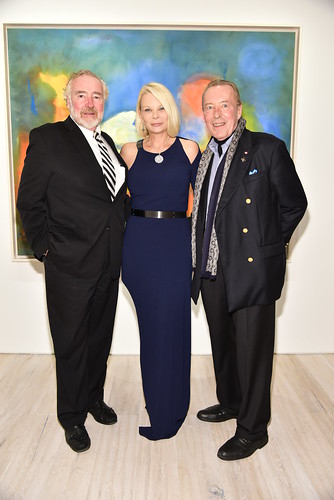 The gallery walls were absolutely resplendent in the fluid dance of the breathtaking hues of LaFleur’s palette. The expansive canvases of abstract expressionism were simultaneously color tonalities floating like mercury on the petri dish of her signature unprimed canvases, yet so clearly defined in their intention and detail that the rarest of artistic reality happened…the works actually reflected their titles! Comparing her to the legendary Helen Frankenthaler,  Hollis Taggart himself has described LaFleur as, “One of the very few masters of this technique that I know of in today’s world, of this type of color field painting on unprimed canvas.” 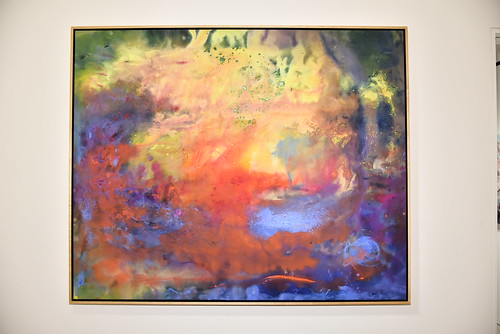 None better represented, for example, than LaFleur’s Blue Vortex. It is a massive canvas of poured interaction of rose, indigo, yellow, purple and terracotta that travel from the exterior boundaries of the canvas then stop and encircle the clearly defined center of what would best be described as a pristine blue Hamptons’ summer sky. One could imagine lying on Cooper’s Beach in Southampton during a hurricane that was a literal kaleidoscope of color just as the calm of the eye of the hurricane opened perfectly before your eyes. Rumor has it that this piece, after exhibition, is already destined for Gin Lane. 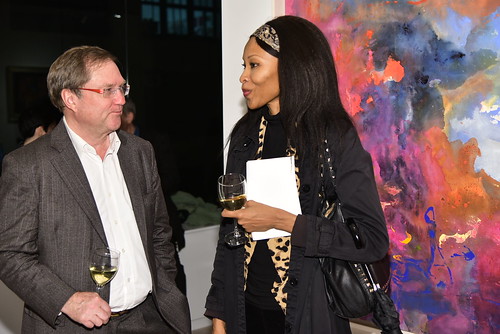 The LaFleur exhibition was so invoking of conversation and thought provoking in interpretation that throughout the opening, unrelated attendees would gather in robust conversation of opinion regarding each work. True of all the exhibited pieces and a tribute to LaFleur’s creative focus of purpose, the interpretation of Blue Vortex had such a consensus of the aforementioned interpretation that acclaimed art dealer Gene Seidman ofArtfa suggested to LaFleur that she should, “…mount the painting on the ceiling of the gallery and invite patrons to lay on the floor, look up at the painting, and let the hurricane of it wash over them.” 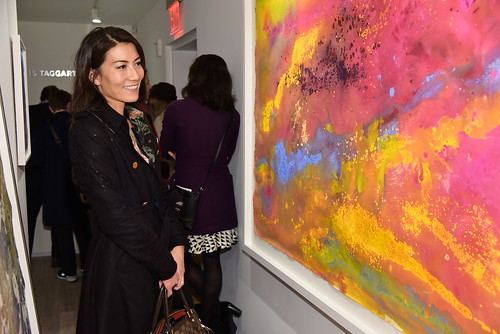 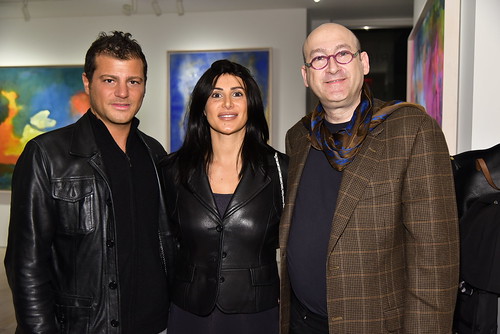 The Artists Magazine selected LaFleur’s drawing Flight of Passion as a finalist in its 32nd Annual Art Competition. She is a 2014 Guild Hall Museum prize-winning artist. The National Arts Club honored her with the 2014 Art Spirit Foundation Gold Medal and 2013 Flora GiffuniMemorial Award.   The organic convergence of precisely melted colors with specific subject intention in Suzanne LaFleur’s paintings make this an exhibit not to be missed, particularly by serious collectors in search of the next significant voice in abstract expressionism. The exhibition will run through November 25th and a portion of the proceeds from the exhibition will be donated to Friends of Cancer Research. 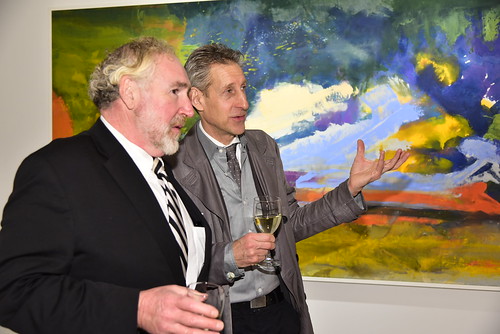 For more information regarding Ms. LaFleur go to: www.suzannelafleur.org