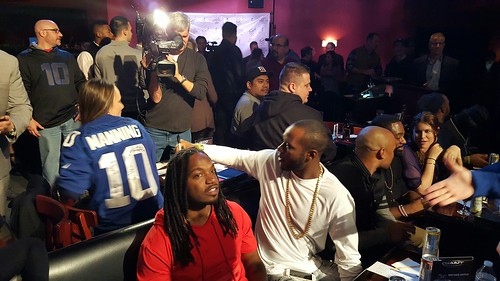 A tough loss for the Giants preceded the “GIANT Night of Comedy” team fundraiser reception and show last Monday, but that didn’t stop the star players from having a ball.

The event presented by Rocky Mountain High Brands brought together a squad of players from both the NY Giants and NY Jets along with comedy favorites to support Rashad Jennings Foundation. Specifically, Rashad unveiled his newest endeavor, The Locker Room Project. 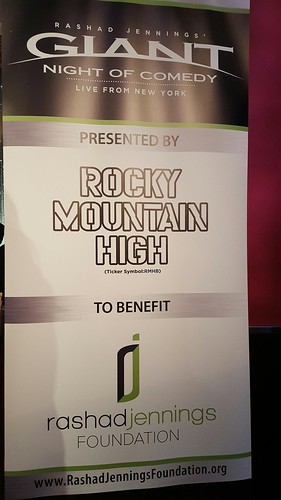 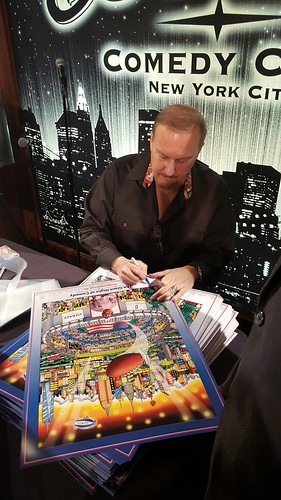 Rashad Jennings was drafted to the NFL in 2009 but always had a vision to start a Foundation if he became famous and in the public eye. It has always been about helping others overcome the various adversities he has experienced in his own journey.

“I wanted to utilize fame to do something important” shared Rashad during his opening speech of the evening. “I had to hurdle a lot to get to the Giants.”

The Locker Room Project came to life after Jennings took a deep look at his unhealthy past that consisted of being overweight, eating junk food and struggling with asthma all while his academics suffered. Jennings did not have a mentor to kick his butt into gear but began to dig himself out of the trenches health wise and eventually academically when a University of Tennessee scout informed him of his potential, if only his grades improved. Now he is determined to help pave the way for kids like him to achieve their dreams also. 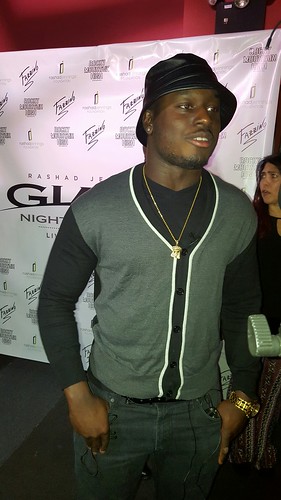 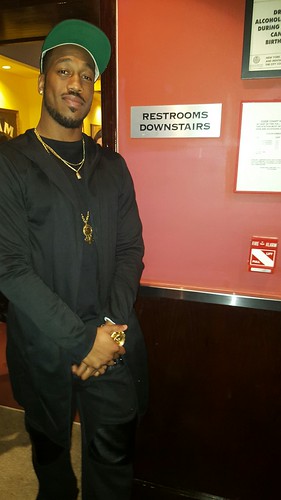 That’s why this charity is dedicated to preparing the next generation of athletes for success on the field and off and work with professional athletes and coaches that have the desire and ability to help students find lifelong success.

The program offers… well… a locker room full of opportunities for those students willing to put their mind to it. The resources to help kids reach their full potential is phenomenal and the chance to work with Professional Athletes is the extra field goal. After coming off the Sunday loss it was a good thing that humor was the basis of the event. Legendary comics ripped into the present players and slung jokes on every pop culture topic imaginable.

Throughout the evening donations poured in from those who paid to attend the event as well as from the famous guests. Rashad’s friends certainly helped to push the donation cause.

“Don’t go to the club and make it rain this week when you can make it drizzle here with donations,” expressed John Amos of Good Times. 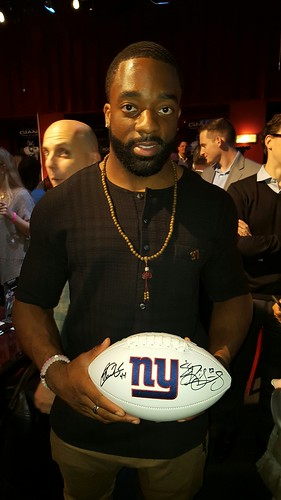 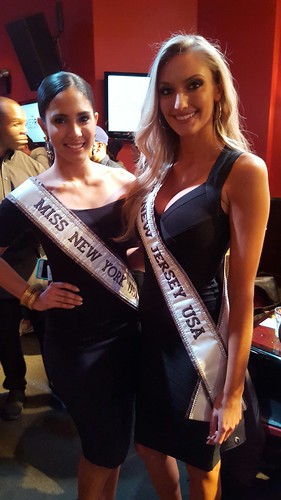 Below is a full list of those in attendance and you should certainly check out the foundation for yourself. Rashad was a great sport throughout the evening and obviously immensely appreciative of the support. I even ran into him outside the bathroom (unbeknownst to me that he was the man of the hour until he told me) and he took a selfie with me. 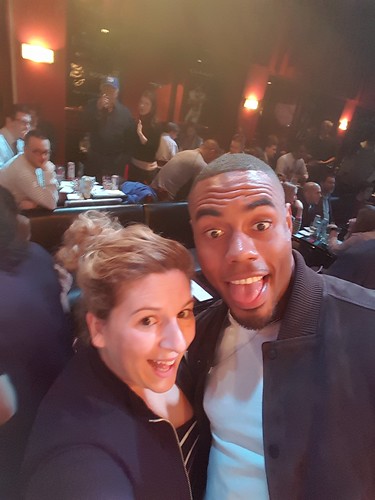