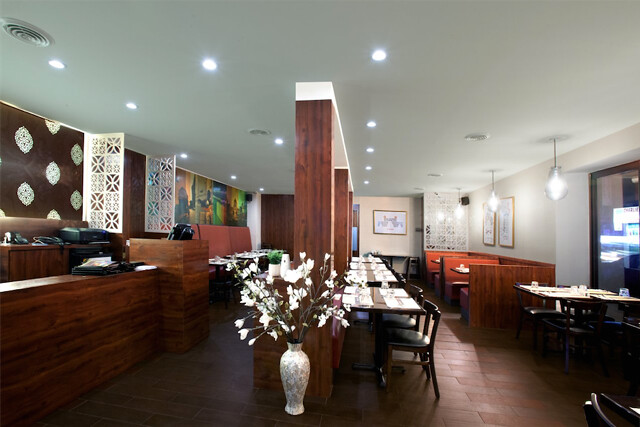 As a savvy native New Yorker, even I get a bit overwhelmed with all the different options of Indian restaurants to choose from in Curry Hill. Some are better than others, but the best one I’ve ever been to was Kailash Parbat.

My girlfriend and I visited them for a night out on the town – and boy, were we impressed. Being active carnivores, it’s sometimes hard to please us with only vegetable dishes, but Kailash Parbat delivered some delicious and creative dishes that made us true vegetarians for the night. 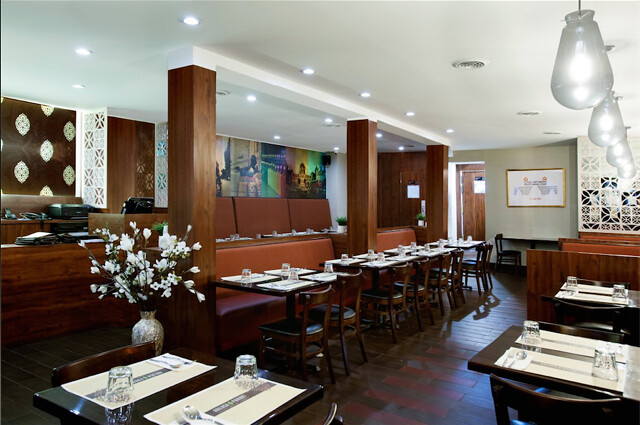 To whet our whistles, we began with two of their signature cocktails, the Sharabi Lassi, a mango lassi and vodka combination, and the “Winter Cup” filled with Old Monk Rum. Both were very tasty! 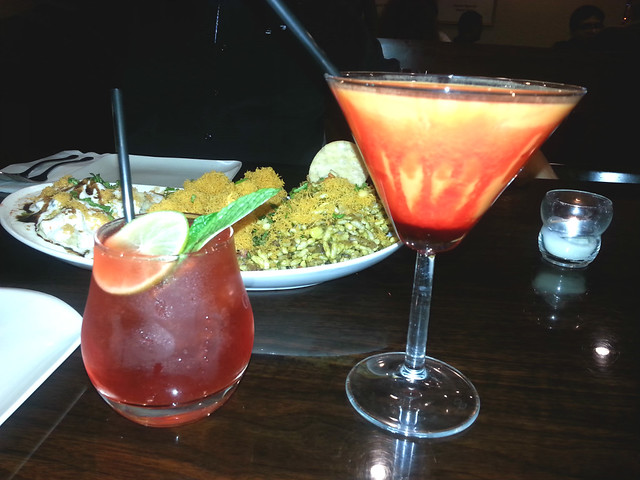 To follow, we led off with an assorted platter of chaat, including bhel puri, dahi vada, corn basket and khatte metthe aloo. For those of you who don’t know, chaat is a term describing savory snacks, typically served at road-side tracks from stalls or food carts in India, Pakistan, Nepal and Bangladesh. All were great, but the dahi vada dumplings were simply superb. 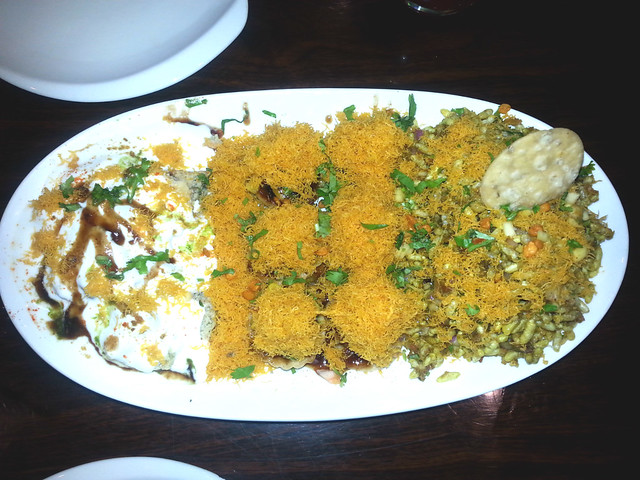 For appetizers we tried the Aloo and Arbi Tuk, which were delicious potato and arbi crispies sprinkled in their secret special sauce. 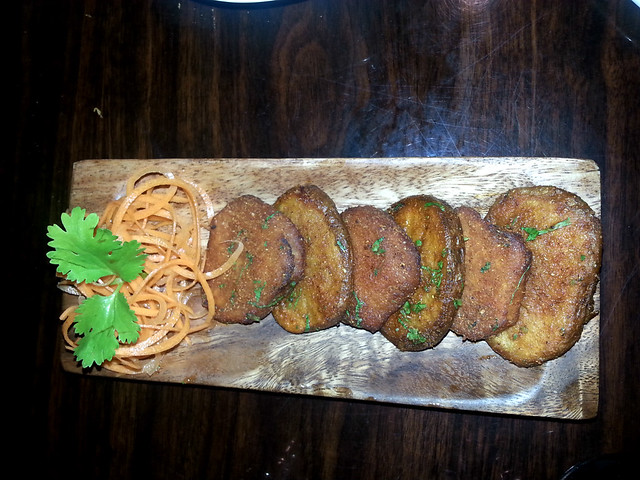 Moving on to our main course, we ordered the Khatte Meethe Baigan, Sindhi Curry, and Sai Bhaji. The curry was wonderful, but the Khatte Meethe Baigan stole the show. It was my favorite dish of the evening. Eggplants marinated and finished with a tangy mixture of onion and tomatoes (the sauce alone is mouth-watering), you definitely must try it when you visit. The Sai Bhaji spinach and lentil combination is another to-die-for dish. 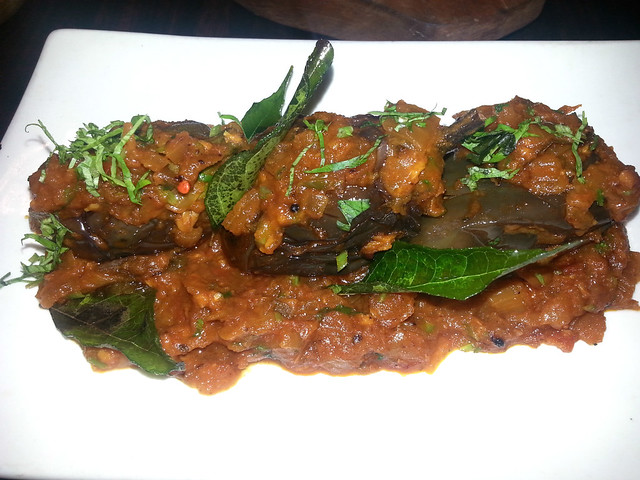 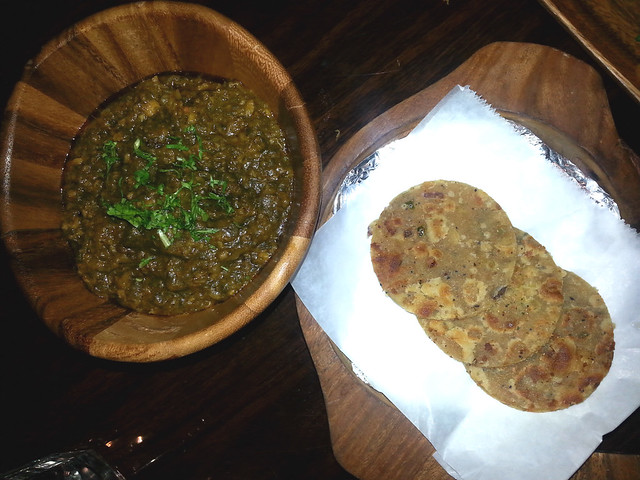 We finished our fine meal with a flavorful Kulfi Falooda, which has been a Kailash Parbat specialty since they began their restaurant business in Mumbai back in 1952. We’re very happy to have discovered this world-renowned restaurant. Owners Gary and Dia Mulchandani are gracious hosts, as was their friendly staff. Surrounded by the plethora of other Indian offerings in Curry Hill, you won’t be disappointed. 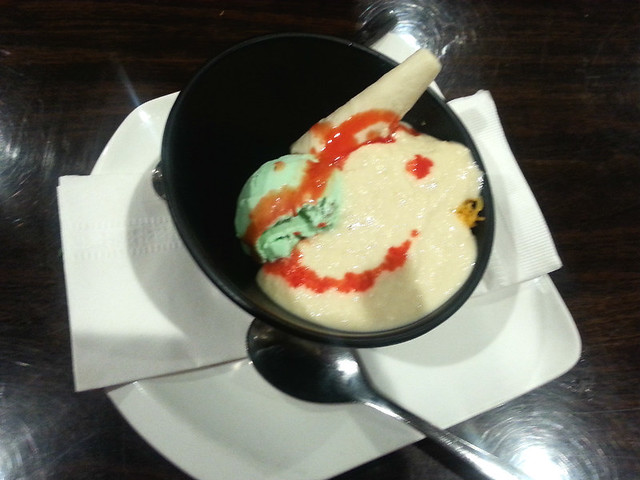 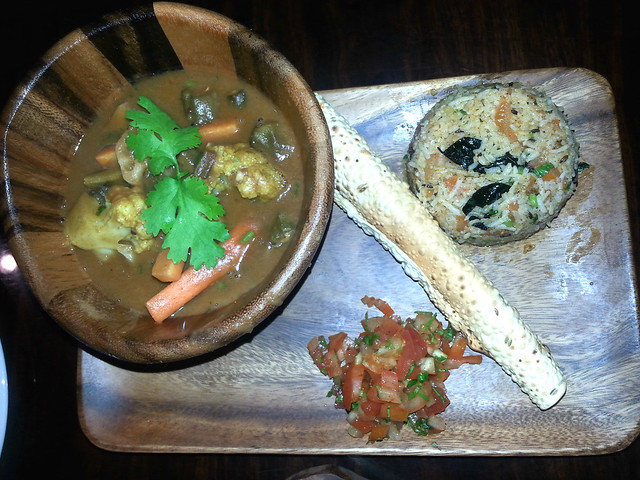 In the 1940s’, the Mulchandani brothers sold ‘Pani Puri’ on Bans Road in Karachi and their product was the then United India’s preferred taste. Then came partition in 1947 and the Mulchandanis had to flee to India. They could not carry much with them : so they left behind their valuables in favor of the utensils they used to make their ‘Pani Puri’ and ‘Ragda’ and landed in Bombay.

Kailash Parbat, Bombay was born in 1952. Since then, Kailash Parbat has grown immensely in popularity … a favourite haunt among people of all ages, from college going teens to families, the elderly and corporate executives. Operating from a small lane adjacent to the Colaba market, Kailash Parbat has emerged from a roadside ‘halwai’ to one of the most iconic eateries of Mumbai.

Kailash Parbat has a rich legacy of taste and tradition, more than 55 years of glory that few restaurants can boast of. Kailash Parbat has enjoyed the patronage of at least 4 generations of loyal patrons who swear by the delightful flavours and rich aromas of authentic Sindhi cuisine, created from the finest ingredients and to exacting standards. The consistently ‘melt-in-the-mouth’ taste has emerged the signature of Kailash Parbat

Kailash Parbat is synonymous with its ‘Pani Puri’ and ‘Chaats’, not to mention tasty Punjabi food. Kailash Parbat is also the only restaurant in Singapore to serve authentic Sindhi delicacies such as ‘ BHUGAL BHEE ALOO’ and ‘Koki’. To cater to the varying palate demands of its die-hard patrons, Kailash Parbat also offers variety of cuisines including Oriental, Continental and more. The mélange of cuisine is designed to appeal all palates.

Kailash Parbat is renowned for its fast, efficient service. Priced at affordable rates to make the dining experience within the reach of all. Kailash Parbat has received rave reviews on various websites and prestigious magazines including the Upper Crust in India and HungryGo Where in Singapore.

Photos via Kailash Parbat and by Socially Superlative