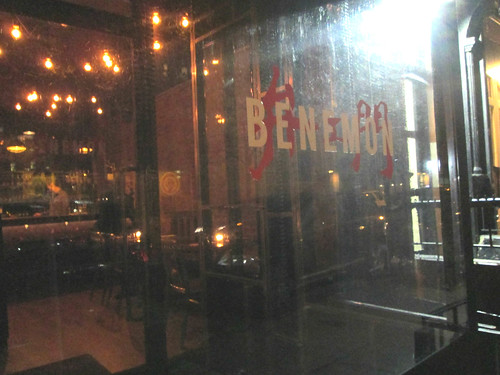 Socially Superlative recently had the pleasure of checking out Benemon, which opened late last year. The cozy LES eatery has a vibrant ambiance, while still being an intimate setting. The Edison bulbs cast a romantic glow on the wood and brick space, complete with an 8-seater bar. The back table is a great backdrop for a birthday party, but every other table would be more than appropriate for a date with someone you really like.

Benemon gets its name from owner Ryu Hirahata’s great, great grandfather, who according to his grandmother was a local legend in Japan. Benemon lived when Japan was modernizing both their political and social class systems. He would carry his swords down the street in defiance to new laws and built up a reputation as a renegade. He was conservative in values and tradition, but still married a girl out of his social class, which was considered scandalous. I commented that he was modern in his views of love and Ryu responded that he guessed that was one way to look at it! 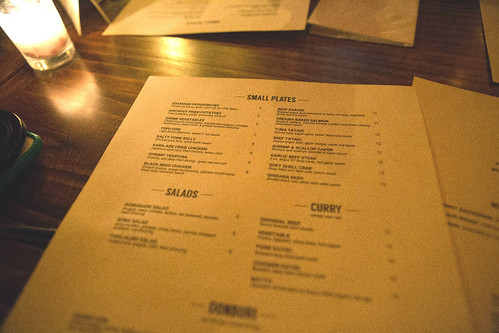 Mirroring this sentiment of change, Benemon as a restaurant makes it a point to take traditional dishes and give them a playful twist to give diners an experience they won’t experience elsewhere. Our particular group was interesting because we had a pescatarian with us and also someone who can’t handle spicy foods, but the meal still catered to the different palates flawlessly.

I had to ask upon our arrival if all guests got a personalized place card or if I was special. Turns out every reservation gets a place card, which really personalizes the dinner and according to Ryu, helps the restaurant learn about their visitors. If the reservation is booked through Yelp, they may even read up on your likes and dislikes! One table’s card read Austin Powers, so you could tell people were having fun with that element of the meal. 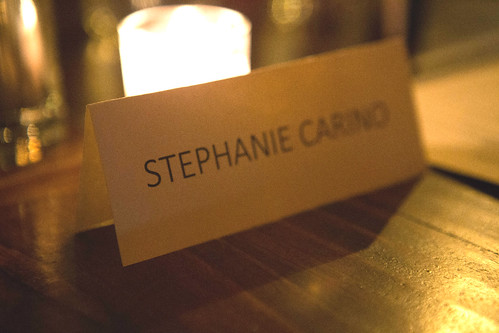 We began our dining journey with the Sanmi Vegetables, which are served chilled. The array of French string beans, roasted bell peppers, shitake mushrooms and sweet onions were extremely flavorful due to the ground sesame dressing. The variety fit more of an overall sweet flavor profile. 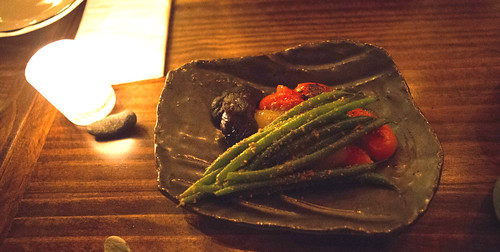 Also from the Small Plates section, we sampled the Black Miso Chicken and Tuna Tataki. The chicken was a good portion for the price. The meat was cooked perfectly and the sauce was rich. It was served sliced with a juicy interior and crispy skin. The tuna had the slightest kick to it due to the Cajun spice and miso nuta sauce.  The fish was seared and incredibly fresh. 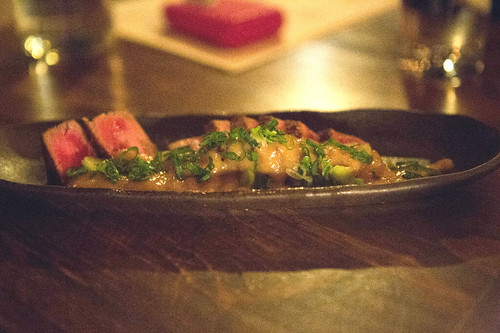 We moved on to the Donburi, served with a wooden spoon, where we savored every bite of the Tsukimi Tori Don. The dish was comprised of popcorn chicken, shitake mushrooms, shirataki noodles, onions, oozy organic raw egg. The bowl was doused in a sweet soy sauce and all of the Donburi is served over rice. This was my favorite dish of the night. We also took a stab at the Shrimp Ten Don, with huge light airy fried tempura shrimp sitting on top of a mound of rice with tempura kabocha, broccoli, and eggplant, drizzled with a tempura sauce. 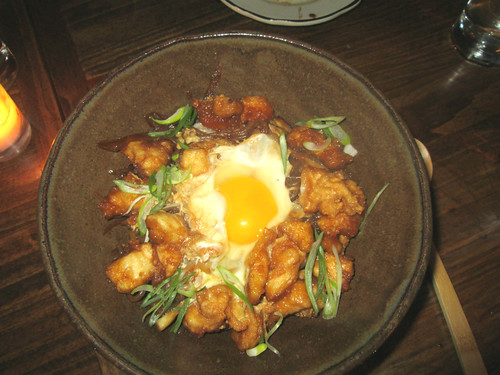 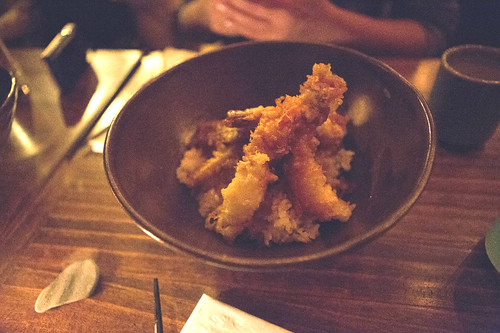 The non-meat eater of the group conquered the huge bowl of Vegetable Curry, a beautiful display including potato, eggplant, string beans and bell pepper. The dish was different than traditional curries because the sauce was thick and nutty, but the vegetables lightened up the dish. We almost didn’t want to eat it since it looked like art! 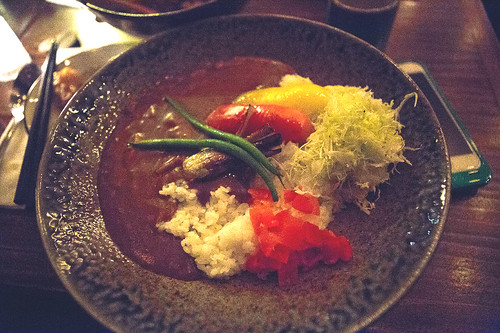 I’m never one to pass up dessert, so we ended with both homemade desserts, the Caramel Custard Pudding and Black Sesame Mousse. The pudding was creamy and light, while the mousse was savory with a nutty flavor similar to traditional Japanese desserts. 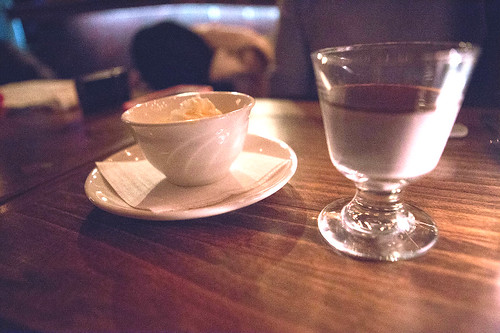 Overall, our dining experience was pretty spectacular. Benemon has proven this is a great establishment for a date, get together with friends, dinner party or even happy hour. While we were there happy hour was going on from 5-8, offering a beer and Japanese Kara-age fried chicken for $7! It’s safe to say we’ll be back. 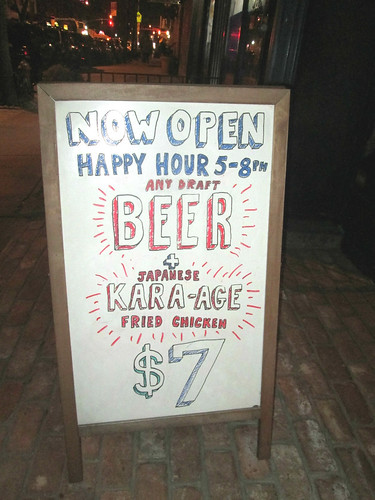 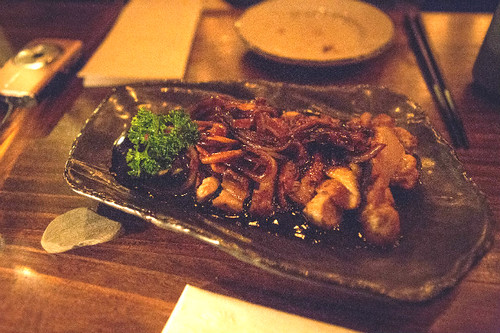