The Food of Love: Sensual Cooking the Greek Way & Aphrodisiac Dishes with Maria Benardis of Greekalicious 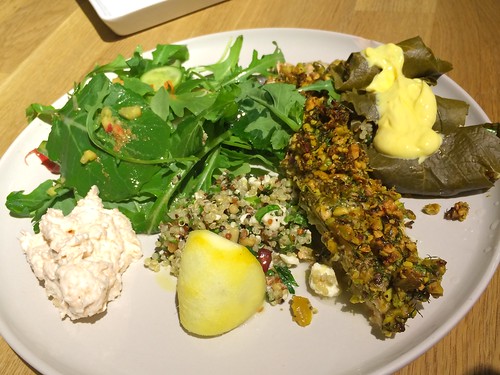 I love eating. I’m great at it. Put me in the kitchen, though, and I can barely do anything but stand in the way. That’s why I decided to take a cooking class with my girlfriend called “Intuitive Greek Cooking, the Food of Love” hosted by Maria Benardis of Greekalicious. 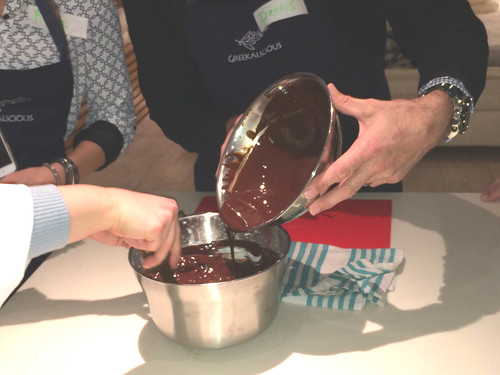 For Valentine’s Day weekend, Benardis taught us how to make some great Aphrodisiac dishes that got our taste buds jumping.  Did you know that Aphrodisiac is actually a Greek word associated with Aphrodite, the Goddess of Love?  Many of the ingredients we used were considered to have aphrodisiac qualities since ancient times. 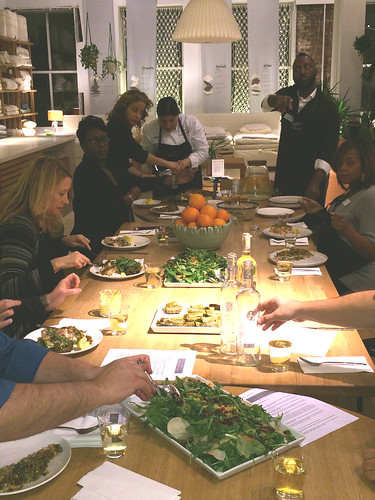 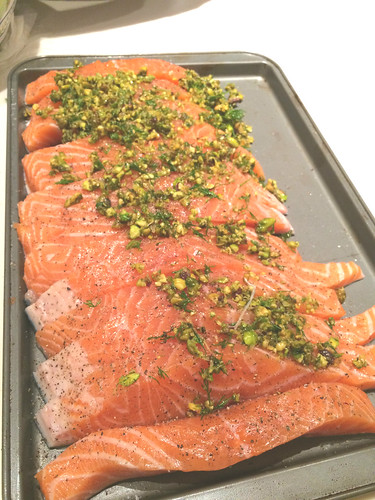 Maria is an award-winning author, health coach, teacher, and chef. She founded Greekalicious in 2004, Australia’s first exclusively Greek cooking school in Sydney. It has since expanded to include catering services, restaurant consulting, pop-up restaurants, private chef services, an organic line of products, culinary tours to Greece and, after completing her studies at the Food Coach Institute in Australia, health coaching. 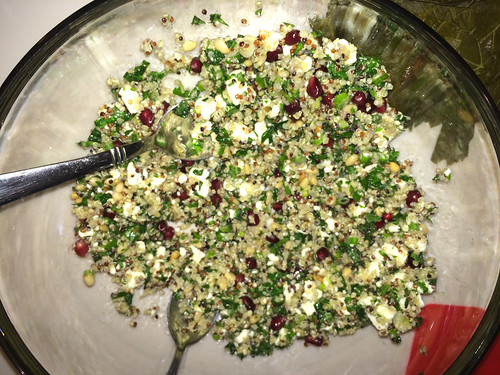 There were six couples in our cooking class, and after we went around the table introducing ourselves we listened to a short intro by Maria about what to expect for the evening. Her most important advice was to trust ourselves and continue to taste what we were making throughout the process so we could decide whether to add more of something or not, and that nothing could be a mistake. Great words for me to hear, as the kitchen scares me more than the dentist’s office. 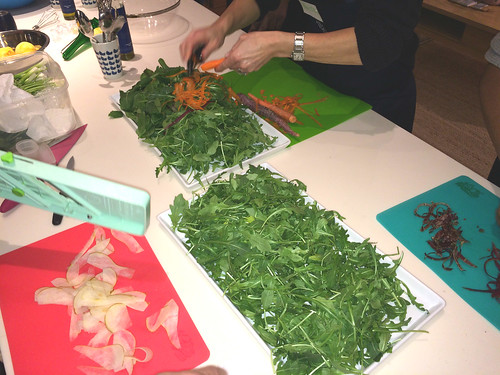 All of us worked together to make a truly exquisite meal. It included raw quinoa, pine nut and pomegranate dolmades (stuffed grape leaves) with saffron and garlic yogurt sauce, Aegina-style wild caught salmon crusted with pistachios, dill and lemon zest, pomegranate and pear green salad, and Mastichaolive oil chocolate mousse. All were gluten free, and everything but the salmon was vegetarian. I worked on making the pistachio sauce for the salmon, which I must say came out quite delicious.  My girlfriend helped with the pomegranate and pear salad. 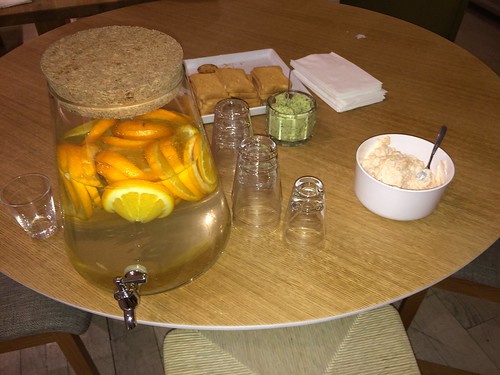 We all had a great time and it was fun working together with the other couples. This was our second time taking a cooking class with Maria.  She’s very friendly, entertaining and knowledgeable of both Greek food and general nutrition.  Her cooking classes will all be held at COCO-MAT in Soho, a Greekowned store recognized as a leader for natural sleep products (mattresses, bed-mattresses, pillows, duvets), bed linen, towels and furniture.  We’ll definitely be back to take another class with her soon! 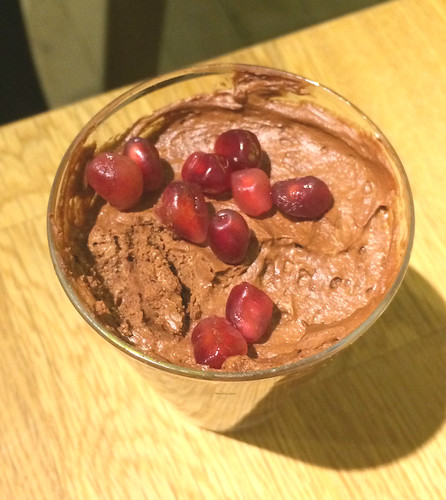 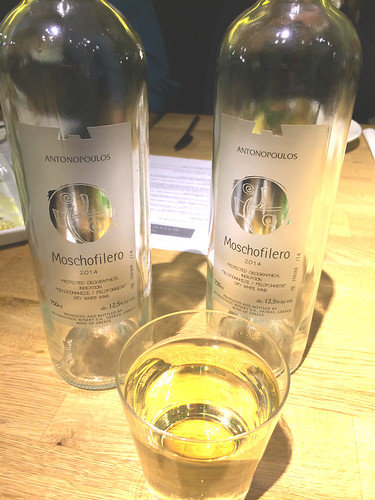