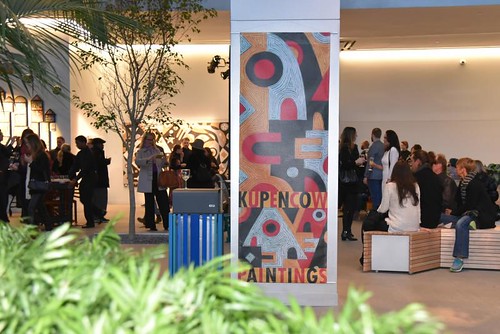 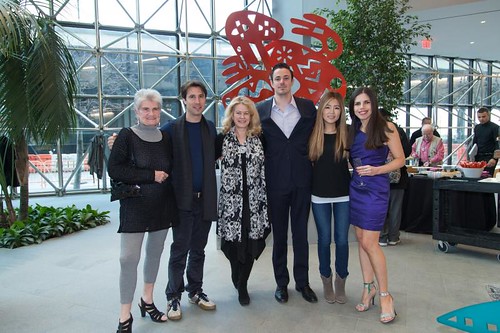 Over 200 attendees packed the absolutely stunning space that is Anderson Contemporary and reveled in the superbly designed exhibition, presented by Susan Davis Eley, that perfectly highlighted the joy and movement inherent in Kupencow’s work.

Guests enjoyed a stunning selection of wine and Prosecco generously provided by Frederick Wildman and Sons, Ltd. and the scrumptious hors d’oeuvres were prepared and presented by Maiden Lane Hospitality in association with Bobby Van’s, which is planning a new location at the 180 Maiden Lane property this spring. 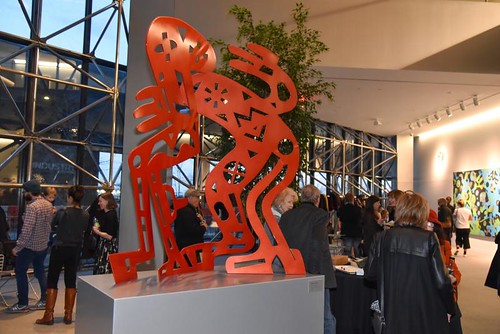 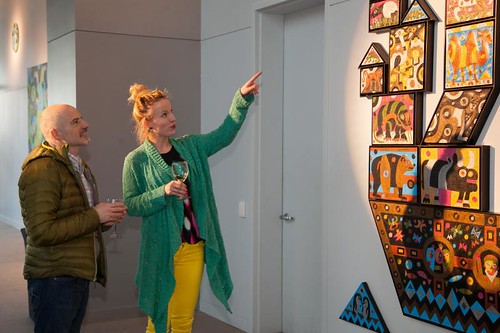 Kupencow’s  first solo show since her extraordinary 2011 Italian exhibition at Galerie Pananti in Florence, the Anderson Contemporary exhibition, April 8 – May 1, 2016, features a selection of recent paintings, sculptures, and “Fun Seetz” (sculptures for sitting, reclining and climbing). 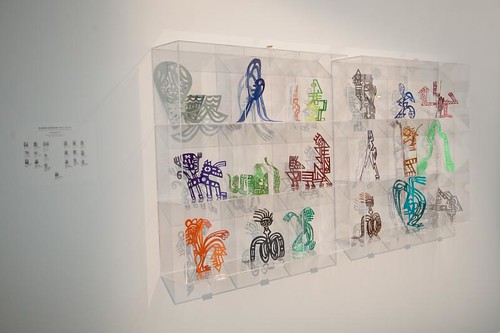 Some of the pieces included in this exhibition are the paintings “Acrobats” depicting active figures seemingly defying gravity, “Noah’s Ark” a multi-piece painting featuring creatures great and small, each living in a little painted cage all their own, and “Diamond in a Square” a large, very bold painting in gold, silver, black and white, among dozens of others. Two very large pieces of Kupencow sculpture featured in the show are “The Interfacing Couple” and “Jitterbugs,” along with18 sculptural “Maquettes” captured in motion and contained in two large plexi-glass cases. The two “Fun Seetz” on display are “Dash Hound” and “Fat Cat.” 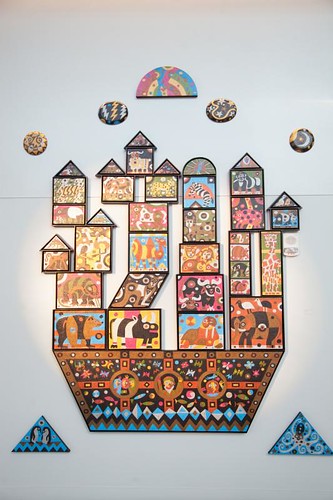 Ms. Kupencow’s paintings, intrinsically related to her sculpture in color, form, theme and scale, feature the common elements of joy and movement. Kupencow’s sculptures, “Horsing Around the Arrows of Time,” were first installed at Dag Hammerskjold Plaza (2008-2009), and then at The Pearl Street Triangle in Dumbo, Brooklyn (2009-2010), and are now permanently installed at The Children’s Museum of the East End, in Bridgehampton, NY (2014).  Other Kupencow sculptures can be viewed at the LongHouse Preserve gardens in East Hampton, The Romany Kramoris Gallery, in Sag Harbor, NY, and The White Room Gallery, in Bridgehampton, NY.  Six of her “Fun Seetz” (sculptures for sitting, reclining and climbing) are permanently installed at a pedestrian plaza on Old Fulton Street in Dumbo, Brooklyn. 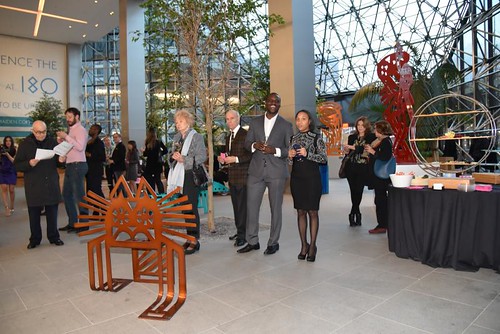 For more information about the Gallery please go to:  www.AndersonContemporary.com. 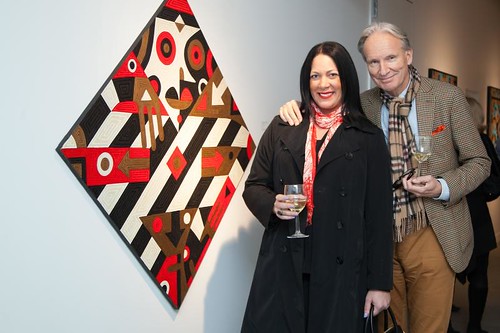