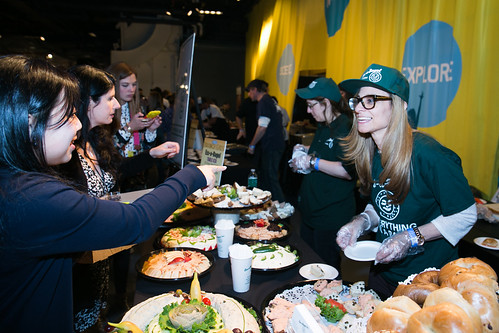 Last week we joined hundreds of food enthusiasts at Village Voice‘s inaugural Brunch Eats and learned that we’re not the only ones who love brunch foods for dinner.

The event was held aboard the Intrepid Sea, Air & Space Museum where guests could peruse through aircraft history while munching on delicious eats. 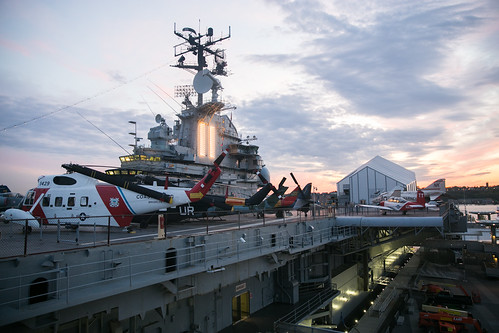 Village Voice put on Brunch Eats in place of Choice Streets that went on for the previous four years. Being a huge proponent of brunch, I salivated at the thought of getting to have 20+ brunches from NYC’s favorite restaurants. Little did I realize the challenge of eating too many carbs. 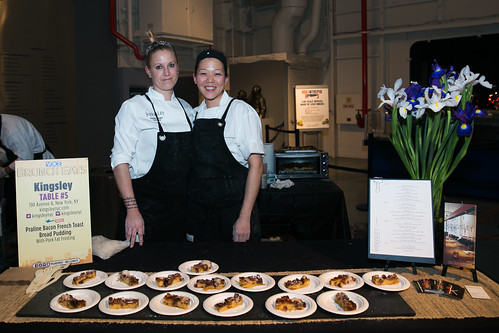 It was a rookie move to start at the Breads Bakery station where they had heaps of croissants, rolls, breads, and spreads. Notorious for their chocolate babka, it’s no surprise that their other pastries were also all excellent. 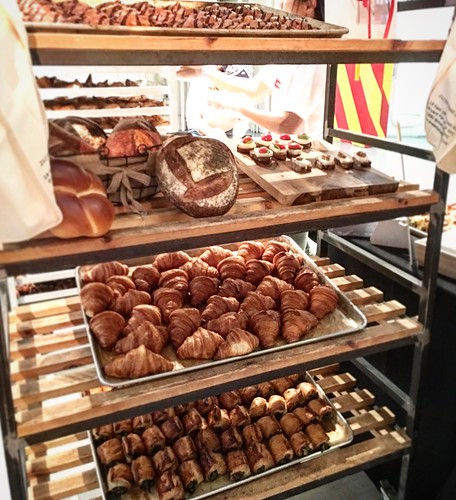 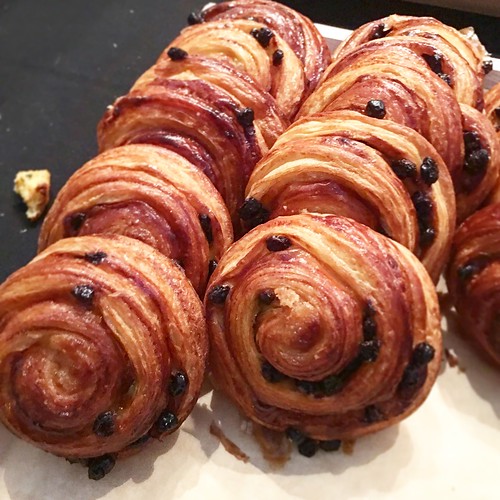 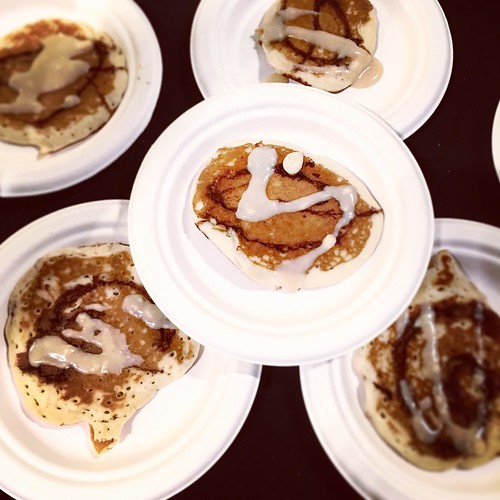 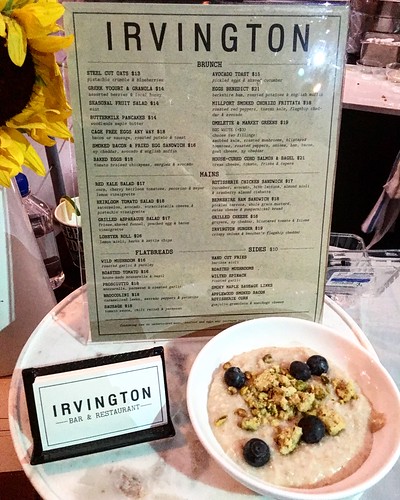 Rumor has it that biscuits are the new doughnuts (which were the new cupcakes), and we’re not mad about that. We enjoyed the mini BLTs atop a biscuit from Butter & Scotch, as well as the biscuit with smoked salmon from Osteria Cotta. We can only imagine that it’s even better full-sized and fresh from the oven. The “Mean Green Sandwich” from Xe May Sandwich Shop also brought a smile to our faces. 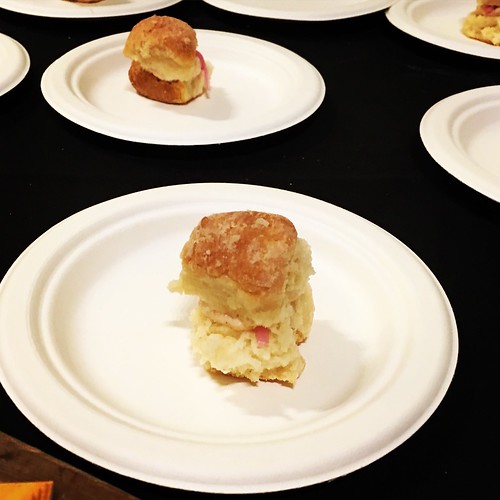 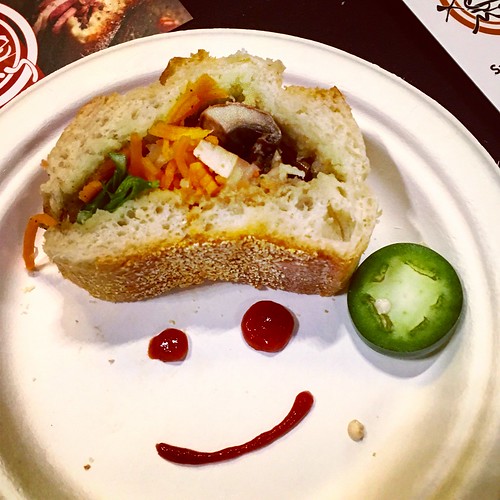 For less traditional brunch dishes, Tygershark brought brunch and dinner together with their brisket congee topped with a quail egg. We also enjoyed the delicious torta de pato from the Black Ant, which was a corn bun stuffed with duck carnitas, potatoes, and salsa. 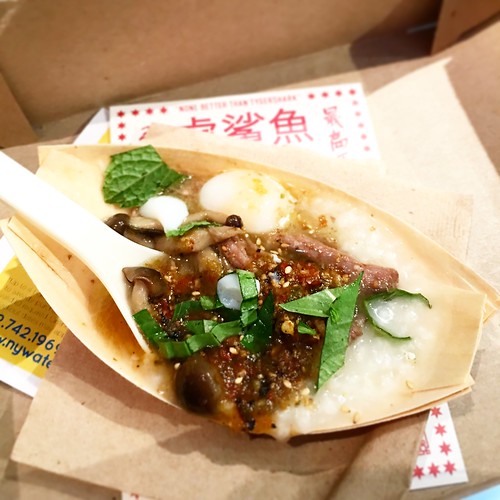 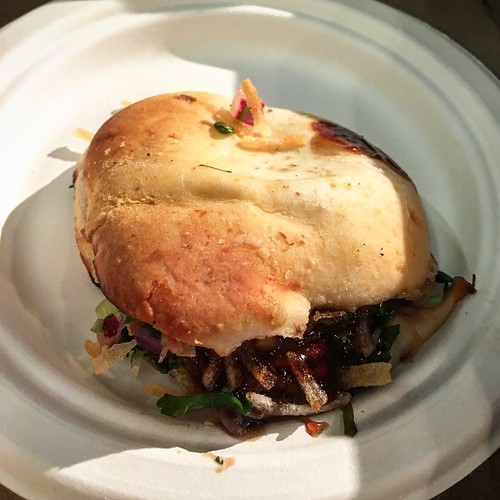 We really enjoyed the original Jianbing crepe with bacon and Vermont maple syrup from Jianbang & Co. They made each crepe in front of you which was very cool to see how quickly and skillfully they make them. The whole thing took only about a minute – check it out in fast-forward mode!

Not sure that I would have thought order a full Cuban sandwich for brunch, but that may change after trying StreetsBK‘s Cuban sandwich with red mojo sauce. Nhà Minh took an interpretation on one of our favorite books about brunch with their green duck eggs and Vietnamese ham in a crepe pinwheel. 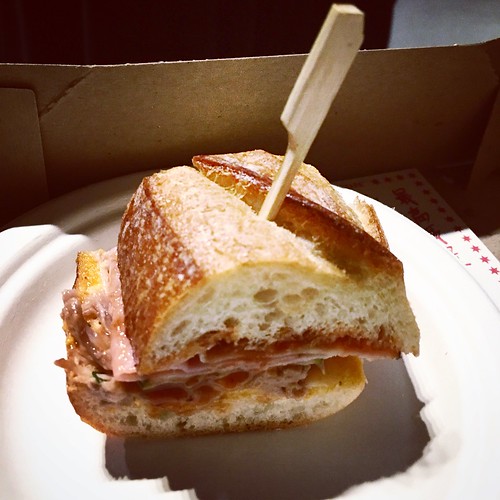 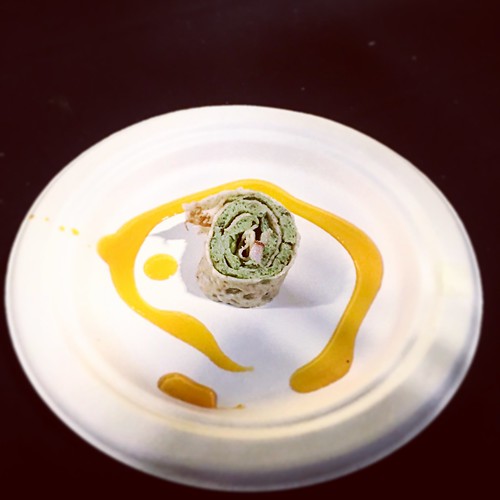 For dessert, Dough Donuts had an array of their best flavors mini-sized. Underwest Donuts served up old-school cake donuts, which are usually on the denser side, but these were still quite light. 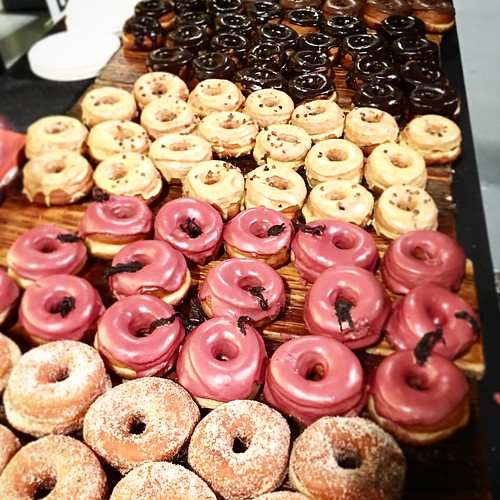 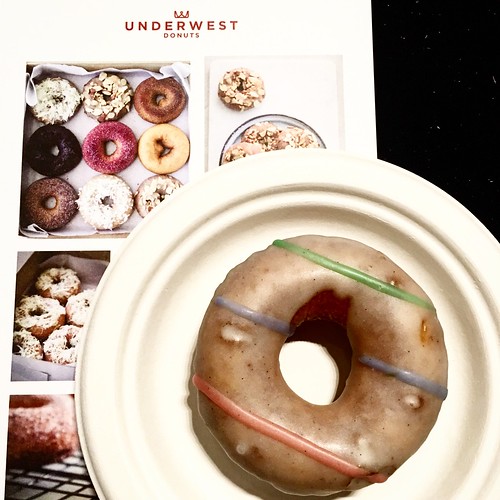 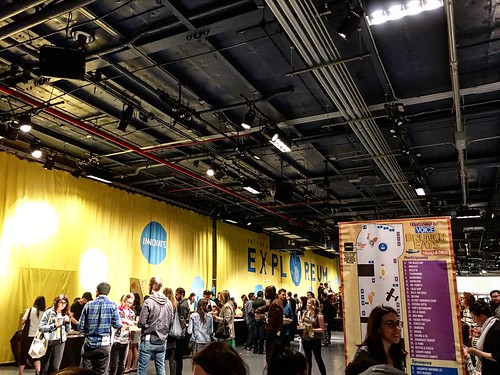